One of the surprises in the war in Ukraine has been the sheer number of Russian losses.

A NATO official said Wednesday that 7,000 to 15,000 Russian troops have been killed since the invasion was launched in late February. That has been compared to the Battle of Iwo Jima, at which 6,852 U.S. troops were killed in five weeks in some of the bloodiest fighting of World War II. A Russian media outlet offered a similar number Tuesday when it said that almost 10,000 Russian troops had been killed, but it later pulled that report, saying that it had been hacked.

The same NATO official said that there have been up to 40,000 Russian casualties, which includes those who were wounded, taken prisoner, or killed. If true, that would constitute a fifth of the total troops deployed into Ukraine, which was around 190,000.

At least six Russian generals and dozens of military officers have been killed, Ukraine has said. These deaths are particularly disastrous for Russia, as there are in many cases simply no replacements who can step up to take on these specialized roles, leaving troops scattered and without qualified authority. Many of these deaths were among colonels, who play an outsized role in organizing on-the-ground action, with one foreign diplomat describing them as “the backbone of the Russian army.”

These heavy losses are a disaster for Russia, which had anticipated and only prepared for a speedy victory.

The Pentagon says that a military unit becomes unable to carry out combat-related tasks if it has experienced a 10 percent casualty rate. With such losses, a unit does not have the troops required to fulfill the disparate roles required of a unit, leaving it with unfinished jobs that leave it vulnerable and exposed. Morale in these high-casualty situations suffers considerably, as troops are confronted with the deaths of many of their compatriots and experience great fear for their own lives.

Evelyn Farkas, who was a top U.S. defense official on Russia and Ukraine during the Obama administration, told the New York Times that when there are casualties, “Your overall situational awareness decreases. Someone’s got to drive, someone’s got to shoot.”

“Losses like this,” she said last week, “affect morale and unit cohesion, especially since these soldiers don’t understand why they’re fighting.” 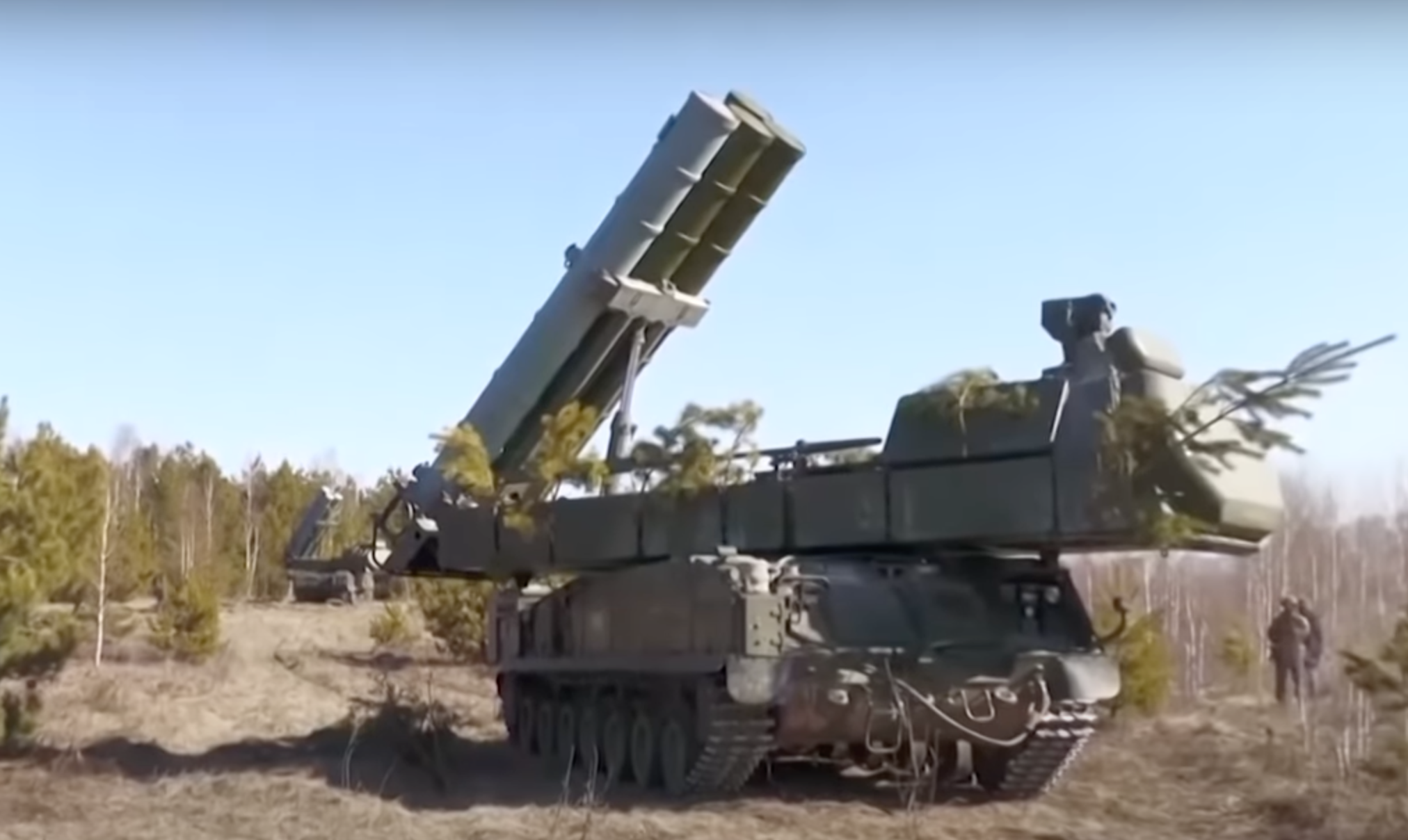 Russia’s Defense Ministry released this footage this week of an an air defense missile system. (WCNC/YouTube)

A Western official reported that morale among Russian troops is indeed “very, very low,” while another said that the troops are “cold, tired, and hungry,” according to the BBC.

There are reports that Russian tank units are experiencing some of the greatest numbers of casualties. This is particularly ruinous as they are the key part of Russia’s ground forces and Russian strategy has included deploying huge numbers of tanks in convoys that stretch for miles. Ukrainian forces have found success with anti-tank weapons from the West, including the British Next Generation Light Antitank Weapon and the American Javelin. Videos in Western media outlets have gone viral showing Ukrainian troops blowing up Russian vehicles with these missiles.

Elite fighter pilots have also experienced a high casualty rate, one Western official told CNN. “They’ve lost a bunch of planes,” the official said. “That really affects pilot morale.” Despite predictions that Russia would quickly seize control of Ukrainian airspace, it has failed to do so. Taking control of the air is considered crucial in modern warfare.

The high number of casualties explains why Russian troops have stalled outside of Kyiv. Russian tank units who were deployed for the mission of taking over the city have been left as sitting ducks as greater and greater casualties make the situation ever more desperate. 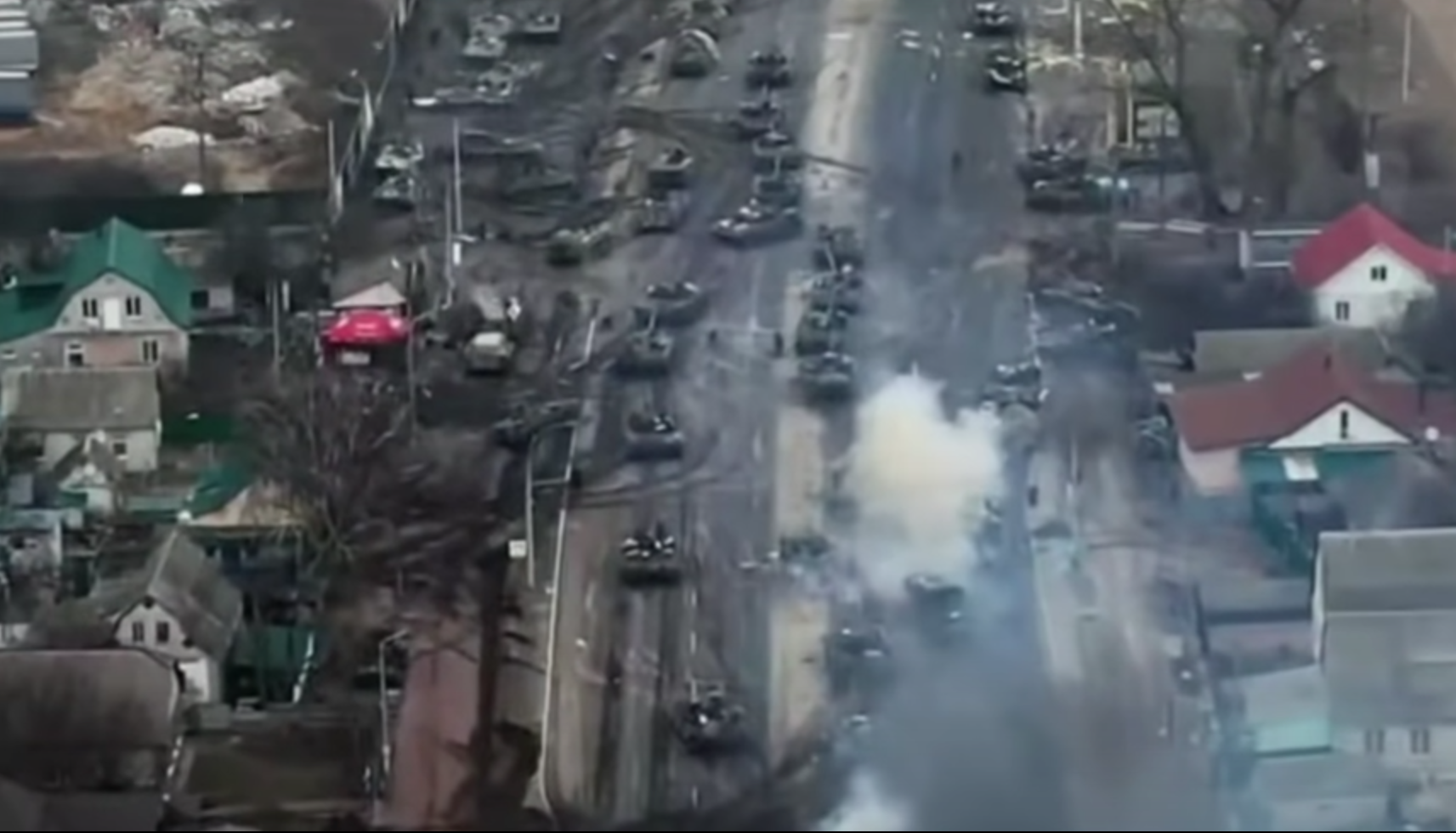 Russian forces have therefore ceased efforts to advance towards Kyiv, a U.S. defense official said Wednesday, saying that the Russians nine miles outside of Kyiv “are basically digging in. They are establishing defensive positions.” He said, “It’s not that they are not advancing. They are actually not trying to advance right now.”

Ukrainian officials say that the bodies of Russian soldiers are strewn on the ground where fighting has occurred and that Russia is failing to collect its fallen and return their bodies to their families. Even so, the chairman of Ukraine’s state-owned railway company said that the Russians had refused the offer of refrigerated train cars for this purpose. “For the sake of ‘victorious’ propaganda, they are ready to deprive mothers of even the opportunity to bury the bodies,” he said on the social media platform Telegram. One can imagine that such a treatment of their war dead would not inspire resolve in the remaining Russian troops.

According to the U.K. defense ministry, Russia is now likely to deploy conscripts and reservists to replace those it has lost. These troops are much less effective than professional soldiers. One NATO official told the BBC that turning to these troops showed that Russia was “scratching the bottom of the barrel.” There are reports that conscripts are already abandoning gear and deserting. (READ MORE: What’s Really Happening in Ukraine?)

“This would be a huge material and manpower loss and a devastating shock to Kremlin prestige,” said Ben Hodges of the possible encirclement on Thursday, calling it a “huge opportunity.” He was previously the commanding general of the United States Army Europe.

Putin’s war is not going to plan. As the casualties mount higher and higher, Russian forces will continue their breakdown.