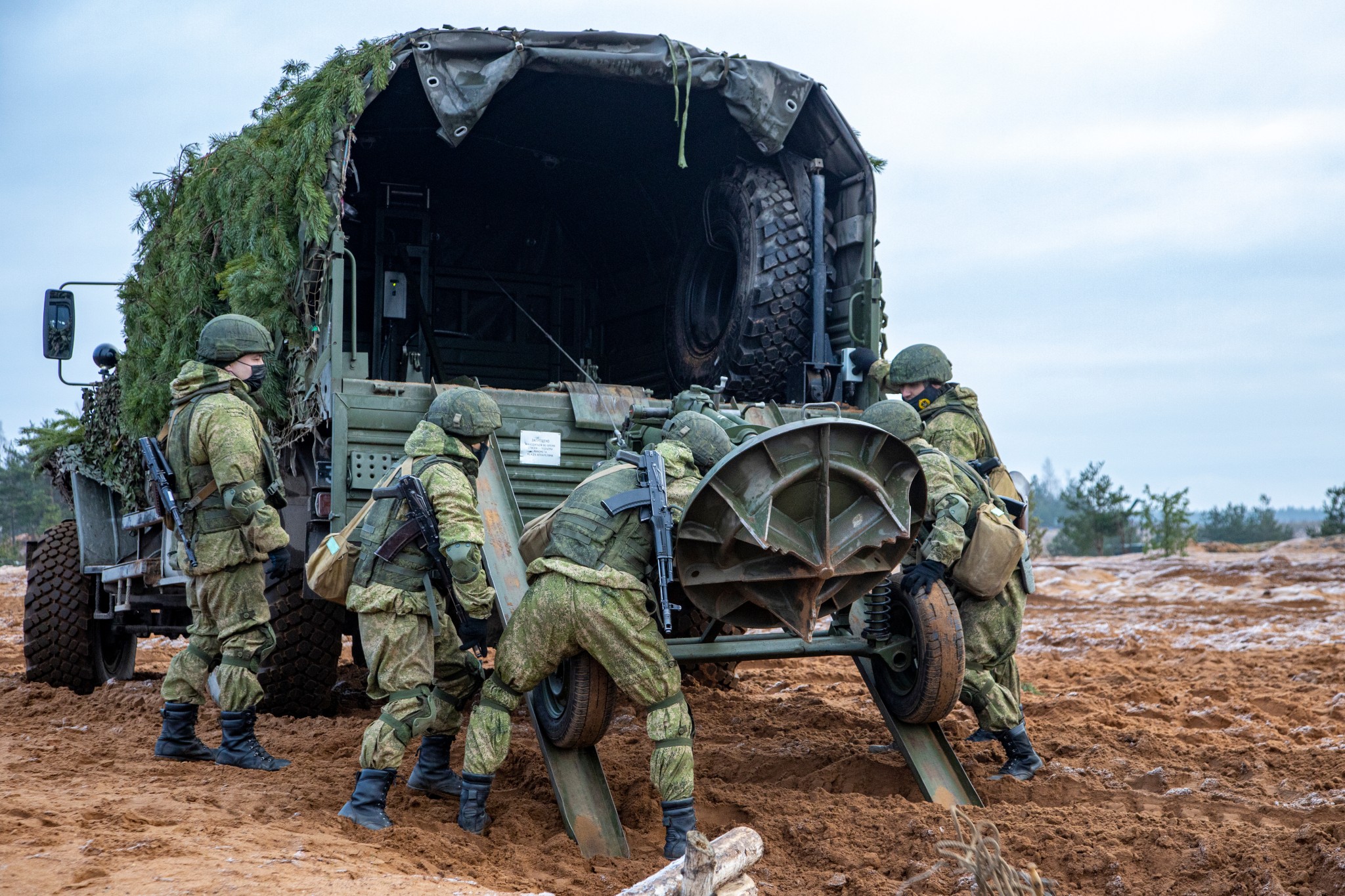 The Times of London published a horrifying account Monday of an anonymous Ukrainian woman from outside of Kyiv who says she was raped multiple times by two Russian soldiers after they murdered her husband, who was an unarmed civilian. She said one of the soldiers, who held a gun to her head, said, “I shot your husband because he was a Nazi.” Her 4-year-old son sobbed during the ordeal in the adjacent boiler room.

The woman reported the incident to the police after her sister-in-law encouraged her to do so. “I understand that many people who have been hurt would stay silent because they are afraid,” she said. “Lots of people don’t believe terrible things like this happen.”

The Kremlin denied the woman’s account last week after Ukraine’s prosecutor general, Iryna Venediktova, highlighted it. Russian President Vladimir Putin’s press secretary, Dmitry Peskov, said “It is a lie,” and “we don’t believe it at all.”

On March 17, four members of Ukraine’s Parliament appeared in the British House of Commons to accuse Putin of crimes against humanity and to detail the tactics Russian soldiers used to terrorize Ukrainian citizens.

One of the members of Parliament, Lesia Vasylenko, said atrocities were being committed “against the most vulnerable of the vulnerable.” There were reports, she said, of women being raped in cities near Kyiv. Cities near Kyiv have been especially affected by the invasion as Russian forces have been stalled outside the city after failing to capture it. Many of these women are elderly, she explained.

“We’re talking about senior citizens of Ukraine. Most of these women … have either been executed after the crime of rape, or they have taken their own lives. The main problem is that victims and families do not have the strength or capacity to come forward,” she continued.

“These women are usually the ones who were unable to get out,” she said.

Earlier this month, Svetlana Zorina, a Ukrainian citizen from Kherson, appeared on CNN and alleged that she knew of a 17-year-old girl from her city who was raped and killed. “We are scared; they already started to rape our women,” she said. “There was information from people who I personally know, that a 17-year-old girl, it’s happened to her and then they killed her.”

“They already started to rape our women. There was information from people that I personally know, that 17-year-old girl, it happened to her and then they killed her. So we are terrified and scared, but we are not going to give up.”

Ukraine’s foreign minister, Dmytro Kuleba, has said there have been “numerous cases” of Russian soldiers raping women in Ukraine.

While it is not currently possible to prove these specific women’s claims, the repeated accounts coupled by demonstrated atrocities on a massive scale are sounding the alarm that Russian soldiers may well be carrying out heinous acts of sexual violence against Ukrainian civilians.

Sexual violence has been used in wartime for thousands of years and was documented to have occurred in virtually every major conflict of the 20th century. According to the UN, rape committed during war “is often intended to terrorize the population, break up families, destroy communities, and, in some instances, change the ethnic make-up of the next generation.”

Sexual violence by Russian soldiers may be another example of the evil perpetuated in Russia’s invasion of Ukraine.