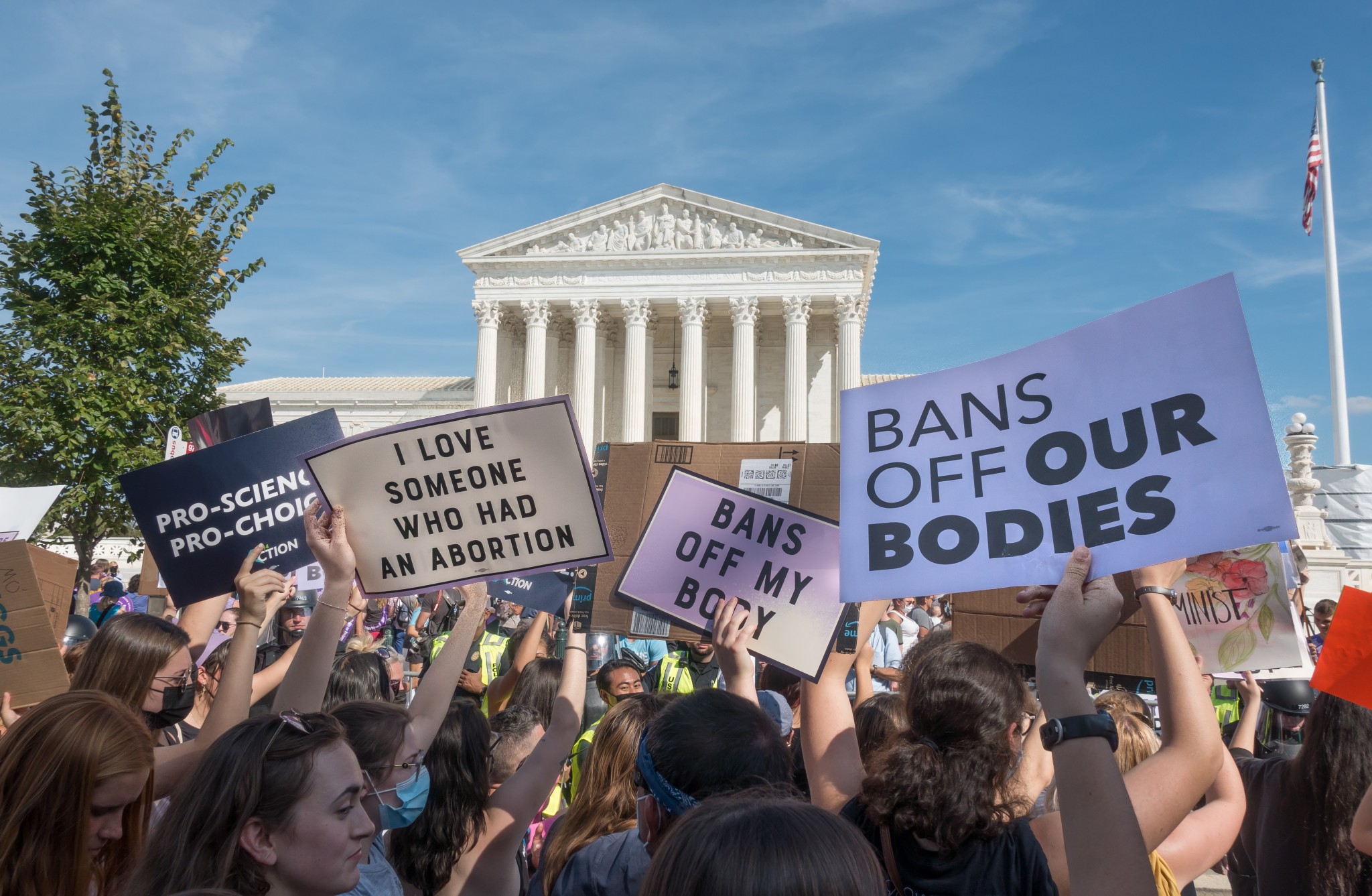 Throughout the 2015-16 campaign for the Republican presidential nomination, I urged conservatives not to nominate Donald Trump. I repeatedly wrote against Trump, including at this venerable publication, outraging many of my faithful readers. When November 2016 arrived, I did not vote for Donald Trump. Of course, I most certainly didn’t vote for Hillary Clinton. I wrote in another Republican instead.

One of my chief concerns was that I could not imagine that Trump, a lifelong pro-choice, playboy, billionaire, and obnoxious New Yorker, truly had become pro-life and would nominate pro-life justices to the U.S. Supreme Court. I had additional issues with Trump, but that one really stood out.

In turn, many pro-life conservatives urged me to nonetheless vote for the lesser of two evils when it came to abortion. The Supreme Court — plus countless other court appointments at other levels — hung in the balance. If Hillary Clinton was elected, we would lose the courts for at least another generation. You would never reverse Roe v. Wade and its companion case of insanity, Planned Parenthood v. Casey. Pro-lifers insisted on voting to save the court.

In that respect, they were right. I still had much I didn’t like about Trump, but the man proceeded to govern as the best pro-life president the country ever had. It was astonishing, and I was shocked every step of the way, but it is indisputably true. A pro-life colleague of mine who loathes Donald Trump insists that Trump did what he did for pro-lifers strictly for political expediency. Even if that were the case (for the sake of argument), it is undeniable that Trump became the most effective pro-life president ever, including more so than my buddy Ronald Reagan.

Most critical and most obvious, of course, were Trump’s three court picks: Neil Gorsuch, Brett Kavanaugh, and Amy Coney Barrett. They gave you this reversal of Roe and Casey. Had Hillary Clinton been president, you would’ve gotten three more like Harry Blackmun, William Brennan, and Ruth Bader Ginsburg (even as RBG knew and candidly admitted how flawed Roe was). (For the record, Reagan gave us Sandra Day O’Connor, the awful Anthony Kennedy, and just one outstanding pro-life pick — Antonin Scalia.) Hillary Clinton quickly came forward after the Dobbs announcement to denounce a new “day of infamy” for America.

That said, what does this decision overturning Roe really mean?

Roe v. Wade is a legal absurdity that any sane jurist not jaded by poisonous ideology would concede was utterly without foundation in the U.S. Constitution.

Roe was ridiculously based on a “right” to an abortion invented and extended from a so-called “penumbra” or “shadow” of a “right to privacy” lurking somewhere in the arcane recesses of the Constitution. In fact, neither abortion nor even the word “privacy” are mentioned in the Constitution — no, not one time — even as the rights and protection of “life” are mentioned three times (in the Fifth and Fourteenth Amendments).

Roe v. Wade is a legal absurdity that any sane jurist not jaded by poisonous ideology would concede was utterly without foundation in the U.S. Constitution. The reality is that the Constitution is silent on abortion, which is why the federal government should never have enshrined it. It should have been left to the states. This was something that Judge Robert Bork tried to explain to Sens. Joe Biden and Ted Kennedy and feminists and liberals everywhere over 30 years ago, and for which he was called everything from a misogynist to a gargoyle.

And so, abortion now goes to the states. What does that mean?

Despite feminist hysteria, this certainly does not mean an end to abortion. Not at all. You will now see the emergence of abortion states — the abortion states of America. Already leading the charge at the state level are the likes of New York’s new pro-choice governor, Kathy Hochul, and Gov. Gavin Newsom of California.

Vigorously supported by President Joe Biden, Hochul and Newsom are militantly committed to battling the efforts of states like Mississippi and Texas and others to limit abortions to the time of the unborn child’s heartbeat. The Texas action outraged Biden, who has promised to throw the “whole of government” against it. The bill infuriated Hochul and Newsom, who have responded by offering their states as destination centers for women nationwide to come for abortions.

“Abortion access is safe in New York,” Hochul ensures, “To the women of Texas, I want to say I am with you. Lady Liberty is here to welcome you with open arms.” She vows: “We will help you find a way to New York.” (Hochul was also careful to include “birthing persons” in her invitation.)

As for Gavin Newsom, he vows to make California a “reproductive freedom state.” “These are dark days,” says a dour Newsom.

What’s happening with states like California and New York is something that many of us have long expected. Which states will be the dominant abortion states? Figuring that out isn’t rocket science. The answer is simple and predictable: Go to political maps of presidential elections and look at the blue states vs. red states; that is, Democrat states vs. Republican states. The firmly Democrat states, especially on the West Coast and Northeast, will become America’s abortion states. They will roll out the red carpet.

For states like New York and California, this process has already begun. The governors there are eager to fly the Roe flag as premier destination centers for abortion.

That sad reality ought to give some measure of comfort to pro-abortion forces — and yes, some of them are truly pro-abortion. They should be immensely satisfied with what they got from Roe. They got themselves nearly 50 years of legalized abortion. That means over 60 million abortions. They threw open wide the doors to abortion “clinics” in every state. This long, evil period was long enough to get them to a crucial hump they needed, namely: chemical abortions, abortions by pill, do-it-yourself-at-home abortions. This was symbolized by the perverse group of young pro-abortion women who stood outside the Supreme Court a few months ago and en masse swallowed down abortion bills.

From here on, countless abortions will be done that way — as well as in the abortion states.

Pro-aborts should be thrilled with what they got and where they are now headed. They will hardly miss a beat. Don’t worry, pro-aborts, your “choice” remains an option.

As for pro-lifers, they should nonetheless celebrate this great victory — and yes, thanks to President Donald Trump. Roe v. Wade was a monstrous injustice, a colossal sin, and a dark, dark stain on America. Its reversal is a wonderful moment.