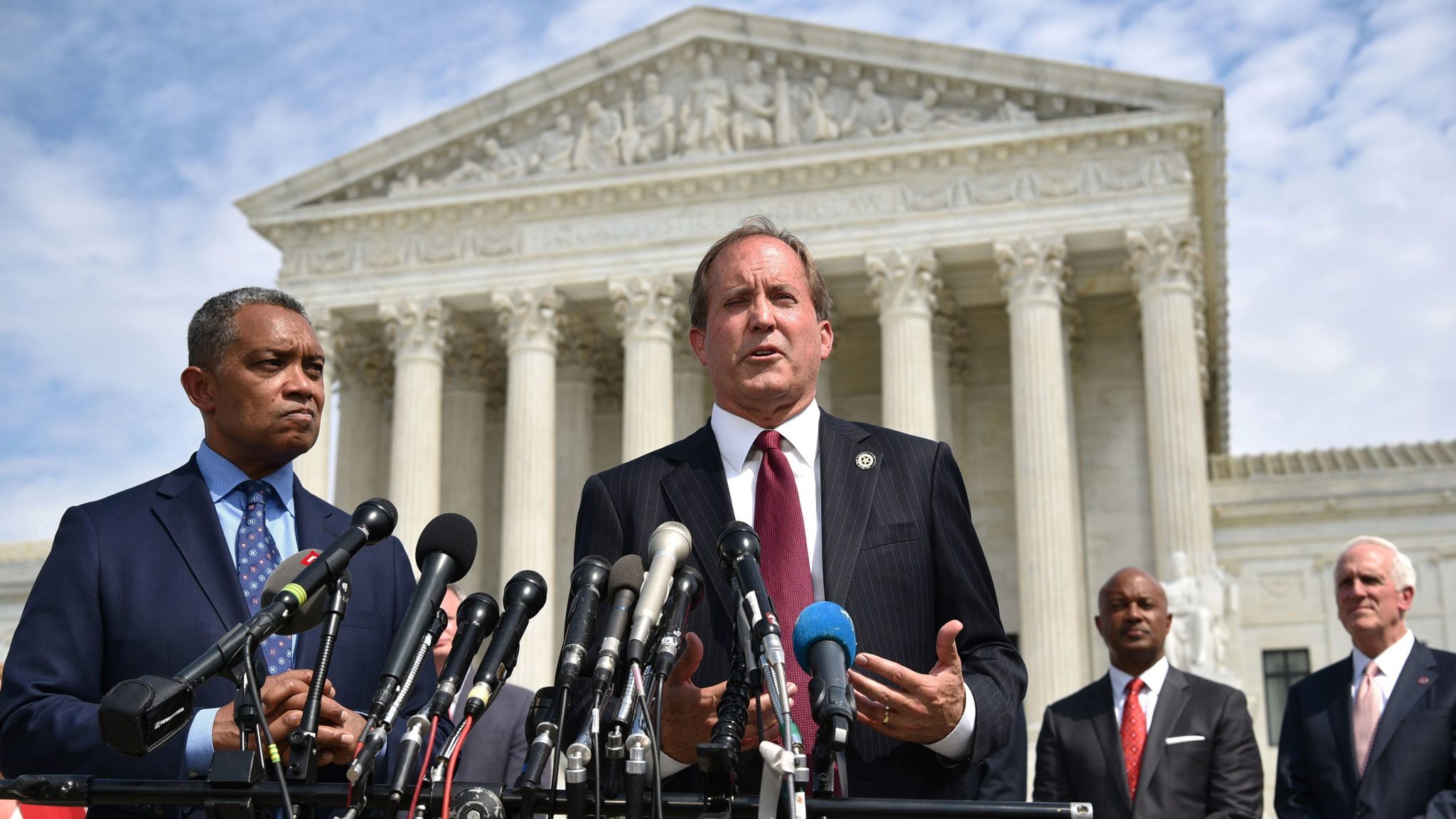 On Monday, Texas Attorney General Ken Paxton filed a lawsuit directly with the Supreme Court alleging that Georgia, Michigan, Pennsylvania, and Wisconsin ignored statutes enacted by their legislatures in violation of the U.S. Constitution’s Electors clause. The lawsuit further accuses these states of violating the 14th Amendment’s Equal Protection clause by using more favorable criteria in determining the validity of votes cast in Democratic districts, citing the Court’s 2000 ruling in Bush v. Gore, which prohibited differential standards for ballot tabulation. Despite being written off as a publicity stunt by the defendants, the Court docketed the case and gave them until Thursday, December 10, at 3 p.m. to file responses.

Meanwhile, Texas has been joined in the effort by 18 additional states and President Trump. As with every case Republicans take to the Supreme Court, the usual chorus of progressive “experts” has inevitably characterized Texas v. Pennsylvania as devoid of merit and a potential threat to the republic. Richard L. Hasen, a University of California law professor and CNN contributor, provides the following sophisticated argument: “What utter garbage. Dangerous garbage, but garbage.” Stephen I. Vladeck of the University of Texas Law School provides an equally cogent critique: “It looks like we have a new leader in the ‘craziest lawsuit filed to purportedly challenge the election’ category.”

The legal reasoning these people use to support such Solomonic wisdom is a little thin, of course, but it always is when Republicans — particularly President Trump — seek redress. The most ironic charge leveled at the Texas lawsuit, and others challenging the 2020 election results, is that it somehow undermines the electorate’s faith in the democratic process and their trust in our government. This is pretty rich considering the antics of losers like Hillary Clinton and Stacey Abrams. Indeed, the former famously advised Joe Biden that he should not concede defeat on the night of the Nov. 3 election. One wonders what exactly she knew when perusing this summary of the lawless activity listed in the Texas complaint:

Wisconsin: The Wisconsin Elections Commission (WEC) flouted a legislative prohibition against the use of drop boxes for absentee ballots, ignored a state law requiring mail-in voters to certify signatures in the presence of a witness, and allowed voters unlawfully declare themselves “indefinitely confined” in order to avoid photo ID requirements.

These violations, mind you, don’t get into the many instances of alleged fraud in these states. They are merely the rampant violations of election laws enacted by the various state legislatures involved. And, at the risk of being repetitious, none of the state officials, agencies, or courts listed above can legally make these changes without legislative consent. In Pennsylvania, it was quite literally illegal to open and count mail-in ballots after Election Day, and no court in the Commonwealth had the authority to change that. In Georgia, it was illegal to relax signature verification rules. In Michigan, it was illegal to “cure” ballots. In Wisconsin, it was illegal to mass deploy drop boxes for absentee ballots.

This is what Paxton, along with the various state officials who have joined Texas v. Pennsylvania, is trying to remedy. It is why 106 GOP members of the House have jointly filed an amicus brief supporting the Texas lawsuit. The Democrat officials of the four battleground states named in the complaint cynically exploited the COVID-19 pandemic in order to inundate the electorate with unlawful ballots while studiously ignoring the statutory requirements concerning how they had to be legally processed, evaluated, and counted. It is not, in other words, the Texas lawsuit that undermines the electorate’s faith in the democratic process. It’s the four defendants. As Paxton phrased it:

Georgia, Michigan, Pennsylvania and Wisconsin destroyed that trust and compromised the security and integrity of the 2020 election. The states violated statutes enacted by their duly elected legislatures, thereby violating the Constitution. By ignoring both state and federal law, these states have not only tainted the integrity of their own citizens’ vote, but of Texas and every other state that held lawful election. Their failure to abide by the rule of law casts a dark shadow of doubt over the outcome of the entire election. We now ask that the Supreme Court step in to correct this egregious error.

The logic of this, and the evidence, by the way, is difficult to overcome. Once again, however, we are at the mercy of the Supreme Court — a singularly unpredictable group of people. In the end, their ruling in Texas v. Pennsylvania will indicate whether we are a nation of laws or a nation of men. Moreover, no matter what they decide, a lot of Americans will be very angry. If the Court rules against Texas, 74 million Trump voters will be “discontented” at the very least. If the justices rule in favor of Texas, a significant number of Biden supporters will go back to burning down their own cities. In other words, universal contentment isn’t one of the Court’s choices. Perhaps they should just follow the law.