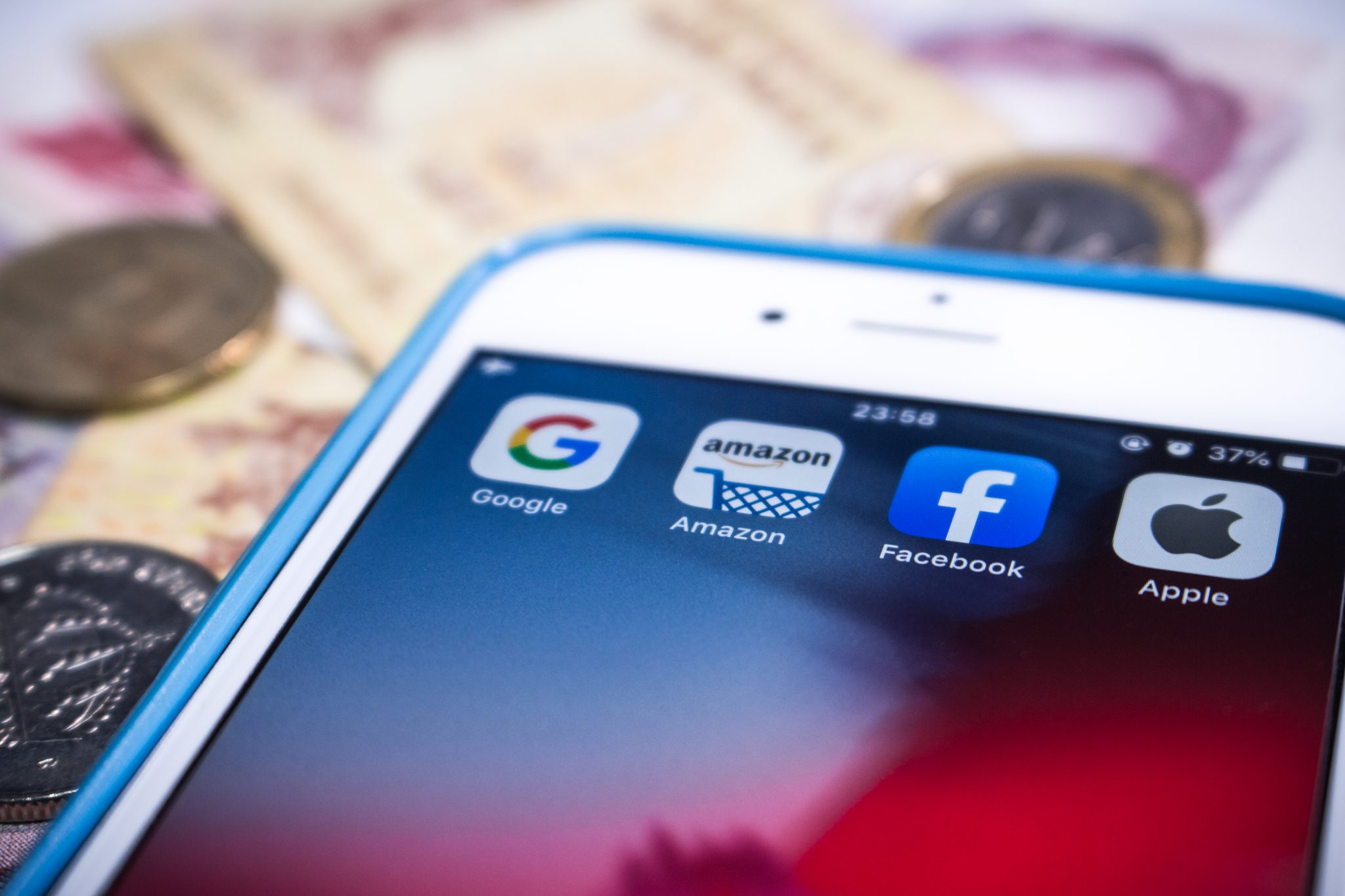 At noon today, four of the world’s most powerful men will be brought together (via videoconference) to argue that they’re not so powerful after all.

Jeff Bezos of Amazon, Mark Zuckerberg of Facebook, Tim Cook of Apple, and Sundar Pichai of Google will be brought before the House judiciary’s 15-member antitrust subcommittee for the first hearing of its kind since Bill Gates defended Microsoft from charges of monopoly in 1998. Originally scheduled for Monday, the event was postponed to Wednesday due to Rep. John Lewis’s funeral.

This hearing represents the culmination of a monumental 13-month investigation by the subcommittee, in which lawmakers sorted through hundreds of hours of interviews and over 1.3 million documents obtained through 93 requests for information.

Anything could happen. The videoconferencing format is unprecedented. Having all four men testify together may bring to mind the “seven dwarfs” of Big Tobacco rebuffing Congress in 1994, but most Americans are used to seeing just one tech executive on the stage at a time. As Casey Newton quipped on The Verge last week, it will be like “15 prosecutors trying four murder cases simultaneously … on Zoom.”

Most important of all, Big Tech has become a painfully partisan issue in a way that tobacco never was. Conservatives are well familiar with social media restrictions on right-leaning speech on every level from the Commander in Chief himself down to anonymous Q-Anon boosters. The six-member Republican minority in the subcommittee is unlikely to allow the likes of Zuckerberg and Pichai get away without plenty of scrutiny.

On the left, ire toward Silicon Valley has revolved around accusations of monopoly and privacy invasion, with prominent Democrats from Bernie to Biden attacking Big Tech earlier this year. The subcommittee’s nine-member Democratic majority, led by Chair David Cicilline (D-R.I.), can be expected to give voice to these concerns.

What is clear is that the four men’s companies hold awe-inspiring power between them. Collectively, they are worth close to $5 trillion. Their wealth, employee base, brand recognition, and influence afford them enough soft power to rival whole countries. Above all else, they have become effectively synonymous with parts of everyday life that Big Tobacco or even the Big Banks never could have touched. Apple is the king of personal devices and controls an enormous chunk of the independent app development market. Among the three of them, Amazon, Google, and Facebook control most of the world’s advertising revenue, web searches, and online retail, along with a good portion of its media, particularly video content.

Yet antitrust cases have rarely been trickier to handle. America’s precedent for action against monopolies mostly derives from an era with no resemblance to the Big Tech landscape of today. Two issues stand above all others. First, precedent from a past era when monopolies overcharged for goods or services is difficult to translate to an industry where services are often provided for free (at least ostensibly). Second, the incredible network effects enjoyed by internet-based companies, and especially social media firms, make it difficult to create a traditionally competitive environment: split Facebook in half, and within a decade one of its successors will be in control of the market again.

Whether or not the legal case exists, however, it is clear that many lawmakers, companies, and consumer advocates alike have bones to pick with Silicon Valley. As many commentators have observed, what the CEOs say today may be less important than the sheer image of a group of corporate oligarchs getting together, Big Tobacco–style, on one screen.

The young Mark Zuckerberg has the dubious distinction of being the most experienced member of the group when it comes to talking directly to Congress, having attended three such hearings in the past two years.

Indeed, Zuckerberg has virtually become the avatar of Big Tech’s increasingly frosty relationship with Capitol Hill, having been reprimanded by lawmakers from both sides of the aisle for alleged missteps, including, but not limited to, privacy violations, censorship, permitting hate speech, and serving as a platform for election interference activities.

The antitrust case against Facebook is robust given the firm’s aggressive acquisitions of potential competitors such as Instagram and WhatsApp. There is also a possibility that its overseas expansion strategy, which famously consists of effectively introducing Facebook as equivalent to the entire internet to consumers in developing countries, may be called into question.

Though Facebook may be the face of Silicon Valley’s dispute with Capitol Hill, Google has the most to lose. It is already facing the possibility of a mammoth antitrust action by the U.S. Justice Department. Google single handedly controls about 30 percent of the U.S. digital ad market and an incredible 86 percent of the search engine market. Through its subsidiary YouTube, it controls somewhere north of 60 percent of the online video market by hours watched, with the remainder dominated by Facebook and its subsidiary Instagram.

It currently stands accused of using anti-competitive tactics to maintain its search engine lead, while also using that lead to promote its own products over those of competitors.

The consumer electronics titan faces a somewhat narrower challenge in the form of justifying its app store practices. Through serving as a gatekeeper of sorts for app developers wishing to break into the huge smartphone market, Apple plays an outsize role in determining practices in the industry.

Two aspects of Apple’s app store policy are facing particular scrutiny: its practice of taking a 30 percent cut from app sales, and its habit of prioritizing its own apps over alternatives.

The e-commerce leader promises to be the most interesting company present at the hearing, if only because of its CEO Jeff Bezos. The bald billionaire is as mysterious as he is wealthy, and today will be his first appearance before Congress. Just as importantly, it will be his most high-profile appearance to date before a hostile audience, and it will be interesting to see how he performs.

Amazon faces a similar charge to Google and Apple. It sells its own products via its platform, and is accused of harvesting data from competing sellers to give itself a leg up.

The enemy of my enemy

We can expect to see many of the same arguments that have been employed repeatedly in recent years to defend Silicon Valley from regulatory scrutiny. Their services are free. They embody American innovation. They serve as platforms that have provided countless jobs and opportunities for third parties.

Expect to also see China thrown into the conversation. TikTok’s sudden ascent in the social media network scene has both lawmakers and tech tycoons nervous for understandable reasons. Mark Zuckerberg no doubt chafes at the fact that Facebook receives constant attention from regulators while its Chinese rivals are permitted, and indeed encouraged, to establish monopoly positions and then expand overseas. Given this, the CEOs may attempt to position themselves as American stalwarts against the encroachment of ByteDance and WeChat. We’ll see if lawmakers are convinced.