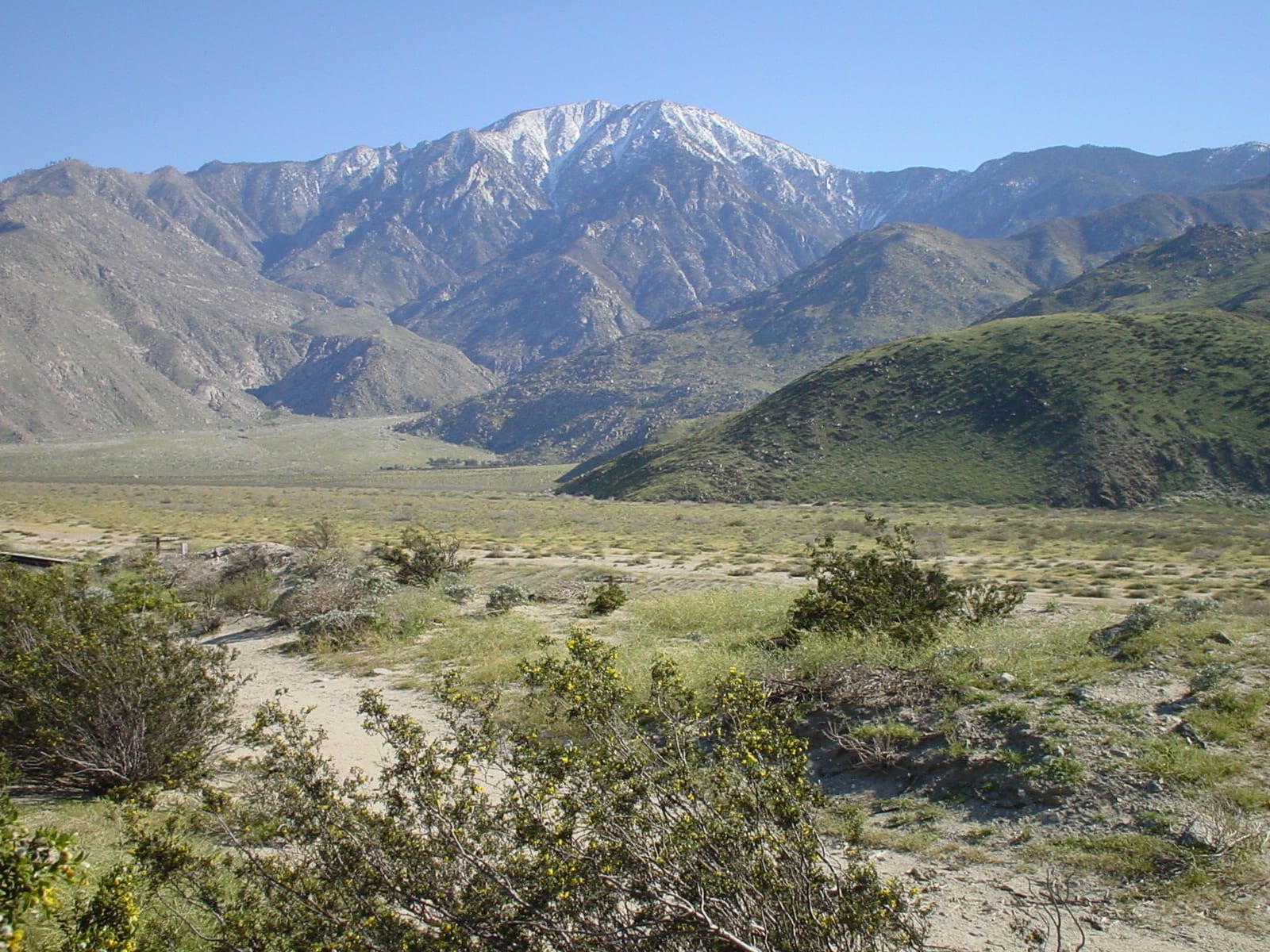 We’re still here in the desert. Day after day the weather is perfect. My wife is always still sleeping when I get up, breathing loudly. She breathes so loudly that she sounds like one of Warren Buffett’s BNSF trains roaring by our house in Sandpoint, Idaho. No, she’s louder. But I put on my fabulous Bose headphones and listen to the Traveling Wilburys and I smell the fantastically attractive smell of rose bushes and orange blossoms and grapefruit blossoms (if there are such things). I hear no snoring. Out the window I see the swimming pool and the golf course and a lake and birds and the mountains. Finally we have snow on the tops of the mountains. It’s an amazing sight to see while I swim — snow on mountain tops while I swim. The water is 90 degrees and there is not a cloud in the sky.

I usually have an Ensure for breakfast. It’s a meal supplement and I adore it. Sweet but not too sweet, goes down smoothly, doesn’t leave me bloated.

I usually attack my texts at that point. “Attack” is the right word. The texts are often from men and women asking for money for all sorts of causes. My number one favorite is a young woman from Down Under who repeatedly tells me she is a huge fan and is in love with me and would like for me to read her love poetry aimed at me.

The poems are not bad at all, and wildly flattering. But at the end of each poem is a price tag, such and such hundred dollars per poem. I keep telling her that it’s not really comme il faut to ask for money for a love poem.

She asks for money anyway and I am so stupid that I usually give it to her.

Then there is a woman who writes me asking advice on what her hair color should be. Also on what exercises I am doing for “bikini season.” I keep telling her that I have never worn a bikini and never will. That doesn’t stop her at all.

Then I usually go to my 12 step meeting at a plain-looking but well air-conditioned hall in Palm Desert. It’s a great meeting and I always feel better after I leave it. But then I have to go home and check on my wife — the high point of my day. She’s often still sleeping but by then it’s 2 PM so Gemma, our Filipina nurse, wakes her up and gives her a large fruit and bacon brunch. For my part, I have leftover steak, and then I put back on my super-duper Bose headphones and lie next to wifey, holding her hand.

I spend a lot of time thanking God for letting me live in America, the greatest refuge that man ever created. I pray endlessly for the families and the souls of those who died in agony fighting the Nazis and the Japanese and the Communists to keep us free. I have air conditioning. Hot water. Indoor plumbing. Super abundance of food. Warm blankets. And freedom to do as I wish all day long. Yes, and I owe every bit of it to men and women who never even knew me, but who fought and lost lives and limbs so that I, a total unknown to them, could live in peace and prosperity. What thanks is possibly even remotely adequate?

One might be to pay the ones who are in the armed forces right now a living wage, so they and their families could live comfortable lives. A second step would be to make 12 step meetings available to all veterans. The suicide rate among military people is a sin. People in surrender to God through the 12 steps don’t commit suicide. It’s free and let’s make it real. Paying for every military college age kid to attend the best college he can get into is another step.

Look, we are expecting these people to die for us. We can treat them a lot better than we do.

Tonight I fell asleep for a long time as I was thinking these thoughts — and then I went off to do a TV show talking about Facebook and breaches of data. I said I didn’t think the breaches affected FB’s value as an investment.

Then off to a fancy bistro called Mastro’s for some snacks. A woman came up to me at the bar and told me she knew me from Sandpoint. She was extremely kind and gave me part of her dessert of a sort of shortbread with butter sauce (yum!).

Then a woman sidled over to me and asked me if I still liked Trump. “I am not sure he’s right in the head,” I said. “But he’s incomparably better than Hillary would have been. She’s really not a well woman. Just exploding with hostility.”

“But don’t you know Trump is leading us into nuclear war?” the woman asked.

“We’ve never been so close to nuclear war,” she said.

“That’s just not true. We were much closer during the Cuban Missile Crisis of 1962,” I said.

She had lost interest by then. Her boyfriend was giving her obscene gestures from across the bar and she had to go back to him.

Bob and I started to drive home. I had a text from a friend asking if I didn’t think that the whole Mueller thing was a witch hunt. “Yes. That’s just what I think,” I said. “It’s a witch hunt fueled by the ambition of Mr. Mueller and the rankling hatred of outsiders by the permanent deep state of DC.”

What incredible good fortune for America, I thought, that we have a President not afraid to stand up to the Deep State. There’s a great line in Fitzgerald’s The Last Tycoon in which the narrator notes the daughter of a studio mogul telling a hot new arrival, referring to Hollywood, “This is a small town. We don’t like strangers here.” Very true about DC. Very true about Hollywood. And Trump is the ultimate stranger. He’s a stranger, a rocker of the established order, everywhere he goes. Bad thing about tariffs. Good thing about Mueller.

Anyway, I have to go to sleep. I’m watching a documentary about women in World War II. The parts about the Bunde Deutscher Mädchen (female part of the Hitler Youth or close to it) are especially compelling and terrifying. The Nazis were perfect evil, but they had a certain wicked magic about them. Wicked. Whatever is beyond wicked. And why do people hate Jews so much? Enough to murder six millions of us? Why? How can anyone hate anyone else that much? Because Darwin said it had to be done? Maybe.

But I have to go to bed now. My wife and I will pray and then sleep time.

In a cocoon of gratitude, especially for my wife. Mrs. America.