Affirmative action as practiced by universities today is characterized by total lawlessness. It is in blatant violation of the bounds ruled permissible in Grutter v. Bollinger in 2003. While the Court said that affirmative action must be narrowly tailored, colleges today use race as a predominant factor that determines whether or not a student will gain admission.

There is also evidence to suggest that elite universities in the nine states where affirmative action is illegal use race as an admissions factor. Would another Supreme Court decision make colleges suddenly start complying with the law? Doubtful.

But whatever the Court’s decision, one can be certain that college admissions departments will continue practicing far-reaching affirmative action. The administrators at these schools and their admissions departments are too racist against Asian students and obsessed with the racial demographics of their student body to do anything else.

To be sure, there will be some changes to how universities use race if the Supreme Court does rule against Harvard. Colleges will be forced to adjust their admission policies and practices in some ways to avoid getting sued. Thus, the average ACT scores of Asian, white, black, and Hispanic students at elite universities would likely move closer to each other, which would be a change from the current standard of requiring totally disparate academic standards for each race.

Take, for instance, what Rod Bugarin, a former admissions officer at Wesleyan, Brown, and Columbia universities, said: “The bar is different for every group. Anyone who works in the industry knows that.” He added that without affirmative action “our elite campuses will look like UCLA and Berkeley,” and “[t]hat wouldn’t be good for Asians or for anyone else.”

Another former admissions officer at Vanderbilt who was quoted anonymously in the Students for Fair Admissions brief said, “Asians are very good students, but they don’t provide the kind of intellectual environment that Jewish students provide.”

So while colleges would make some changes to their admissions practices, the same admissions officers who are ideologically devoted to giving priority to a student’s race aren’t going to throw that out the window.

In Students for Fair Admissions v. Harvard, a group of Asian American students accuse Harvard University of discriminating against them by accepting students of other races who had equivalent grades, test scores, and extracurricular activities at vastly greater rates.

They cite surveys the Harvard Crimson gave to incoming freshmen in recent years which had a nearly 80 percent response rate. According to the surveys, the average SAT in 2017 for East Asian and Indian respondents was 2299. For African Americans, it was 2107. This is a 192-point difference.

If Harvard selected students primarily based on their achievements and talents, you would expect that the racial makeup of its classes would vary over the years and that there would be similar standardized test scores across races. But that’s not what happens. Year after year, Harvard’s incoming freshmen classes mysteriously have a racial makeup within narrow percentages of each other.

In addition, Harvard’s admissions officers systematically give Asian American students lower personality scores than students of other races. To add insult to injury, the Harvard admissions officials often justified these lower scores on the basis of Asian stereotypes, like saying that the student was quiet or studious.

One Harvard official summed up an Asian student’s application this way in internal documents: “scores and application seem so typical of other Asian applications I’ve read: extraordinarily gifted in math with the opposite extreme in English.”

Another Harvard admissions official described an Asian applicant as “He’s quiet and, of course, wants to be a doctor.”

The Harvard case is similar to the Trump Department of Justice’s lawsuit against Yale University (which the Biden administration dropped). In that case, the DOJ performed in-depth statistical analysis on the differentials in admissions standards across races at Yale. The evidence was damning.

Essentially, a Yale applicant’s race was entirely determinative as to whether or not their SAT or ACT score was good enough.

Harvard Is Not Alone In Its Lawless Racism

Disregard for the law is widespread in college admissions departments in the United States. Colleges regularly ignore both the Supreme Court’s rulings and state laws on affirmative action.

But today, there are still huge differentials in LSAT scores between what law schools term “underrepresented minorities” — black students, Hispanic students, and Native American students — and white and Asian students.

At the University of Michigan Law School, the average white or Asian student who was accepted for the class matriculating in 2021 had an LSAT score three points higher than the average black, Hispanic, Native American, or other “underrepresented minority.”

An LSAT score plays a huge role in the law school admissions process. And rightly so. Multiple studies show that an LSAT score is the most accurate predictor of a student’s success in law school.

But this acceptance data would suggest that there are totally different admissions standards for Asian and white students than for black or Hispanic students at the University of Michigan. Under Michigan law, that is illegal.

The University of Michigan is not the only university discriminating by race. The University of California—Berkeley School of Law, which is ranked the ninth-best law school in the United States by U.S. News and World Report and is in a state where affirmative action is illegal, has an LSAT differential between “underrepresented minorities” (read: preferred races) and white and Asian students of 2.7 points for the class matriculating in 2021.

Part of the problem is that university admissions practices are notoriously shrouded in secrecy. It is difficult to prove that admissions officers gave an advantage to black or Hispanic students because each individual admissions decision is complex and subjective. People are more than their scores and grades, so their personal factors can easily be used by an admissions officer as an excuse to make a decision actually based on a student’s race without it being clear. But when the numbers are aggregated, it becomes obvious that university administrators are systematically biased against Asian students.

The late Justice Ruth Bader Ginsburg made this observation about the opaqueness of the college admissions process. In her dissenting opinion in Gratz v. Bollinger, the 2003 case considering the University of Michigan’s undergraduate admissions policy of giving black and Hispanic students an automatic 20-point bonus towards their admissions score, Ginsburg wrote: “If honesty is the best policy, surely Michigan’s accurately described, fully disclosed college affirmative action program is preferable to achieving similar numbers through winks, nods, and disguises.”

And while there are myriad stories from the mainstream media about how black undergraduate enrollment fell at the University of Michigan immediately following the state ban on affirmative action in 2006, the number of racial minorities at the university has been substantially increasing for many years. In 2013, 18.9 percent of the University of Michigan’s undergraduates were racial minorities. By 2020, that number had increased to 37.9 percent.

The University of Michigan says it has been able to achieve this change by new recruitment policies and creating a university environment that is more amenable to racial minorities. For instance, the university has one of the largest diversity, equity, and inclusion departments in the nation, which has over 75 full-time employees.

“It’s a courtship,” the University of Michigan’s enrollment manager Kedra Ishop told the New York Times in explaining how she was able to increase black enrollment.

The university maintains that it is a “cautionary tale” about what happens when affirmative action is made illegal. 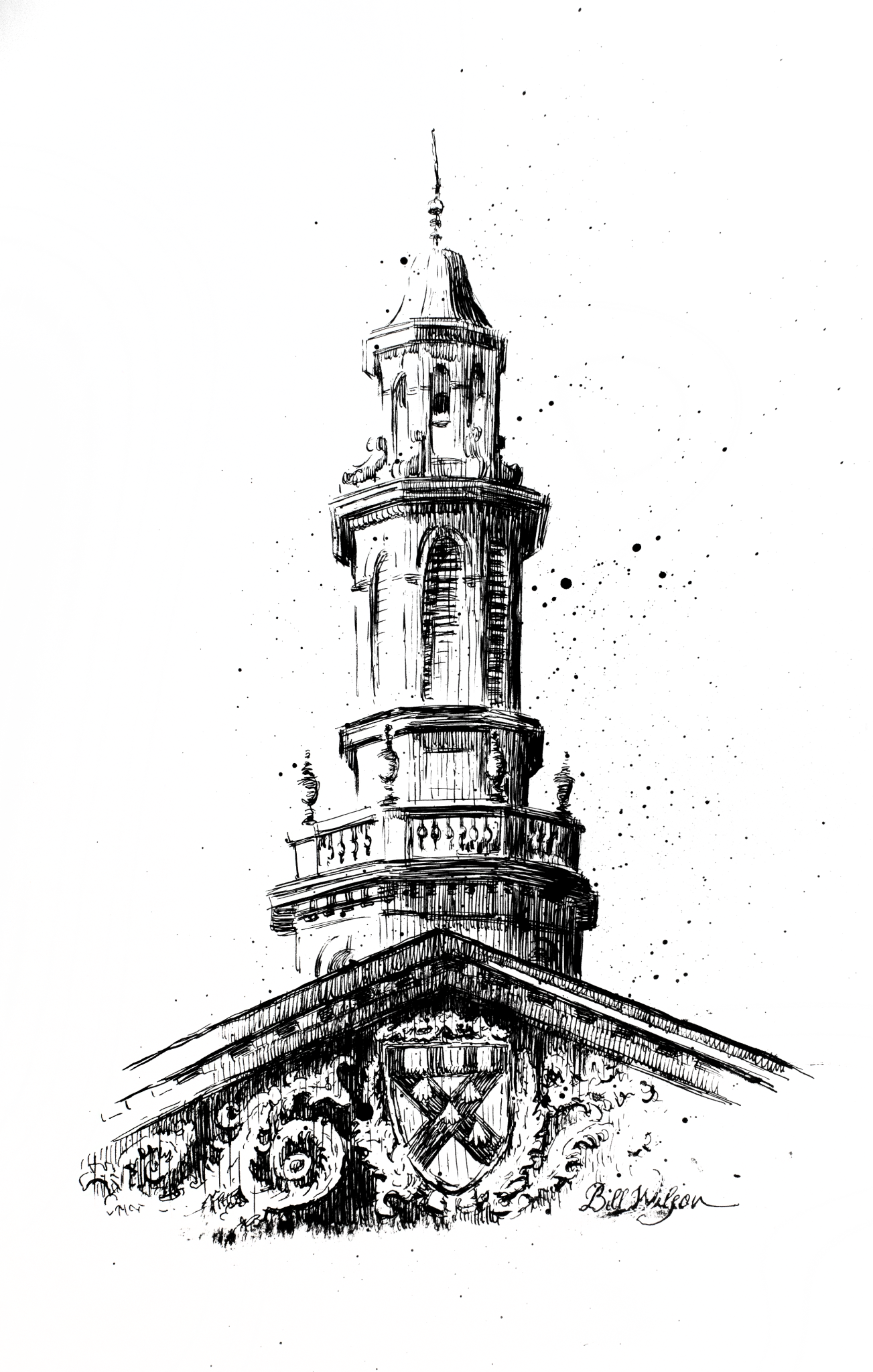 Could the Supreme Court Rule Against Affirmative Action?

There’s good reason to think that the Supreme Court will make affirmative action illegal altogether. Chief Justice John Roberts has consistently upheld that any amount of affirmative action is in violation of the Constitution. In his first major decision as chief justice in 2007, Roberts wrote, “The way to stop discrimination on the basis of race is to stop discriminating on the basis of race.” Justice Clarence Thomas and Justice Samuel Alito both have long and consistent records of ruling that all forms of affirmative action are illegal — and have shown no signs of changing their stances.

How the three justices nominated by Trump will rule remains more uncertain. While many legal experts predict that they are of the same mind as Roberts, Alito, and Thomas, none of them have ruled on cases involving affirmative action.

The Court should set a firm line that affirmative action violates the Constitution on the basis of the Equal Protection Clause of the Fourteenth Amendment. Preferential treatment on the basis of race is not permitted under it.

While college administrators may continue to skirt the law as much as possible in order to use race in their admissions decisions, a clear decision from the Supreme Court is the only way to get closer to holding them accountable for their racism and to send a clear signal that discrimination on the basis of race is unconstitutional.