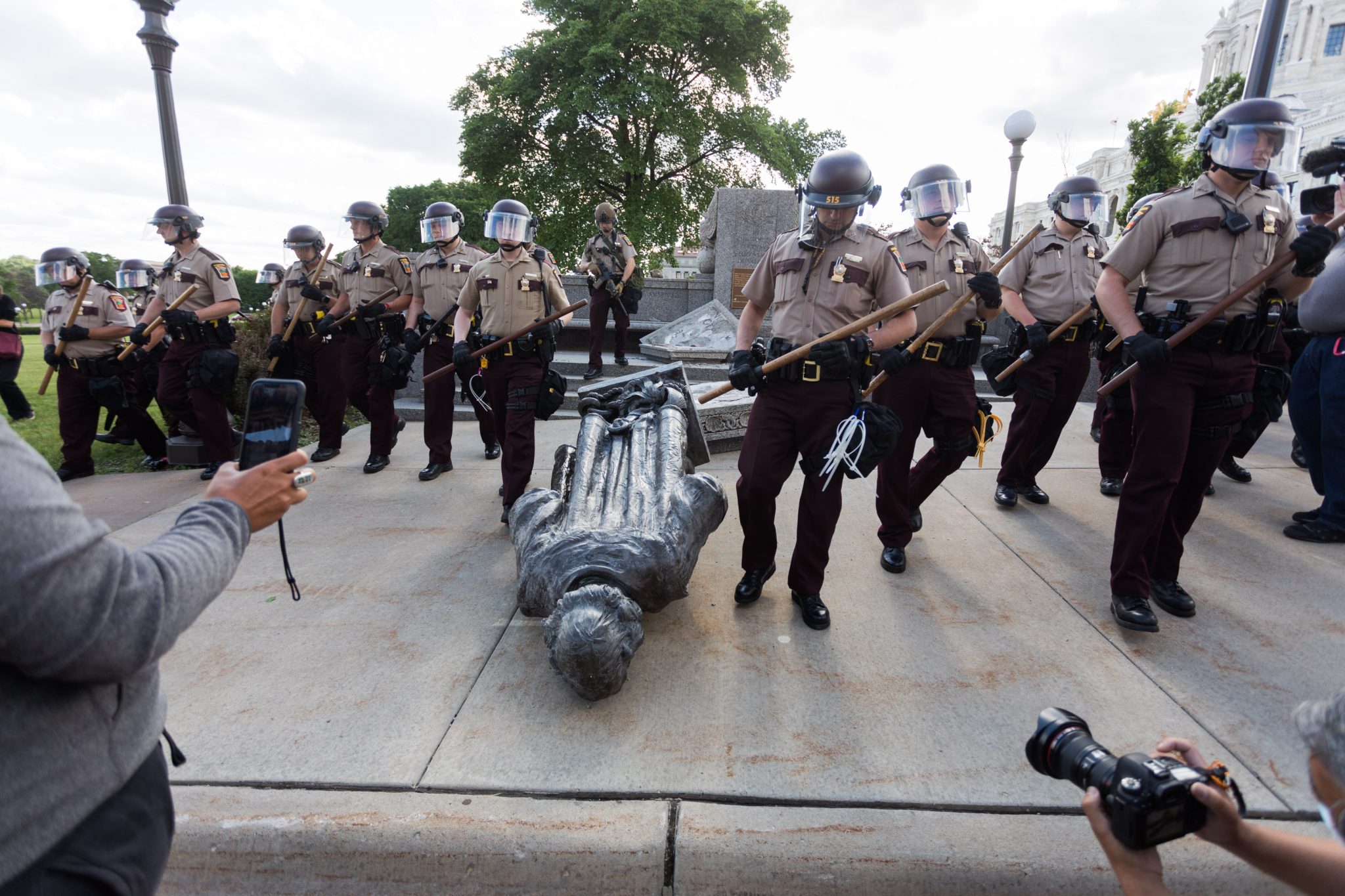 We are living in a time of history rejection. The statue destroyers hate history. Their grievance against Washington, Lincoln, Columbus, and others is that none of them was perfect.

Here’s the problem with judging someone using a standard of perfection — perfection does not exist in individuals or in society. It never has, and it never will. Counting on something that does not exist guarantees failure.

In debates Milton Freidman would sometimes ask, “What perfect solution on what perfect planet are you comparing this to?”

The statue destroyers ignore fundamental principles of justice. They find people guilty of violating standards that did not exist during the eras in which they lived.

Where does this stop?

No one is detached from the times in which he lives. None of us is saintly enough to create his own stand-alone morality. No flesh-and-blood participant in society is strong enough or smart enough to do that. How many times has it happened in the history of civilization? It would not require all the fingers on one hand to count them.

Attempting to erase evidence that Abraham Lincoln existed is fruitless. It may temporarily suppress history, but it does not make history go away. If the Washington Monument is destroyed, George Washington will remain the father of our country. Should our Constitution, as great a creation of mankind that has ever existed, be abolished because some of its authors owned slaves?

Our Founding Fathers had shortcomings. So did all other past human beings. They were not perfect, and neither are we. Judging them solely on the basis of their flaws is absurd. Victor Davis Hanson has pointed out that we are judging historical figures on the basis of their worst traits while ignoring their best traits and accomplishments.Jordan Peterson’s sixth rule of his 12 Rules for Life is “Set your house in perfect order before you criticize the world.”

Jesus put it this way: “Thou hypocrite, first cast out the beam from thine own eye; and then thou wilt see clearly to cast out the speck from thy brother’s eye.”

Do the statue destroyers have their own houses in perfect order? They apparently consider themselves the first perfect generation in human history. Have they actually achieved perfection, or have they merely surpassed all previous levels of arrogance?