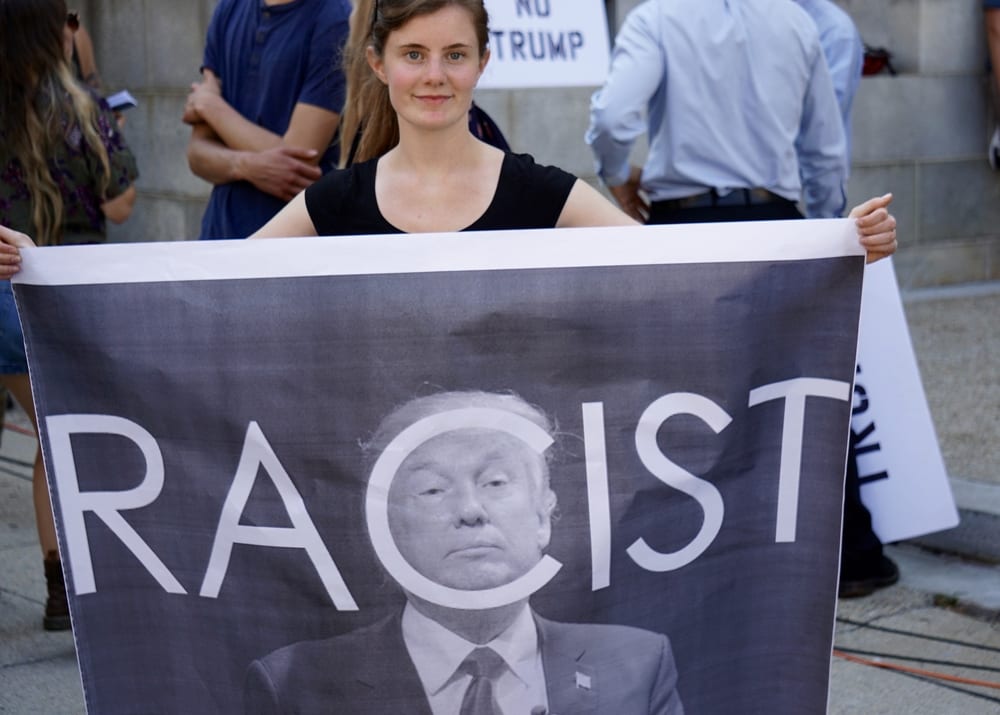 The intense hatred Democrats feel toward Donald Trump puzzles conservatives. What about him is so hate-worthy? Why such unrelenting intensity?

Trump haters possess a certain talent: an ability to read Donald Trump’s mind. What they see is not pretty. They know that Trump is a racist because they can scrutinize his thoughts.

Trump haters, with their sixth sense, know that when Donald Trump says words like “wall” or “travel ban” he isn’t using them according to the standard dictionary definitions, but as code words, or “dog-whistles.”

Thus it’s not really his words or his actions that generate the strongest hatred toward Donald Trump, it’s his thoughts. His thoughts are bigoted and despicable and he can’t hide them.

Trump haters all possess hate filters, but not the usual kind that filter out hate, rather ones that filter out everything that is not hate. For them, hating Trump is the key to deciphering his thoughts.

It follows that whenever Trump holds an opinion different from the haters it officially becomes a lie once he expresses it. Thus, the Washington Post calculates that he has told 19,128 false and misleading claims since taking office, roughly 15 lies a day, seven days a week, including vacations. Identifying and documenting all those lies would exhaust normal people, but not Trump haters.

The haters understand that Trump is psychologically incapable of doing anything good. Seeing his innermost thoughts, they know that once he touches something it turns bad.

The motto of the Trump haters is “Resist and Persist.” They’ve been religiously true to that motto for more than four years now. Their commitment is impressive. Credit mental telepathy for that.