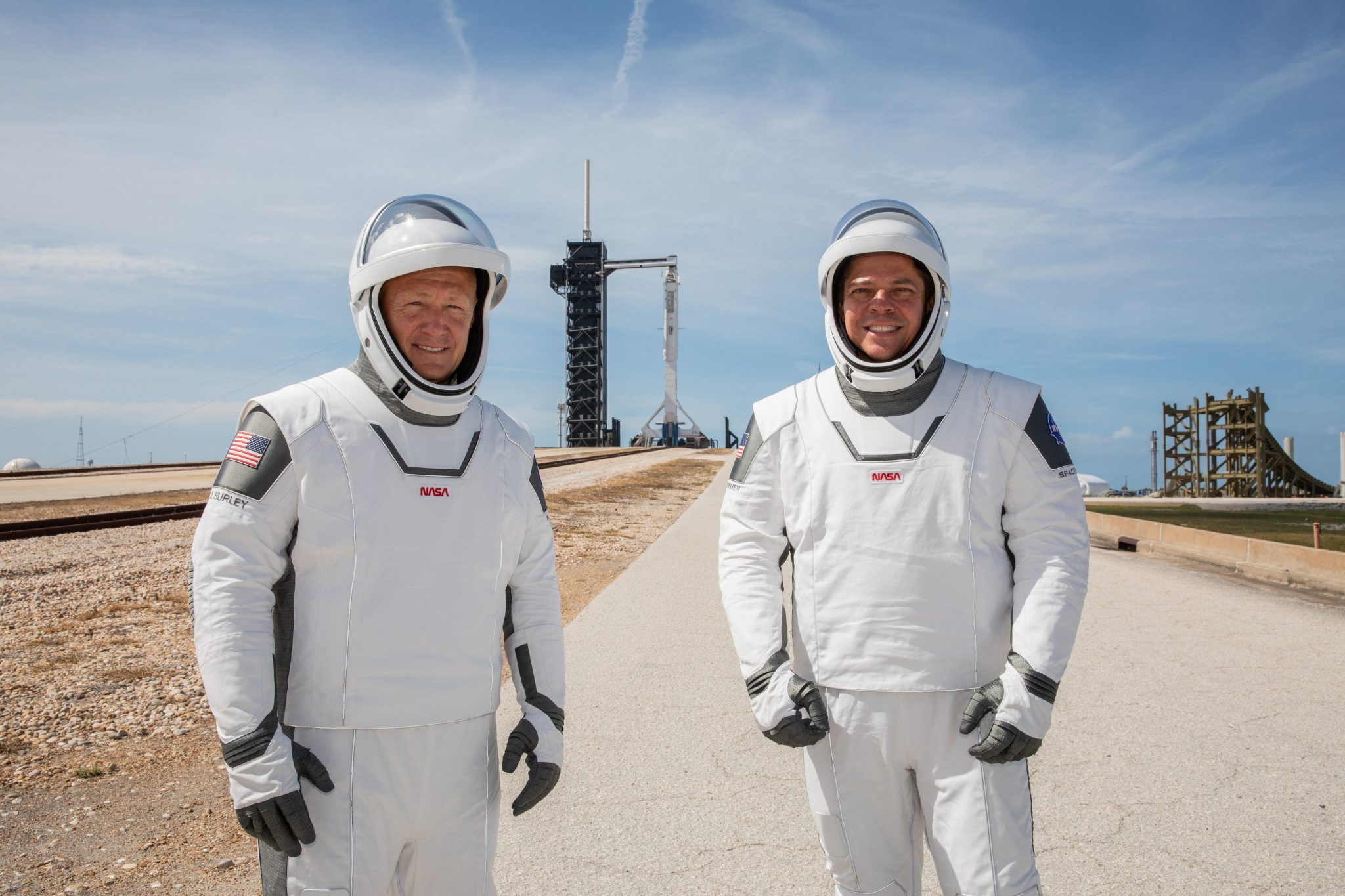 Assuming the weather holds up, this Saturday at 3:22 p.m. EDT will mark the first humans to be delivered into space from American soil since 2011. The launch, which was originally scheduled for this Wednesday but delayed due to thunderstorm clouds, will take two NASA astronauts — Douglas Hurley and Robert Behnken — to the International Space Station to assist the crew already there.

Perhaps the most significant aspect of this launch is that it would be the first orbital crewed spaceflight ever carried out by a private company, SpaceX — an enormous milestone to supersede the 2004 SpaceShipOne suborbital flight. It will also hopefully herald the return of recurring American manned space missions — ever since the NASA Space Shuttle program ended nine years ago, American astronauts have been forced to ride on Russian rockets for $86 million per head.

It’s no secret that The American Spectator has been critical of SpaceX CEO Elon Musk over the years. There has been serious scrutiny of costly launch failures in the past, most notably the $3.5 billion Zuma incident featuring a SpaceX launch vehicle in which a classified U.S. government satellite was lost during deployment (though later reports suggested that the failure was the fault of a separate component manufacturer and not SpaceX). There is also the issue that Musk’s companies have been the beneficiaries of billions of dollars in government subsidies. Indeed, the reporting on this latest launch was briefly overshadowed by the news that SpaceX’s requests for yet another round of subsidies, $655,500 for employee training, had been rejected by the state of California.

Yet a defense of SpaceX is also in order. Critics, including in this publication, have attacked Musk’s company for being heavily reliant on NASA contracts for revenue. But it must be remembered that there is no viable alternative for the time being, as regular spaceflight remains primarily the domain of sovereign states. There is no shame in contracting a private company for major undertakings, especially given the fact that SpaceX will charge almost 40 percent less per astronaut than the Russians, and employs American labor and expertise to boot.

The company’s record of failed launches is also somewhat overstated: with a 97.7 percent success rate, the Falcon 9 rocket being used for this latest mission is in line with industry standards of reliability, and superior to the 94.6 percent success rate of the Long March rocket series operated by China.

Elon Musk himself, for all of his eccentric behavior, has also been one of the most sensible high-profile figures during the lockdown fiasco, repeatedly criticizing the California government’s overreach and reopening his Tesla plant in Fremont despite local shutdown orders. Politicians such as San Diego Assemblywoman Lorena Gonzalez (of Assembly Bill 5 infamy) have responded by disparaging Musk on Twitter, but he deserves the support of any reasonable person.

SpaceX may continue to prove a timely and valuable partner to the U.S. government now that the Space Force has officially become a stand-alone branch of the armed forces. Musk was an early supporter of the idea and is now reportedly consulting with Space Force officials to improve military launch expertise. With the backing of President Trump — who was watching the aborted launch on Wednesday and will be back for the second attempt on Saturday — the two organizations may well have a fruitful relationship in the years ahead.

Of course, all of this is predicated on a smooth and successful launch this Saturday. It would be a much-needed display of American resilience and strength during a trying time. Godspeed to everyone involved.