A Further Perspective,Top Story BDS Movement,Israel,Palestine,Politics,President Trump,Rashida Tlaib Sovereignty Is for Suckers - The American Spectator | USA News and Politics
Menu
A Further Perspective
Sovereignty Is for Suckers
Did Reps. Omar and Tlaib play into President Trump’s hands? Or did he play into theirs?
by Debra J. Saunders
Rep. Rashida Tlaib (Grossinger/Shutterstock.com) 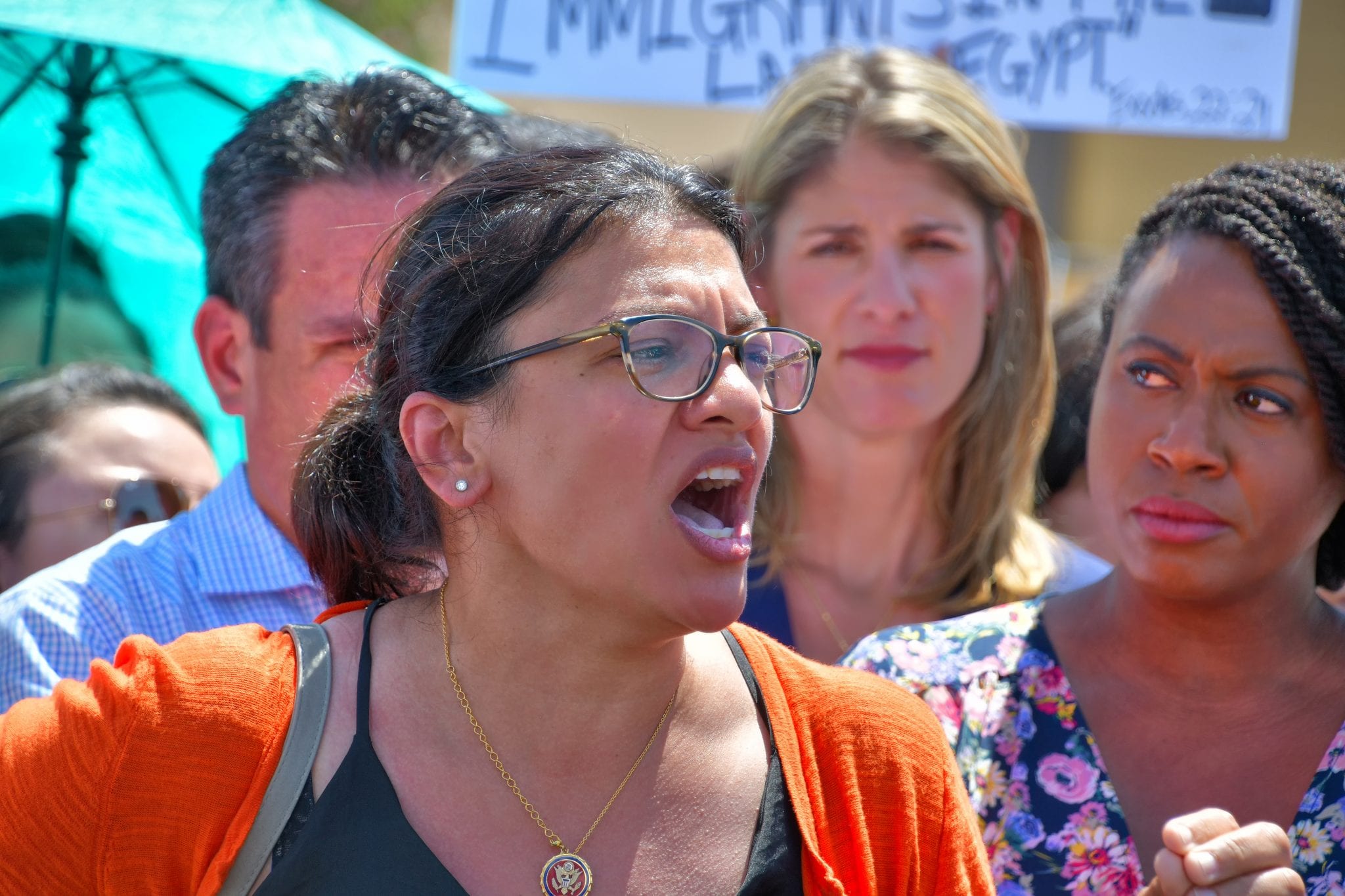 It didn’t take long for Rep. Rashida Tlaib, D-Mich., to throw her grandmother under the bus.

On Thursday, Israel had announced it would bar an official visit by Tlaib and Rep. Ilhan Omar, D-Minn., the first two Muslim women elected to Congress, because they support BDS — the boycott, divestment, and sanctions movement — meant to choke Israel economically. The announcement was in keeping with a 2017 Israeli law that bans the entry of foreigners who support boycotts of the Jewish state.

Thursday, Tlaib asked Israel for admission on humanitarian grounds so that she could visit her grandmother who lives in the West Bank. She offered to not promote boycotts against Israel during the visit.

On Friday, Israel said yes. And within hours, Tlaib announced she would not be visiting her grandmother under Israel’s “racist” terms. Instead, she chose the victim card.

It didn’t have to be this way. Tlaib and Omar had decided to skip a bipartisan co-delegation to Israel sponsored by the education arm of the American Israel Public Affairs Committee (AIPAC) — which was their right.

Instead, they put together their own itinerary to visit Palestine — not Israel — no doubt aware of the potential legal fallout given their sponsorship of a pro-BDS resolution.

The 2017 law notwithstanding, it looked as if the two Democrats would get their tour. In July, Israel’s ambassador to the United States, Ron Dermer, told the Times of Israel that Tlaib and Omar would be allowed into the country. “Out of respect for the U.S. Congress and the great alliance between Israel and America, we would not deny entry to any member of Congress into Israel,” he said.

On Wednesday, Israel signaled to Democrats in Washington that they might bar Tlaib and Omar. Enter President Donald Trump, who seems incapable of letting anything happen anywhere without it being about him — even at the expense of Israel’s image.

On Thursday, Trump tweeted, “It would show great weakness if Israel allowed Rep. Omar and Rep. Tlaib to visit. They hate Israel & all Jewish people, & there is nothing that can be said or done to change their minds. Minnesota and Michigan will have a hard time putting them back in office. They are a disgrace!”

Only then did Prime Minister Benjamin Netanyahu officially slam the door on Tlaib and Omar. Their itinerary, Bibi explained, “clarified that they planned a visit whose sole purpose was to support boycotts and deny Israel’s legitimacy. For example, they called their destination ‘Palestine’ and not ‘Israel.’ ”

Former Sen. Joe Lieberman, D-Conn., told CNN that he feared “this decision probably helps the boycott of Israel movement more than the two congresswomen ever could.”

Halie Soifer, executive director of the Jewish Democratic Council of America, told the Las Vegas Review-Journal that her group opposes BDS even as she recognized Israel’s right to decide which foreign nationals can enter the country.

But, Soifer argued, “It is absolutely unprecedented for a U.S. president to publicly pressure” Israel to bar elected American officials.

Soifer was especially critical of Netanyahu for feeding “Trump’s ongoing efforts to politicize this relationship.” To her thinking, the Israeli prime minister “was playing to an audience of one, our tweeter in chief.”

Remember all those times Trump has saluted the notion of every nation’s sovereignty? Forget about it. Whether Trump was the impetus for Jerusalem’s about-face, it’s clear that Trump’s desire to peel Jewish votes from the Democratic Party in 2020 loomed large in his decision to tweet what should have been private advice to an ally.

It doesn’t look good to the folks at AIPAC, who objected to the move.

Sen. Marco Rubio, R-Fla., tweeted, “Being blocked is what they really hoped for all along in order to bolster their attacks against the Jewish state.”

As far as Jewish Coalition Executive Director Matt Brooks is concerned, however, BDS is “a cover for anti-Semitism.”

“Being a member of Congress or an elected official is not a golden ticket for you to travel in bad faith to a host country for the sole purpose of using the country as a backdrop/platform to advance radical policy positions,” Brooks tweeted.

Is Brooks concerned that Trump is making the issue too partisan? “I’m a scrapper. I’m a fighter. I want a president who’s going to stand up and speak out against anti-Semitism” and oppose BDS, he said.

Me, I’m not so sure it’s good for Israel if Trump widens the wedge between Democrats and Republicans on the Jewish state. But he is not acting alone.

Omar has accused Israel of “evil doings” and charged that Washington support for the Jewish state was “all about the Benjamins.” Tlaib’s decision not to see her grandmother shows she was out to make Israel look bad.

House Speaker Nancy Pelosi argued that Israel’s decision was “beneath the dignity of the great state of Israel” and chided Trump for remarks about Tlaib and Omar, who aren’t exactly dignity personified.

Just last month, flanked with other first-term progressives of a foursome known as “the Squad,” Tlaib told CBS that the Squad was willing to talk to Pelosi, who should “acknowledge the fact that we are women of color, so when you do single us out, be aware of that and what you’re doing.”

They played the race card against Pelosi. Let them move that act to the Middle East.