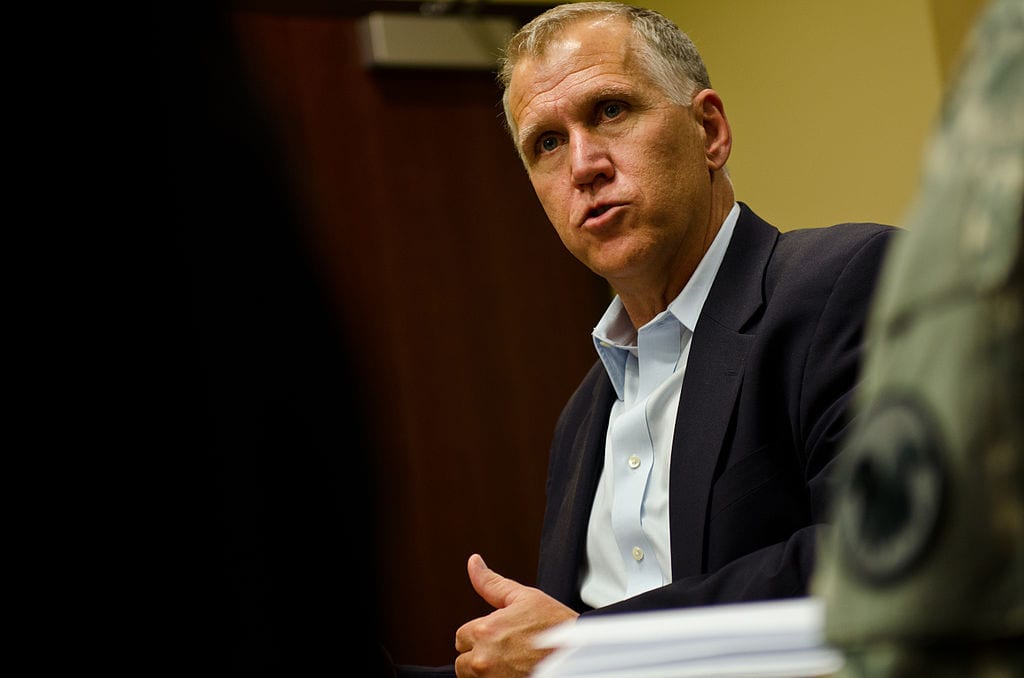 Donald Trump’s clarion call in his 2016 presidential campaign was “Drain the Swamp.” At rallies across the country Trump supporters chanted those three words relentlessly.

Candidate Trump may have drawn his inspiration from President Reagan who, nearly four decades ago, called for “draining the bureaucratic swamp in Washington.” Unfortunately, today, the swamp is deeper and more powerful than ever. And the American people trust Washington less than ever.

The swamp is determined to stop “outsiders” — like President Trump — dead in their tracks. An ongoing example of this is Trump’s fight to appoint conservative judges.

The bitter fight over the Kavanaugh nomination saw the opposition hurl the full weight of political correctness against the nomination in what became a highly partisan battle with little regard for truth. Another example is the battle over Trump’s nomination of North Carolinian Tom Farr to the Federal District Court bench.

Television commentator Brit Hume recently warned, “The term ‘racist’ is one of the worst things you can say about someone and it has been weaponized and widely used where clearly it does not apply.” Hume urged the media “to stop flinging the term ‘racist’ around indiscriminately.”

Farr’s nomination appeared to be heading for Senate approval along strictly partisan lines in the fall of 2018 when the Washington Democrats struck back in typical political fashion, branding Farr as a racist based on false claims about his role in Jesse Helms’ re-election campaigns in 1984 and 1990. It’s a sad fact the Democrats’ diatribe worked. Last fall, hours after saying he was going to vote for Tom Farr’s nomination, Republican Senator Tim Scott did an about-face and opposed Farr.

In a Senate with 51 Republicans and 49 Democrats the vote to confirm Tom Farr was canceled.

And the swamp won.

Republicans now have a larger (53 to 47) majority in the Senate, but Tom Farr has not been renominated and confirmed. Tim Scott still says no. The question is what will Thom Tillis, the North Carolina Republican who serves on the crucial Senate Judiciary Committee, do? Will Senator Tillis stand up and fight for Tom Farr’s renomination in the face of Tim Scott’s opposition? Or will insider politics rule the day?

The signs have not been encouraging.

A month ago, Senator Tillis told the Raleigh News & Observer (1/9/19) that “he was still looking into whether he would have Farr, who has long-standing ties to Republicans in the state, renominated.”

At the end of January Tillis told the News & Observer (1/30/19) “he was still looking into whether Farr had a path to confirmation in the Senate.” That sounded more like a Washington Insider hedging than a Senator girding for a fight on principle.

If the swamp is ever to be drained, Republicans are going to have to develop the backbone to push back. Too often “Mugwump” Republicans retreat back into the swamp. Washington politicians don’t ask themselves, “What’s the right thing to do?” — then say, “Let’s do it. And forget the politics.” Instead, with their fingers to the political winds they broker backroom deals.

Standing up to smear tactics is right. Each time a conservative like Tom Farr is confirmed is a victory over the swamp. And there is virtue in standing up and fighting for what’s right — even if you lose.

M. Stanton Evans once warned that all too often would-be conservatives “come to Washington to drain the swamp, but they discover instead that the swamp is a hot tub.”

Senator Tillis needs to get out of the hot tub and lead the charge for conservative Tom Farr.