by George Neumayr
The Supreme Court ruled that the religious freedom of Joe Kennedy, a former assistant football coach, was violated when he was prohibited from praying publicly after games. (ABC News/Youtube) 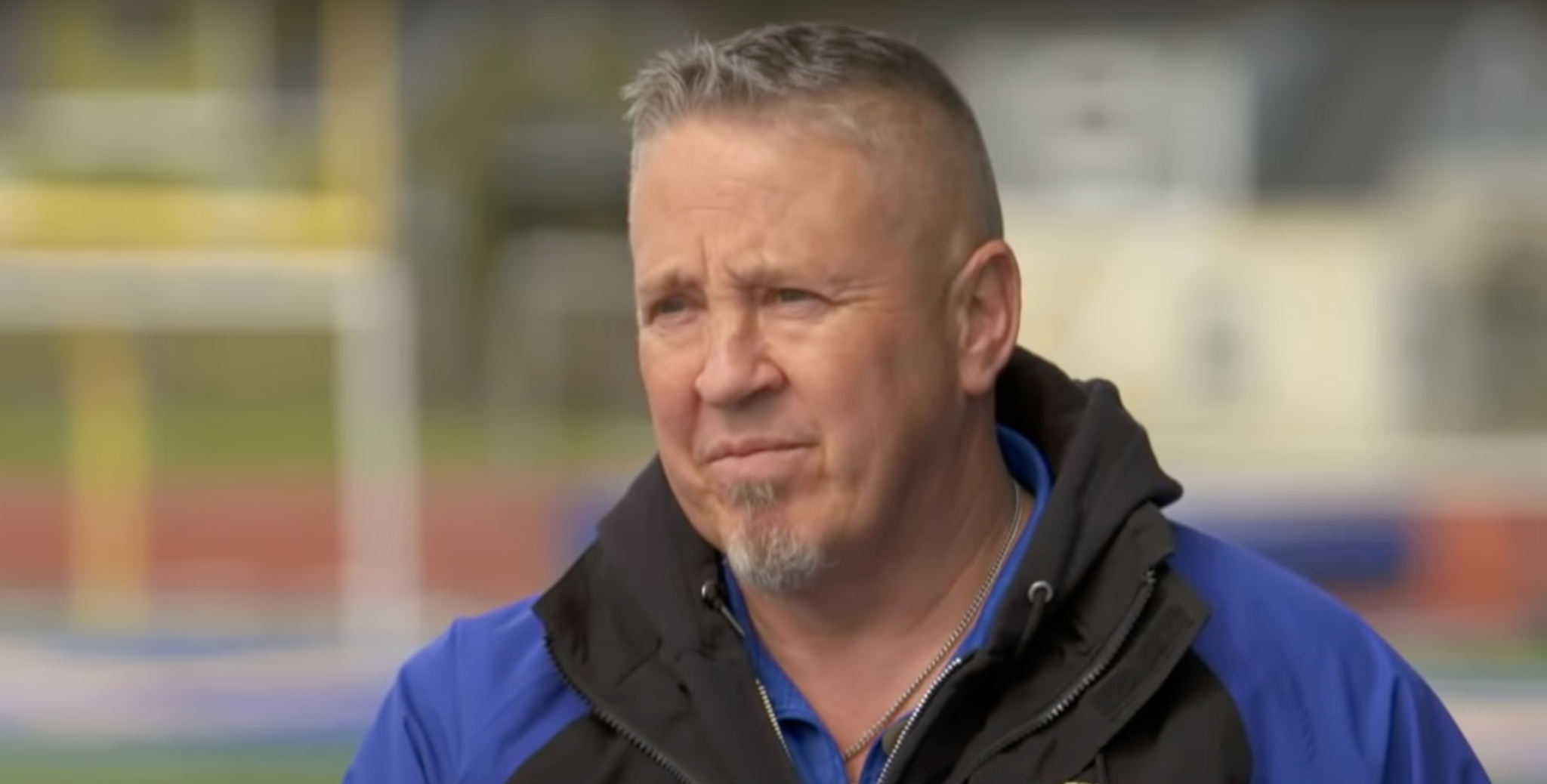 To the left, the separation of “church and state” means the separation of God from government, a hostility to the very theism from which the country came. It speaks volumes about the left’s conception of America that it considers a pious football coach a greater threat to students than transgender propagandists — the twisted view on display throughout the Kennedy v. Bremerton School District case. The secularists lost that case last week after the majority on the Supreme Court ruled that a public high school in Washington violated the First Amendment rights of Joseph Kennedy, a football coach whom the school fired for praying with players after games.

Separating God from government is alien to American history.

“The Constitution and the best of our traditions counsel mutual respect and tolerance, not censorship and suppression, for religious and nonreligious views alike,” wrote Justice Neil Gorsuch for the majority. The secularists are in no mood for mutual tolerance. They seek dominance and demand that the American government, contrary to its founding traditions, treat prayer in public schools as a corrupting influence on students. Given all the rot in public schools these days, that view should strike most Americans as unhinged.

It bears repeating that the constitutionality of prayer in public schools wasn’t challenged until the 1960s. Until then, judges took it for granted that students and teachers could pray together. The Supreme Court’s ban on school prayer in Engel v. Vitale was as bogus as its later ban on states prohibiting abortion. The Supreme Court’s insistence on a government “neutral” about God represented judicial activism at its worst, which Justice Potter Stewart noted in his dissent in that case. “With all respect, I think the Court has misapplied a great constitutional principle,” he wrote. “I cannot see how an ‘official religion’ is established by letting those who want to say a prayer say it. On the contrary, I think that to deny the wish of these school children to join in reciting this prayer is to deny them the opportunity of sharing in the spiritual heritage of our Nation.”

Separating God from government is alien to American history, he observed, as evident in its openly theistic practices: “At the opening of each day’s Session of this Court we stand, while one of our officials invokes the protection of God … In 1954 Congress added a phrase to the Pledge of Allegiance to the Flag so that it now contains the words ‘one Nation under God, indivisible, with liberty and justice for all.’… Since 1865 the words ‘IN GOD WE TRUST’ have been impressed on our coins.”

America’s founding, he said, was not indifferent to God but predicated “on the Protection of divine Providence.” It is a measure of America’s estrangement from its theistic founding that something as harmless as a post-game prayer could now generate a raging controversy. It is the absence, not the presence, of prayer in public schools that would have alarmed the Founding Fathers.

The “America” invoked in Justice Sonia Sotomayor’s dissent in the Bremerton case would have been simply unrecognizable to its founders. In Sotomayor’s America, the overarching duty of government  is to shield children from any public mention of God. Her lengthy dissent ludicrously casts the coach as a threat to youth and declares any exposure to religion as “coercion.” Sotomayor’s dissent rests entirely on the manufactured jurisprudence of the last 50 years, reducing the First Amendment to a protection against religion, not a protection for it.

The intolerance to which Gorsuch alludes stems from the dogmatic secularism that shaped the Supreme Court’s post-1960s jurisprudence. Far from “neutral” about religion, the predecessors of Sotomayor had a bias against it and adopted a political and moral philosophy stripped of the founders’ theism. The left’s imperial judiciary was in effect creating a new nation through its invented rights and prohibitions. Unable to eliminate Judeo-Christian America at the ballot box, the left turned to a judicial elite to deface it, and the leftists largely succeeded, as evident in the timidity of most government officials in the face of secularist threats. But now liberals are meeting with some resistance on the Supreme Court. They can no longer count on it reinforcing the wild judicial activism of recent years. This makes it “illegitimate” in the eyes of Rep. Alexandria Ocasio-Cortez and company.

Ironically, the Founding Fathers’ fears about an oppressive national orthodoxy have been realized not by religious conservatives but by woke liberals, for whom any governmental expression of theism, no matter how faint, is intolerable. They clamor for a de facto federal religion of wokeness with the power to circumscribe religious activity within the states. They scour the nation for any innocuous governmental mention of God — from the display of the Ten Commandments to a post-game prayer — and demand its elimination.

Hence, they are freaking out over Gorsuch’s ruling, mild as it is. They can’t rest until America is one nation under secularism that permits almost anything in public schools but prayer.