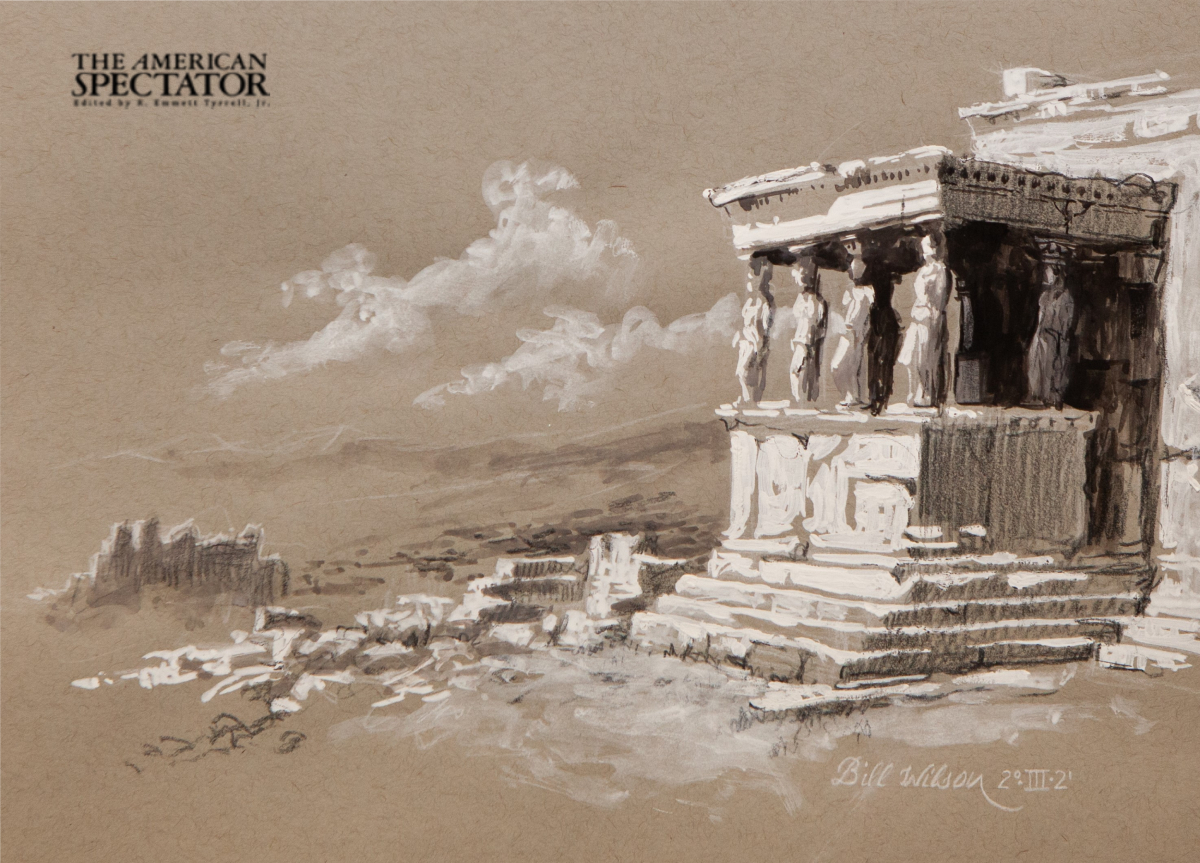 But destroying a sandcastle? That’s easy. All it takes is an incoming tide or a vindictive toddler, and all that hard work is gone in an instant.

The United States and nearly every leftist state is governed by vindictive toddlers who enable other vindictive toddlers to destroy everything small business owners and taxpayers have built. They’ve destroyed the economy, the incentive to work, and whole neighborhoods. National Democrats are attempting to destroy Middle East peace (and succeeding!), the military, and American hegemony. They’re destroying the dollar and creating inflation — a tax on the poor.

It takes time to build civilization. It’s something that happens brick by brick, family by family, business by business. It happens one sacrifice and risk at a time. It takes law and order, peace, resources, a coherent culture, and trust in institutions. Civilization, especially Western civilization, is an intricate and complex thing that has taken centuries to build.

What took generations to build is taking only years, sometimes mere days, to destroy. It’s astonishing how quickly and effectively the Democrats are tearing down our country.

In this slim issue, we’re focusing on the economic ramifications of their kicking at our sandcastle. Democrats have turned the cities they run into crime-ridden dens of iniquity. Citizens in states run by Democrats face higher unemployment, higher taxes, and higher COVID-19 death rates. People are moving in droves to escape this misery. Democrats encouraged the destruction of the raving Marxists of Black Lives Matter and Antifa, and now they’ve gutted their cities. Thanks to Biden’s state bailout, Democrat states are flush with cash but losing tax-paying citizens.

People can’t buy homes. Businesses can’t get needed parts. Employers can’t find employees. There is a confluence of economic psychoses, and now President Biden and the utterly irresponsible Democrats want to flood the U.S. economy with $6 trillion of funny money after already inundating it with increasingly worthless dollars. What does the future hold for Americans if the government stays on this profligate track?

In these pages, we have economists and tax policy experts and housing pros discussing the ramifications of Democrat policy. There are opposing opinions — in line with the old joke that if you put ten economists in a room, you’ll get eleven opinions. Forecasting what will happen during such transformative times is challenging. Still, it’s worth exploring what’s happening and what the conservative response to these challenges should be.

Economic reality can drive cultural reality. We’re seeing this with the direct payments to Americans. Why work when one makes more money when one doesn’t work? And it’s not like all this idle time is being spent productively. Crime is soaring. That’s partly due to Democrat leaders being lax about penalizing criminals. It’s also because crime pays. Why buy something when one can steal it?

Economic reality can change foreign-policy reality. We’re seeing this play out, too. An economically weak America, reliant (again!) on foreign oil, strengthens enemies like Russia, Iran, and China. China’s long-term investment in the Biden family seems to be paying off. The State Department calls off investigations, and American manufacturing and medicine is crippled without tech and chemicals from China. The Biden administration talks a good game, but its policies harm the interests of Americans and free people around the world.

Should Americans worry about an ascending China? China may be America’s biggest competitor, but the country has challenges of its own, both culturally and economically. That might not matter, though, if America is weak enough.

The post-COVID, Democrat-run world isn’t all bad, though: many booze regulations loosened during the pandemic are being made permanent.

We’re also trying something new in this issue. A young game designer has created a Sudoku for us to try to solve. Please let me know what you think of it.

America is a resilient nation. She weathers natural disasters. She is charitable. She innovates and creates. It remains an open question whether or not she can endure the man-made Democrat shutdown disaster and the misguided attempts at recovery.