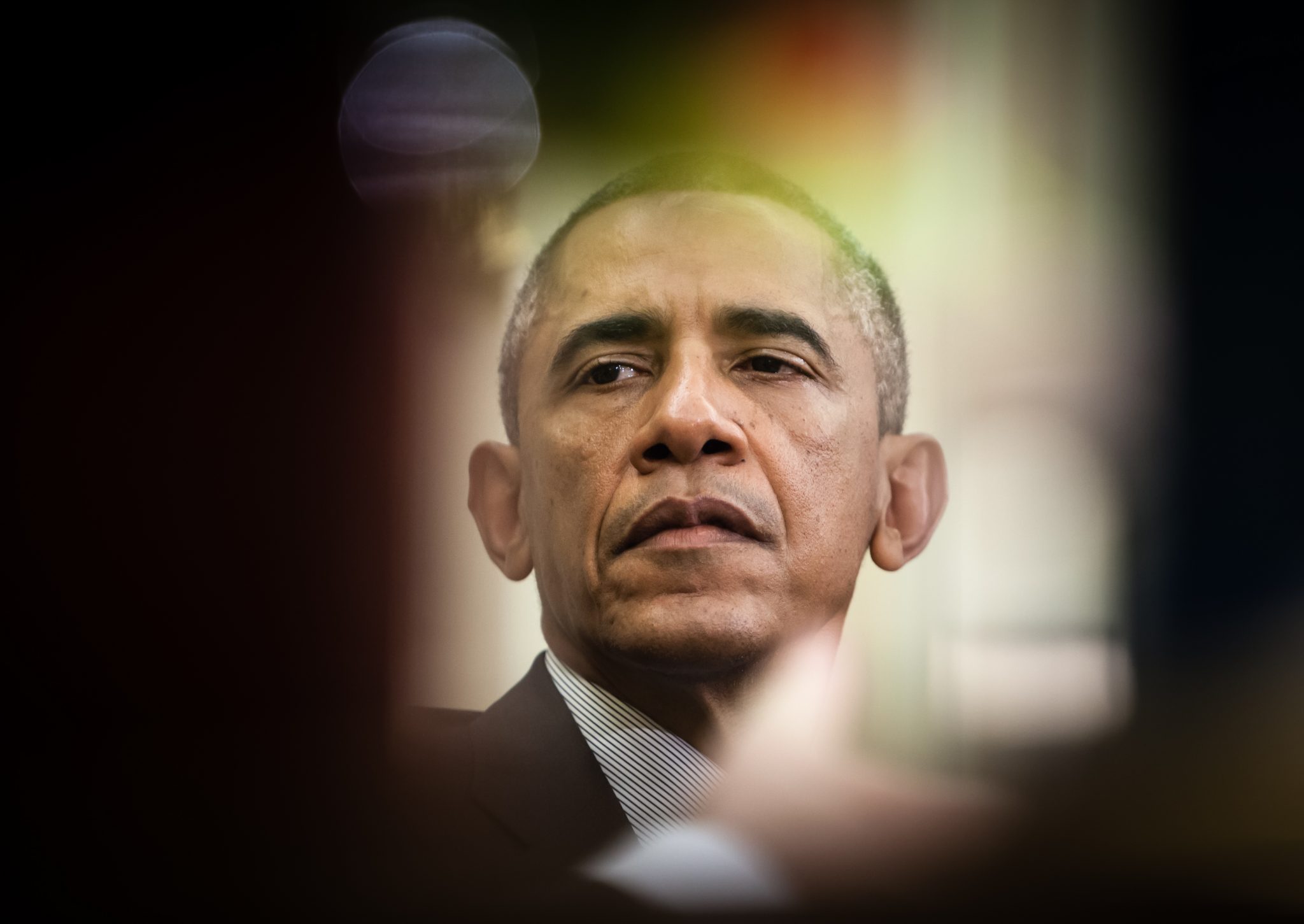 Overlooked in Edward-Isaac Dovere’s much-discussed new book on the 2020 election, Battle for the Soul: Inside the Democrats’ Campaigns to Defeat Trump, released May 25, is his credulous account of Russian interference in the 2016 election. Relying heavily on Barack Obama’s key national security people, Dovere seems unaware that they have used him to launder their wretched history.

In Dovere’s retelling, the drama begins when CIA Director John Brennan arrives at a private White House lunch with a package of classified material. “The Russians weren’t just coming,” Dovere writes. “They were already here.” Dovere traces this hush-hush meeting, the first of many, to late July 2016. Being a “do-it-by-the-book” kind of guy, Obama did not want any of this information to leak.

Dovere is either unfamiliar with or fully indifferent to the serious research that has gone into debunking the Russia collusion hoax, a hoax orchestrated in large part by Dovere’s sources.

“We knew that this was a threat to our democracy,” Obama National Security Adviser Susan Rice tells Dovere, “and it was potentially going to affect candidates up and down the ballot in every state and every party.” Had Mike Lindell said something this hyperbolic, at least 16 states would have banned MyPillows outright.

Dovere swallows it all. For him, there were “elements of the interference that everyone could see.” He cites — as though equal threats to the Republic — Trump’s joke about Hillary’s 30,000 missing emails, Trump’s (nonexistent) meddling in the Republican platform language about Ukraine, Wikileaks’ supposed mucking about in a South Florida campaign to benefit Roger Stone, and, oh yeah, the Steele dossier. Dovere describes the dossier as “the famous mishmash of rumors compiled by a British former espionage expert” and drops the subject completely.

Dovere repeatedly reminds the reader of the White House’s insistence on keeping the Russian intel tight. Brennan, however, was told to provide classified briefings to the four top congressional leaders. Reportedly, House Speaker Paul Ryan was all ears, telling Brennan, “As you know, I’m not a fan of Trump.” Unfortunately, this exchange seems all too believable.

Of the four, only Senate Majority Leader Mitch McConnell pushed back. To his credit, if true, McConnell told Brennan that “the report seemed as if it might just be an effort by the CIA to undermine Trump.” As Dovere sees it, McConnell’s resistance was incomprehensible. Without intending to, Dovere suggests that McConnell may be sharper than we think.

Intelligence community operatives had been feeding the media rumors that Trump and his team were in bed with Putin long before Brennan’s breathless July revelations. In February 2016, Mark Hosenball and Steve Holland launched the disinformation campaign with a hit on Lt. Gen. Michael Flynn in a Reuters article teasingly titled “Trump being advised by ex-U.S. Lieutenant General who favors closer Russia ties.” Anonymous operatives continued tempting the media with Russian collusion allegations throughout 2016.

In September 2016, Michael Isikoff wrote a lengthy breakout article for Yahoo News based on a briefing by “multiple sources,” the most notable of whom, unnamed in the article, was Steele. As Isikoff reported, intelligence officials were investigating Trump adviser Carter Page’s “private communications with senior Russian officials.”

Apparently, former Senate Majority Leader Harry Reid could not keep his classified information to himself. Isikoff reported that Reid had briefed the FBI Director James Comey on the “significant and disturbing ties” between the Trump campaign and the Kremlin, information Reid got either from Brennan or the dossier.

The word was spreading, and it was being spread intentionally. Dovere spares his readers the inconvenient truth that the DNC and the Hillary Clinton campaign commissioned the Steele dossier. He would rather have them believe Susan Rice, who told him, “The most important thing we were trying to do was not politicize” Russian interference.

A few weeks after the publication of the Isikoff article, the DOJ and the FBI packaged the article in their application to the Foreign Intelligence Surveillance Court (FISC), specifically to monitor Carter Page. As the report by Justice Department Inspector General Michael Horowitz made painfully clear, the FBI relied heavily upon the Steele dossier to get FISA authorization on Page. Dovere makes no mention of the latter.

The FBI then submitted the Isikoff article as independent evidence, knowing full well it was simply reheated Steele material. Of course, none of this FBI mischief makes it into Dovere’s book. What the reader gets instead is MSNBC-grade fiction: “Reid blames Comey directly for the lack of more action from the FBI, accusing him of letting his Republican leanings get in the way of his duty of investigating Trump.” Dovere is either unfamiliar with or fully indifferent to the serious research that has gone into debunking the Russia collusion hoax, a hoax orchestrated in large part by Dovere’s sources.

These sources — Rice and Brennan most obviously — have used Dovere to create their own counter-mythology. For history’s sake, the Obama people need to justify their Russia hysteria given that nothing of what they predicted happened. Russian interference did not, in fact, “affect candidates up and down the ballot in every state and every party.” More damning, the mechanism they set up allegedly to deter Putin was inarguably used instead to destroy Trump.

Obama himself had set the stage for the rewrite in a December 2016 press conference. As he told the story, he confronted Putin at the G20 summit in China in September 2016. “I felt that the most effective way to ensure [more hacking] didn’t happen was to talk to him directly and tell him to cut it out,” said Obama, “and there was going to be some serious consequences if he didn’t. And in fact, we did not see further tampering in the election process.” Here is how Dovere imagines the encounter:

At six foot one, he [Obama] towered over the Russian leader, looking down on him and pointing at him as he spoke. Rice watched from a distance, struck by Obama’s forcefulness. Don’t touch the voting machines. Don’t touch the data. Stay out of the systems. The CIA could see they were trying to get in.

I think Putin had to do his calculus, take into account that “I can do these things and maybe I’ll even try to affect the vote tallies, but if she does win, we’re probably going to have a rough time of it.” So if I were Putin at that time, I think my calculation would have been “OK, I’m not going to do the stuff on the technical front, because if we do something on the technical front, they’re probably eventually going to find out that. But if we do things on the information front, that’s basically propaganda.” That’s the type of stuff that intelligence services have been doing forever.

After the 2020 election, most media outlets forbade discussion of even the possibility that foreign entities were able to “affect the vote tallies,” let alone that they might actually have done so. As to the “propaganda front,” in the four years before the 2020 election, there was no need for foreign actors to intervene. The American media did that job quite nicely, especially with scoundrels like Brennan and Obama Director of National Intelligence James Clapper spreading anti-Trump disinformation from their respective perches at NBC and CNN.

In his book Hate Inc., renegade Rolling Stone reporter Matt Taibbi writes a line that should be posted on the wall in every newsroom: “Being on any team is a bad look for the press, but being on team FBI/CIA is an atrocity, Trump or no Trump.” Dovere, alas, seems to be on that same team. He sums up his discussion of the Russia hoax thusly: “Between the Mueller report and the bipartisan Senate Intelligence Committee report, Obama’s national security team feels vindicated that they had their facts right.”

If I hadn’t already used up my 2021 quota of Orwell quotes — it’s been that kind of year — I might be tempted to conclude with this one: “And if all others accepted the lie which the Party imposed — if all records told the same tale — then the lie passed into history and became truth.” To be clear, Orwell never expected 1984 to be used as a training manual.