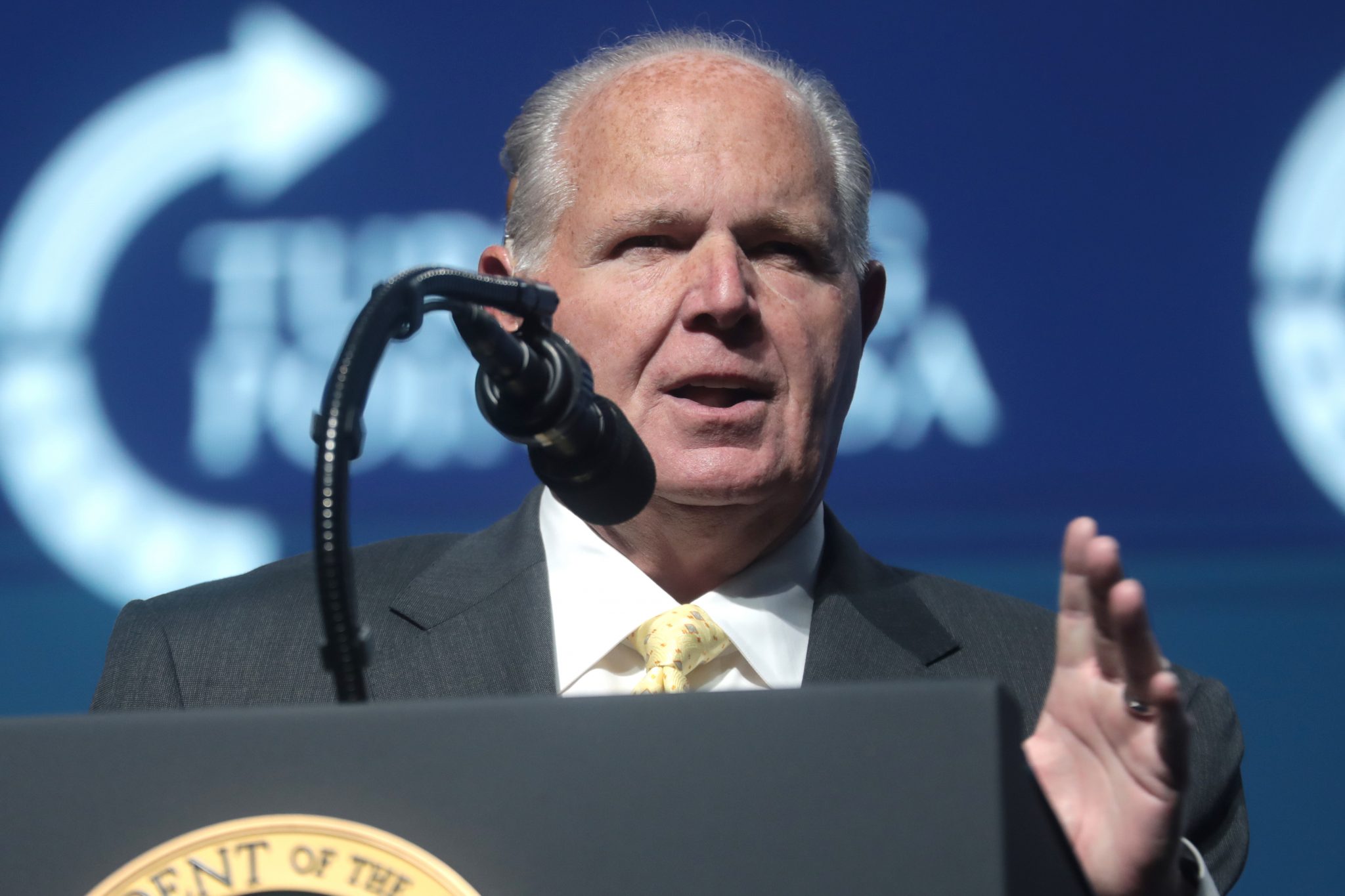 I was really hoping I could put this column off just a little bit longer. As millions of Americans did.

But there was no denying the end was coming for Rush Limbaugh, the greatest radio personality in the history of the medium. The lung cancer that afflicted Limbaugh had been chipping away at him for well over a year, and his program had only sometimes been his own during that time. Various guest hosts, many of them excellent in their own right, had filled the space behind the EIB microphone, but none had covered the void Limbaugh’s cancer-related absence left.

And none will. Losing Limbaugh creates a gaping hole in the conservative movement that will never be filled. All that’s left is to work around that chasm while remembering his legacy.

Thanks to Rush, talk radio became the mass-media answer to the Left’s dominance of television news and newspapers. It still is.

Rush Limbaugh burst onto the national scene in 1988, syndicating a daytime talk radio program and giving life to an industry which was all but dead. Talk radio had been the province of a number of local hosts, most of whom little more than disc jockeys with more to say but not much to hold an audience. The medium for talk radio was the AM dial, which was in deep decline after rock and roll had turned FM radio into the dominant choice of listeners and advertisers alike.

But Rush didn’t just electrify an industry. He showed America what it could do. And he spawned an entire movement in media, which is still growing and evolving.

When Rush came along, conservatism was predominantly a political philosophy of the haves, something to be sniffed at by the “practical” political set. It was a think tank–driven enterprise, the stuff of long-dead philosophers and egghead academics on their way to being pushed out of the universities by the ascendant post–Cold War socialist Left. Ronald Reagan had reclaimed conservatism from the dustbin and injected it with a patriotic, populist energy, and Reagan was seen as the Great Communicator — a backhanded compliment in that it lauded his message-making skills while diminishing the magnetism of the message.

But Rush married Reagan’s understanding of human existence, and conservatism’s relationship thereto, with a middle-class sense of humor that was joyously optimistic and more than a little cynical at the same time. He offered blistering satire and flew directly in the face of the Left’s early attempts to impose political correctness. Limbaugh had no compunction whatsoever about slaughtering each and every one of the Left’s sacred cows — but he did so in a way that was undeniably honest and lighthearted.

I’m eviscerating you, was the underlying message, but I’m doing it effortlessly. There is much more I’m holding back.

He joked throughout his 32 years as a national talk host that he had “half my brain tied behind my back just to make it fair.” That wasn’t just a boast; it was a warning to his detractors. It signified that conservatives didn’t need to go to the lengths the Left commonly goes in order to win the argument. Limbaugh won the argument for three hours every day just by offering up what was on his mind.

And it was validation for those of us who already agreed with him, who had figured it out on their own with almost no help from the media or the culture (and that was before the culture completely disintegrated into the left-wing abyss it currently is). Rush brought us together, and he made us realize not only weren’t we alone, but there were millions and millions of us.

Enough to make a majority. Enough to win.

Once in a while he would interview guests on his show. He would take phone calls from listeners, but more infrequently than most hosts would. Limbaugh’s show was mostly a three-hour tour de force, an exposition of his understanding of the human condition.

He believed as Margaret Thatcher said: the facts of life are conservative. Limbaugh drove that point home again and again for over three decades. It’s one main reason why he persuaded so many Americans and brought so many of them into the conservative movement. He led the way as his success spawned a wealth of talented radio hosts. Talk radio became the mass-media answer to the Left’s dominance of television news and newspapers. It still is.

And along the way, Rush maintained a spirit of humility, humor, and professionalism.

For someone who generated an audience of more than 20 million through the sheer force of his personality, Limbaugh was also shockingly lacking in ambition. That giant radio audience would easily have translated into success on television, and Limbaugh made a brief foray into that medium with a late-night syndicated show. But local TV stations kept parking it into after-midnight time slots, and Limbaugh hated television. He disliked the scripted nature of it and the chopped-up time slots between commercial breaks. Rather than push forward, he refocused on his core competency.

He wrote books that sold millions of copies. But then he trailed off. He kept his focus on the radio show. Limbaugh could have hired ghostwriters to keep the books coming, but that wasn’t who he was.

The kind of success Rush Limbaugh had would corrupt almost anyone. It never corrupted Limbaugh.

He suffered through medical issues, especially in the second half of his national career. Limbaugh struggled with hearing loss and had cochlear implant surgery in 2001. That led to a bout with dependence on OxyContin, the opioid painkiller with which so many Americans have struggled. Limbaugh didn’t let either diminish his effectiveness. He underwent rehabilitation, overcame the Oxy issue, and came back stronger than ever.

And he wouldn’t let himself be canceled by the Left, no matter how thoroughly he infuriated them.

In 2012, after Andrew Breitbart’s death, Limbaugh eulogized his friend by noting the absolute nastiness of those rejoicing over it on Twitter. Limbaugh opined that Breitbart would delight in publicly exposing those detractors for the vitriol and mean-spiritedness of their words.

Today, those same vitriolic carpers are rejoicing over Limbaugh’s death.

But we are rejoicing over his life, cut short though it may have been. For Limbaugh was a titan whose shadow plunged his detractors in darkness. He created an industry and fueled a movement that has won the modern American argument. Thanks in large measure to Rush Limbaugh, the Left doesn’t even bother trying to persuade anyone of their ideas; instead they invented cancel culture to stop the argument altogether.

They couldn’t cancel Rush, so they’re trying to cancel the rest of us.

We should honor him by continuing the fight. It will take all of us to paper over the void his passing leaves behind.