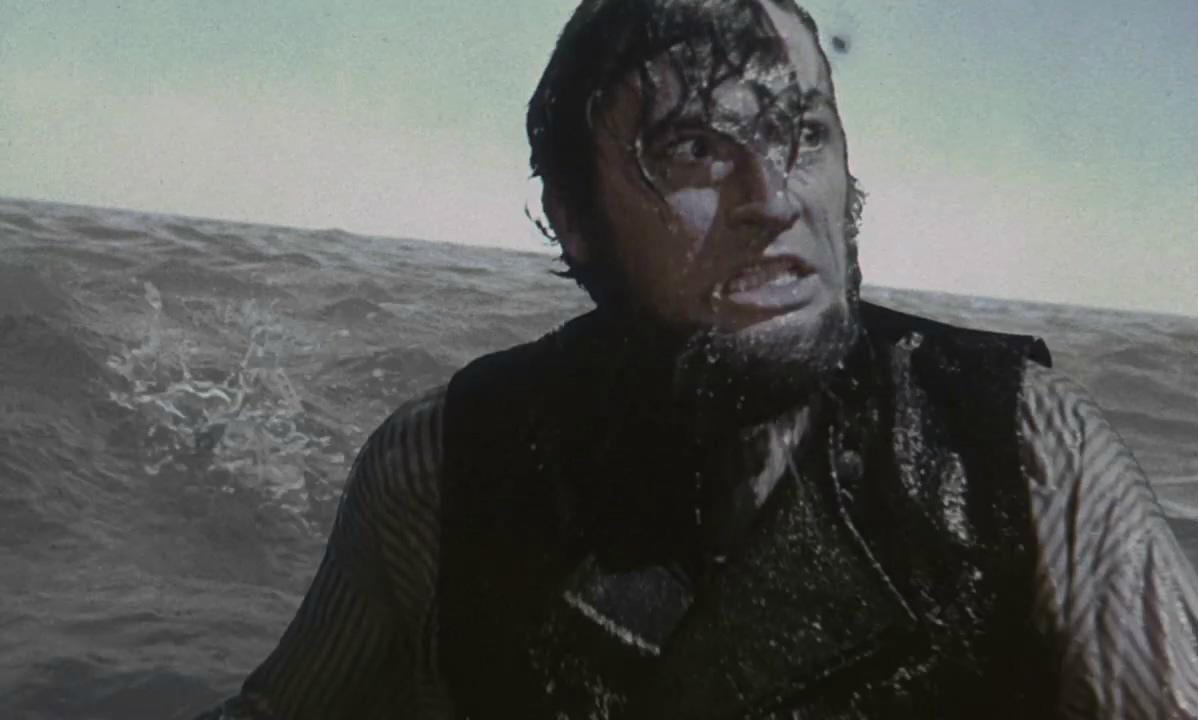 Only a director mad as Ahab would try to make a Moby Dick movie — so John Huston had all the right qualifications.

The 6-foot-2, oak-throated director of The Maltese Falcon (1941) wanted throughout the 1940s and early ’50s to adapt Herman Melville’s 19th-century epic for the big screen. But he could never find actors worthy of the roles, a studio willing to risk a fortune on the project, or a screenwriter talented enough to tame the gargantuan work for a wide audience. And when he did manage to secure all three in 1955 — Gregory Peck as Captain Ahab, a generous budget from a conglomerate of studios, and a screenplay by the science fiction writer Ray Bradbury — almost everything went wrong.

“Moby Dick was the most difficult picture I ever made,” Huston wrote in 1980. “I lost so many battles during it that I even began to suspect that my assistant director was plotting against me. Then I realized it was only God.”

Last month marked Melville’s bicentennial — and today is his death day. Revisiting Huston’s Moby Dick (1956) is as frustrating (yet rewarding) as returning to its source. Like Melville’s novel, Huston’s Moby Dick is a hulking tale about the vengeance of an aggrieved sea captain. It plays like a sepia-washed battle with the Almighty. And of course, a fight with God is always a loss — neither Huston nor his audience was satisfied with it.

“Translating a work of this scope into a screenplay was a staggering proposition,” the director later said. “Looking back now, I wonder if it is possible to do justice to Moby Dick on film.”

It’s probably not possible, but Huston certainly matched Ahab’s monomania in trying. His madness ensued as soon as Bradbury showed up in Ireland for filming. Bradbury memorably told Huston that he was writing the screenplay blind, because he had “never been able to read the damned thing.” Huston told him not to worry; he would co-write as they filmed. Bradbury acquiesced, but the older man’s seemingly friendly gesture soon led to a struggle for script control and mutual resentment: Huston thought the Fahrenheit 451 author (1953) was a weak and uninteresting man.

“Highly original in his writing, from the idea itself to the very turn of a sentence, in casual intercourse Ray spoke entirely in clichés and platitudes,” Huston wrote in his memoir An Open Book (1980). “This man, who sent people on exploratory flights to the distant stars, was terrified of airplanes.”

For his own part, Bradbury found Huston’s mannerisms so overbearing and cruel that he dubbed the director the “Devil Himself” in Green Shadows, White Whale (1992), his memoir about writing the film’s screenplay.

But the worst enmity arose between Gregory Peck and Huston. Known at the time for playing mild-mannered heroes, Peck thought Ahab was an unsuitable role for himself. Huston convinced him to take it anyway, insisting that he was the only man for the part. This, Peck learned soon after arriving in Ireland, was not true: Warner Brothers had forced Huston to cast Peck as Ahab.

Once filming began, Huston started pranking Peck on set. During a scene near the end of the film, Huston pushed Peck “as close to death as I ever have been,” the actor recalled in 1989. The scene required Peck to play a dead Ahab lashed to a mechanical whale, which Huston operated remotely. The winter water in the Irish Sea was especially icy that day, and Huston decided to test Peck’s endurance. He submerged the whale and held Peck underwater.

“I was underwater maybe a minute, though it seemed like 10,” Peck said. “Just as I thought I’d had it he rolled me up again.”

Moments later, the whale’s tether broke, and Peck drifted off to sea. He shouted for help until Huston arrived in a rescue skiff.

“I didn’t waste any time jumping into the motor launch and giving Huston a piece of my mind,” Peck said.

Later in the shoot, the crew lost another a mechanical whale. The weather that winter was cruel, and the whale’s loss left only one of the three 90-foot-long leviathans constructed for chase sequences. Huston’s crew was afraid to operate it, so the director himself became Moby Dick.

“When we were down to our last whale, I knew that if I got inside it, they weren’t going to let it go, so I grabbed a bottle of Scotch and got inside the whale,” he told Playboy in 1985 about the filming of the final fight scenes.

Incidents like this endowed the film with a mythic quality that endured long after its release. At an awards ceremony in 1983, where Huston was presented a lifetime achievement award in filmmaking, his longtime friend Orson Welles — whose brief appearance in the film as a preacher earned him enough money to stage his own theatrical production of Moby Dick — recalled the whale incidents and laughed, joking that Huston had always been “a Renaissance Prince, a Regency rake, a Mississippi gambler, an epicurean, and an amiable Count Dracula.”

Even Bradbury was eventually able to look back fondly on the production. In 1980, he wrote a space opera called Leviathan ’99 — a sort of Moby Dick set in space — which he based off his and Huston’s screenplay. While promoting the opera in an interview with the Christian Science Monitor, he called the film “one of the best things” he ever did.

Bradbury is right: through all the hardship that surrounded Huston’s Moby Dick, the film is a triumph. Unlike Melville, whose Ahab only declared the White Whale a “pasteboard mask,” not daring to guess what terror hid behind its whiteness, Huston puts a name to the peg-legged Captain’s enemy: “Ahab saw the White Whale as a mask worn by the Deity, and he saw the Deity as a malignant force,” he wrote. Melville’s Moby Dick is about man’s search for meaning; Huston’s film is about his rage when meaning eludes him.

Steven Spielberg understood Huston’s darkness, and when making Jaws (1975), he used Moby Dick as a guide. Spielberg admired the intensity of Ahab’s battle with the White Whale, and he based the obsessive shark hunter Quint largely on Peck’s portrayal of Ahab. The fledgling director even tried to include a scene in Jaws in which a cackling Quint disrupts a showing of Moby Dick in a movie theater.

The scene was shot and would have been included in the final cut of Jaws, if not for Peck, who owned the rights and still held a grudge against Huston — and who forbade that the White Whale should rise again.