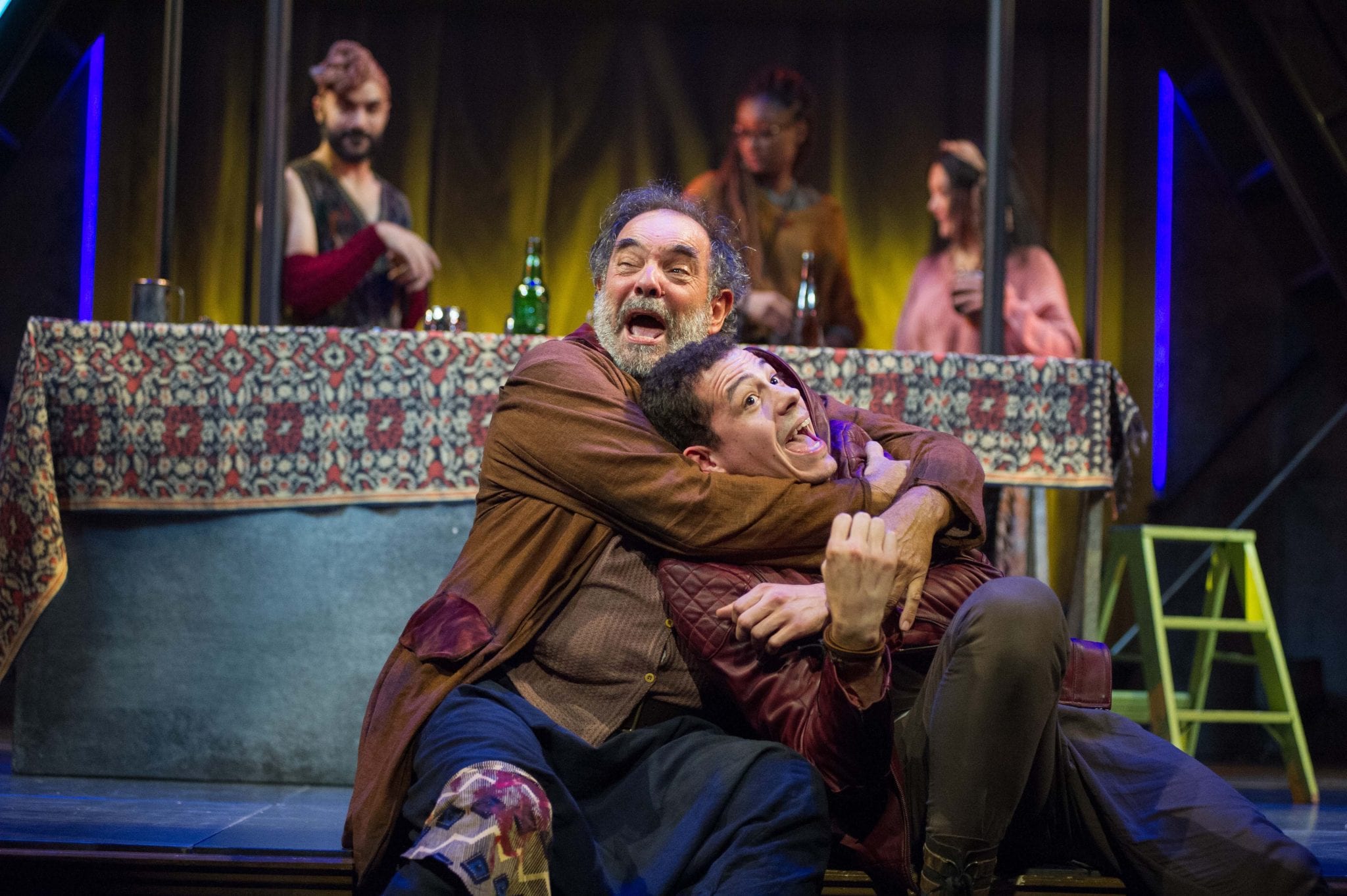 Jack Falstaff has the run of Capitol Hill — at least for the next few months. The Folger Shakespeare Theatre is putting on two productions this season featuring the lecherous knight’s misdeeds: 1 Henry IV through October 13 and the Merry Wives of Windsor from January 14 through March 1.

And they’re just fine. Folger’s Henry plays out in something like a Bushwick warehouse, as most D.C.-based Shakespeare productions seem to these days. Windsor doesn’t open for a couple months, but the theater hypes the play as a “delightful comedy on love, money, deception, and the power of women.” Very exciting stuff.

Folger’s Henry isn’t that compelling, but it bangs truth out of the old truism yet again: Shakespeare done poorly is still Shakespeare. Even if Hal is uninspiring, Hotspur wooden, and Henry IV a snooze, the genius of the Bard shines through. Who cares — the Henriad gave us Falstaff, and Falstaff always makes us laugh.

My friends and I found ourselves chuckling the other day when we devised a little game around the morally errant knight. If all of Washington was the Globe, who would play Jack Falstaff?

For starters, it would have to be someone who could bear Prince Hal calling him a “huge hill of flesh.” Rep. Jerrold Nadler (D-N.Y.) is the obvious candidate, but his dour complexion and steady slouch toward impeaching the president exempt him from some of Hal’s more energetic epithets: “sanguine coward,” “sweet creature of bombast,” and “trunk of humours.”

Besides, Nadler doesn’t deserve that kind of mockery. He’s been trimming his massive girth: “I was extremely, morbidly obese; now I’m only morbidly obese,” he told the New York Times after a liposuction surgery in 2002.

Being a chunk is a good start, but it’s not what makes Falstaff the man Orson Welles called Shakespeare’s “greatest creation.” Despite his physique, Falstaff has a sprightly wit and a bit of a roguish side — maybe Rep. Eric Swalwell (D-Calif.) could fill his massive shoes.

Before becoming a daytime cable news star, Swalwell shone brightly with his youthful pranks. The most knavish of these stunts — a criminally underreported adventure — involves the time Swalwell, after his freshman year at Campbell University, took a merry band of pranksters to Cancun for summer vacation. Antics ensued. The boys styled themselves as the cast and crew of MTV Undercover, fibbed their way into the VIP sections of nightclubs, and enticed a number of young women in swimsuits to form their entourage for the whole vacation. For their troubles, Swalwell and company got to judge a bikini contest.

“Some of the footage we have probably is good enough to end up on MTV, but we just did it for fun,” Swalwell later bragged to the San Ramon Valley Times. Cool story, but in his words, it sounds like a book report. Have you heard the chimes at midnight, Master Swalwell?

Alas, Swalwell lacks the spontaneous wit to be a true Falstaff. Maybe he’s just too young. An older Falstaff, more learned in the arts of D.C. chicanery, could pass the torch on to him someday, as Swalwell requested of former Vice President Joe Biden at the first Democratic primary debate.

Biden, though, strikes me as the prime candidate for D.C.’s Falstaff. Sure, he’s been off the Hill and out of the vice presidential game for years, but Sir Jack wasn’t on top either by the end of his run.

And both had their own Prince Hals. Falstaff claimed to tutor the eventual Henry V into kingship, and Biden still believes he shepherded Barack Obama to the presidency.

Oh yes, Biden loves his younger master. Like Falstaff, he’s constantly bragging about him, even though Obama has already dropped his own version of Hal’s “I know you not.” Back in March, when Biden was still mulling his presidential run, Prince Obama told Sir Joe, “You don’t have to do this, Joe, you really don’t.”

Yet here Biden is, yakking his way through the primaries. He’s a card, but even with a mouthful of gaffes, he still doesn’t have what it takes. A true Falstaff — whether on the stage or in American politics — must have the quality that Sir Jack boasted of in II Henry IV: “I am not only witty in myself, but the cause that wit is in other men.”

Biden is neither, and, besides, he’s much too skinny.

There’s really only one true Falstaff in D.C. these days, and he’s not on the Hill. No, this city’s Falstaff holds court on Pennsylvania Avenue, educating his fans and detractors daily in the ways of his world — for we all are his Hal.