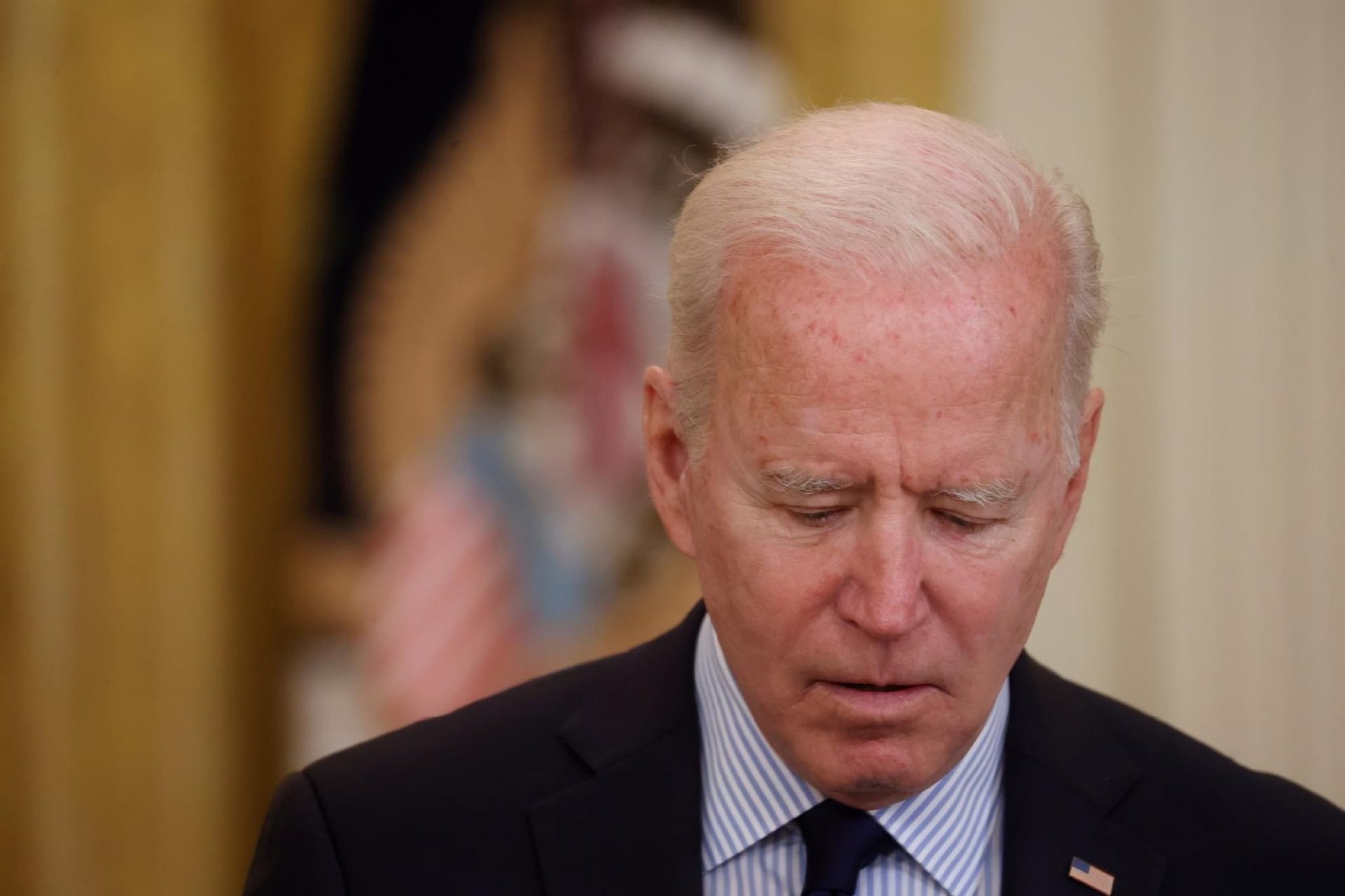 Today’s generals fail upward, having stood by while the Afghan catastrophe they were certain would come to pass did just that; our veep sails on, seemingly oblivious to nearly everything; and a Democrat Congress fulfills the legislative design of the 1974 budget pseudo-reform law, piling up trillions in debt without even the semblance of fiscal or budgetary restraint. A look at this trifecta of crises offers nothing to cheer.

Historically, senior official resignations have been relatively rare in America. Our leaders resist resigning over policy failure, no matter how egregious. Elsewhere, entire parliamentary governments fall over truly disastrous failures. Not so here. When Cyrus Vance resigned as secretary of state after the Carter administration’s failed attempt to rescue American diplomats held hostage by Iran, it was the first such resignation by a secretary of state since William Jennings Bryan did so in 1915.

Douglas MacArthur is the only general who played in the political ring whilst serving as combat commander. In his case, he merely indicated he would be available for a draft to be GOP presidential candidate in 1944. While this was flatly wrong, at least MacArthur was open about his desire. Gen. Mark Milley, by contrast, intrigued behind the scenes against a president that he was supposed to loyally serve.

Resignation generally comes in three flavors: (a) principled rejection to an administration’s chosen course of action, of which Vance’s decision is an exemplar; (b) departure because of an official’s own association with a failed policy, as with the 1987 resignation of Ronald Reagan’s chief of staff, Donald Regan, enmeshed in the Iran-Contra affair; and (c) a personality conflict, reportedly a key factor that led National Nuclear Security Administration chief Lisa Gordon-Hagerty to resign in 2020, following frequent clashes with the secretary of energy.

The Afghan debacle has led many people, in and out of government, to call for resignation of senior Pentagon officials. Thus, Sen. Marsha Blackburn (R-TN) recently called for the resignation of Secretary of Defense Lloyd Austin, CENTCOM commander Kenneth F. McKenzie Jr., and joint chief of staff chairman Mark Milley. The three had testified before the Senate, and told senators that they had warned the president against cutting troops below the 2,500 threshold needed to ensure a safe evacuation.

Which raises this question: While ordinarily a senior official’s resignation over a policy dispute should be made without undercutting presidential policy, are some prospective consequences of bad policy so catastrophic that resignation is justified in an effort to force a policy change?

That the policy was doomed was clear long before the administration belatedly began withdrawal. Members of Congress began pressing the administration to begin evacuation immediately after the president announced in April that final withdrawal was to be accomplished by August 31. Such efforts were to no avail. Worse, a Marine who spoke out against a bug-out that everyone knows has been a horror show pleaded guilty this week; among the charges to which he pleaded are “showing contempt toward officials, showing disrespect toward superior commissioned officers and conduct unbecoming an officer and a gentleman.” He faces up to 17 years in prison for speaking the truth, whilst those on top skate.

The generals had a superior, potentially viable option: they could have told the president that they would resign en masse if he did not allow keeping 2,500 troops in Afghanistan until all Americans and their Afghan allies were safely evacuated. Instead, America stands almost universally condemned at home and abroad. Allies no longer trust us; our enemies exult and are energized. Barring a miracle —more likely, several miracles — America will suffer the consequences for at least a generation. A prospective calamity of this magnitude called for senior leaders to take extraordinary steps. They didn’t do so. Indeed, no senior national security official has resigned or been fired. Nor is there any indication that either will transpire.

Our first female vice president, who rose to political prominence through strategic assignation, is AWOL during the southwest border crisis; her latest absence was skipping high-level meeting in Mexico City between U.S. and Central American senior officials so she could visit with moms and babies in New Jersey. In addition, she has been AWOL over Afghanistan despite saying that she was the last person in the room when decisions were made. Of the border crisis, Barack Obama, after noting the hardships — which he described as “heartbreaking” — said as to massive migrant inflows: “At the same time, we’re a nation-state. We have borders. The idea that we can just have open borders is something that … as a practical matter, is unsustainable.”

Instead, Harris recently contented herself by praising a student for publicly hurling a blood libel at Israel as representing an expression of the student’s “personal truth.” Recently she took a 24-hour jaunt to Palm Springs to an undisclosed location, for an undisclosed purpose. There is nothing inherently wrong in this, but again, it is an indicator of her penchant for making herself absent in times of grave crisis. Vice presidents like Dick Cheney and Walter Mondale immersed themselves in such times, eager to play an internal advisory or formal negotiating role.

Soaring oil and natural gas prices, a consequence of Team Biden’s hostility to fossil fuels, act as a massive tax hike and have led to a weakening of America’s energy position; Uncle Sam had been a net exporter of energy in 2019 and 2020 for the first time in generations. America’s dilapidated infrastructures will require at least $6 trillion to rehabilitate, but only $1 trillion of proposed new federal spending is on physical infrastructures.

As our federal financial balance sheet dramatically deteriorates, does the collapse of budget negotiations herald failure of the system? Hardly, if one goes by the Budget and Impoundment Control Act of 1974. That law created the budgetary monster we face today. And that was precisely the intent of the law’s drafters. The legislators of 1974 were trying to spend more money than Richard Nixon would accept. So they took total control over the budget process, conceding the president only his power, under the presentment clauses of the Constitution, to either veto the entire bill, or sign it into law in toto.

The 1974 Congress: (a) stripped the president of the power to impound funds; (b) created the Congressional Budget Office (CBO) to end its dependency on numbers provided by the executive branch; (c) moved the fiscal year date from July to October, giving Congress more time to produce a budget. Since fiscal year 1997, Congress has not passed a budget on deadline. In addition, it often operates instead by continuing resolution (CR). In all, from fiscal year 1998 through fiscal year 2022, Congress has passed 125 CRs. The 1974 law thus enabled the Congress to declare presidential budgets dead on arrival, and work solely among themselves, if so inclined — always when Democrats were confronting a Republican president, sometimes even working against Democratic presidents.

And by the way, who has time to read a 2,500-page monstrosity of an omnibus budget reconciliation bill? The author recalls in February 2009 wading through the online posting of the $800 billion stimulus bill ISO “shovel-ready projects” — an unkept campaign promise that in 2010 had president Obama telling the New York Times: “There is no such thing as shovel-ready projects.” Many such bills are unreadable to the general public — even to most members of Congress. Typical legislative language often resembles this: “Section 2548(b)(2)(A) of the Save the Planet Act is amended by adding section (b)(2)(B) which provides…” A few hundred pages — let alone a couple thousand pages — of digesting endless thickets of legalistic verbiage will send anyone to a shrink. Such bills often conceal poison pills — items that otherwise would be stopped by Congress. In this case, the poison pill slipped in by House Speaker Nancy Pelosi is the budget reconciliation bill itself, tacked onto a popular infrastructure bill.

This week, the GOP showed political wisdom, agreeing to allow passage of a $480 billion debt ceiling increase — on party lines with no crossovers. This punts the funding mess post-election, to early December. The GOP rarely wins showdowns, as Democrats can count on their media shock troops to blame the GOP and scare voters by portraying partial shutdown as total closure. Such would help Terry McAuliffe’s race for the Virginia governor’s mansion.

All of which brings to mind Sarah Palin’s best line ever, when speaking to a Republican National Committee audience during the 2010 fall campaign. Referring to Barack Obama’s spendthrift ways, Palin said: “Please nobody should tell the Democratic president what number comes after a trillion.”

The collective series of events recounted here lead inexorably to a melancholy conclusion: in less than eight months, a hapless administration has brought the country to near ruin. A recent major poll showed a sharply widening divide between blue- and red-state voters, with 52 percent of Trump voters and 41 percent of Biden voters responding that they’d favor a breakup of red and blue states, a sentiment that even a decade ago would have been confined to left and right fringe elements.

America is now in greater danger than at any time since the anxious fortnight of the 1962 Cuban Missile Crisis. In this case, our existential crisis is metastasizing before our very eyes into an incurable multi-cancerous condition.