We’re well aware that many Democratic governors implemented awful policies that restricted freedoms in response to the COVID-19 pandemic. But what is shocking is just how many Republican governors implemented authoritarian policies as well. Some Republican governors shuttered businesses for months on end, mandated that people stay in their homes, required masks, and closed down schools for months.

At the same time, other Republican governors emerged as protectors of freedom by resisting the pressure to implement burdensome mandates.

Here are the five worst and five best Republican governors on COVID-19.

The Worst Republican Governors on COVID-19

It didn’t have to be this way in a rural and Republican state like Alabama. But Gov. Kay Ivey decided to implement a stay-at-home order that lasted for one month in April 2020. She also shuttered so-called “nonessential businesses” in the early days of the pandemic and in July 2020 implemented a mask mandate until April 9, 2021. All around, a pretty uninspiring stance for freedom in a rural state with a +27 Republican advantage.

Larry Hogan is governor of a Democratic state, so there can be a greater level of understanding for why his COVID-19 policies were so strict. His policies were about average for the level of restrictiveness across all states, but given how authoritarian other states’ responses were to COVID, this means that Maryland was under a stay-at-home order until May 15, 2020. In November, Hogan shuttered all restaurants and limited businesses to 50 percent capacity. It wasn’t until May 15, 2021, that all capacity restrictions were lifted on dining.

Gov. Baker, who like Hogan heads a blue state, was much more restrictive than Hogan in his COVID-19 policies. Retail stores and outdoor dining were totally shuttered from March 15 until June 8. It wasn’t until May 29, 2021, that the mask mandate, gathering limits, and capacity restrictions that had been in place for an entire year were lifted. You might have thought that as a Republican, Baker would have responded differently than Democratic governors, but apparently not.

If you’re looking for a person to blame for why your children were forced to stay home from school, look no further than Gov. Mike DeWine. On March 12, 2020, DeWine ordered the statewide closure of all K-12 schools before any other governor did so. What followed DeWine’s decision was a trainwreck of school closures that has debilitated children’s educations and left some schools closed for over a year.

It wasn’t just schools that DeWine kept shuttered, however. It wasn’t until April 2021 that he lifted capacity limits on outdoor gatherings. He also kept capacity limits in place until June 2, 2021. 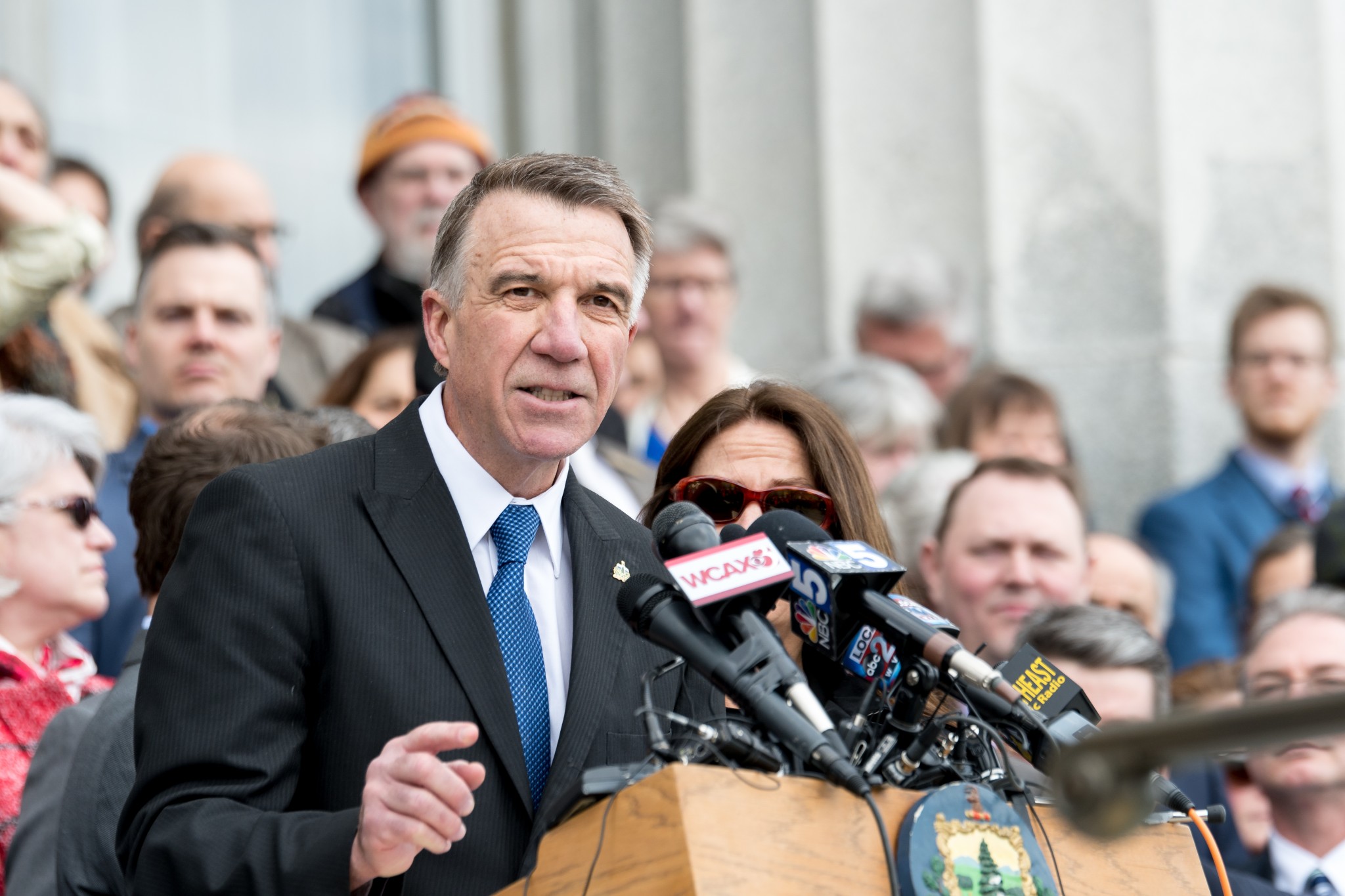 Vermont had the most restrictive COVID-19 policies of any state in the nation, all under the leadership of a Republican governor. He instituted a lockdown, shuttered businesses, and even implemented a 14-day quarantine for out-of-state visitors during both the spring and winter surges of the virus. Gov. Scott only eliminated all coronavirus restrictions on June 15. Prior to that date, the state still had capacity limits on indoor gatherings. In addition, over 70 percent of schools adopted a hybrid learning model at the start of the 2020–21 school year.

Phil Scott is the only Republican to hold statewide office in Vermont, and the state has a +24 Democratic majority. Anthony Fauci called Vermont’s coronavirus response “a model for the country,” as it had one of the lowest infection rates in the nation.

The Best Republican Governors on COVID-19

Gov. Brian Kemp did have quite onerous coronavirus restrictions at times, but he gets bonus points for his April 20, 2020 announcement that churches, gyms, and personal care services could reopen, which prompted a media seizure, including an article from the Atlantic titled “Georgia’s Experiment in Human Sacrifice.” Even Trump distanced himself from Kemp’s decision, saying in a press conference, “I told the governor of Georgia, Brian Kemp, that I disagree — strongly — with his decision to open certain facilities. It’s just too soon. I think it’s too soon.” Kemp’s leadership on opening up in April 2020 pushed other states to do the same.

On February 8, 2021, Gov. Kim Reynolds lifted capacity restrictions and size limits on gatherings and ended the state’s mask mandate. As a result, the Washington Post called Iowa “a state that doesn’t care whether you live or die.” Reynolds never implemented a stay-at-home order, but she did close restaurants and businesses in March 2020, and she continued to keep a 50 percent capacity limit on restaurants until early June 2020. In November, she limited the hours during which restaurants could operate.

Kevin Stitt of Oklahoma, Mark Gordon of Wyoming, and Pete Ricketts of Nebraska are all governors of rural and Republican-leaning states who never implemented a stay-at-home order or a mask mandate, but did close businesses at the start of the pandemic in March or April 2020. These governors all implemented only mild restrictions during the winter surge. For example, Gov. Stitt announced in November that restaurants would be required to close by 11 p.m. and announced in December that public gatherings would be limited to 50 percent capacity. Freedoms in these states thus remained largely uninhibited apart from business closures in March and April 2020, but it didn’t take much bravery on the part of these governors to do so since the vast majority of their constituents supported their response. Moreover, the media was not overly concerned with rural states.

Florida is the third most urban state with a Republican governor (after Massachusetts and Maryland), and Florida leans Republican only slightly, yet Gov. Ron DeSantis emerged as a leader against restrictive COVID-19 policies. He resisted the pressure to implement a mask mandate, began his stay-at-home order late and ended it early, and pushed schools to reopen for the 2020–21 school year. As a result, Gov. DeSantis became a hated figure among the media establishment and a symbol of less restrictive COVID-19 policies. His limited COVID-19 policies became a model after they resulted in comparatively low coronavirus deaths and allowed him to break out as a rising star who could be successful in the 2024 presidential race.

Kristi Noem is the only governor who never forced a single business to shut down, making her the top Republican governor on COVID-19. She also never issued a stay-at-home order, a mask mandate, or a curfew. Instead, in April 2020 she ordered the elderly in populous counties to stay home. The one mark against her is that she recommended schools close in March 2020.

Noem distinguished herself by speaking out for freedom during the pandemic, saying, “I believe in our freedoms and liberties. What I’ve seen across the country is so many people give up their liberties for just a little bit of security, and they don’t have to do that.”

The response to her defense of freedom was vicious. After an outbreak at a pork-processing plant, the Guardian wrote, “South Dakota’s governor looks awfully like an ideologue sacrificing lives on the anvil of Trumpology.”

Noem kept a cool head and showed the U.S. that it was never necessary to lock down American freedoms.