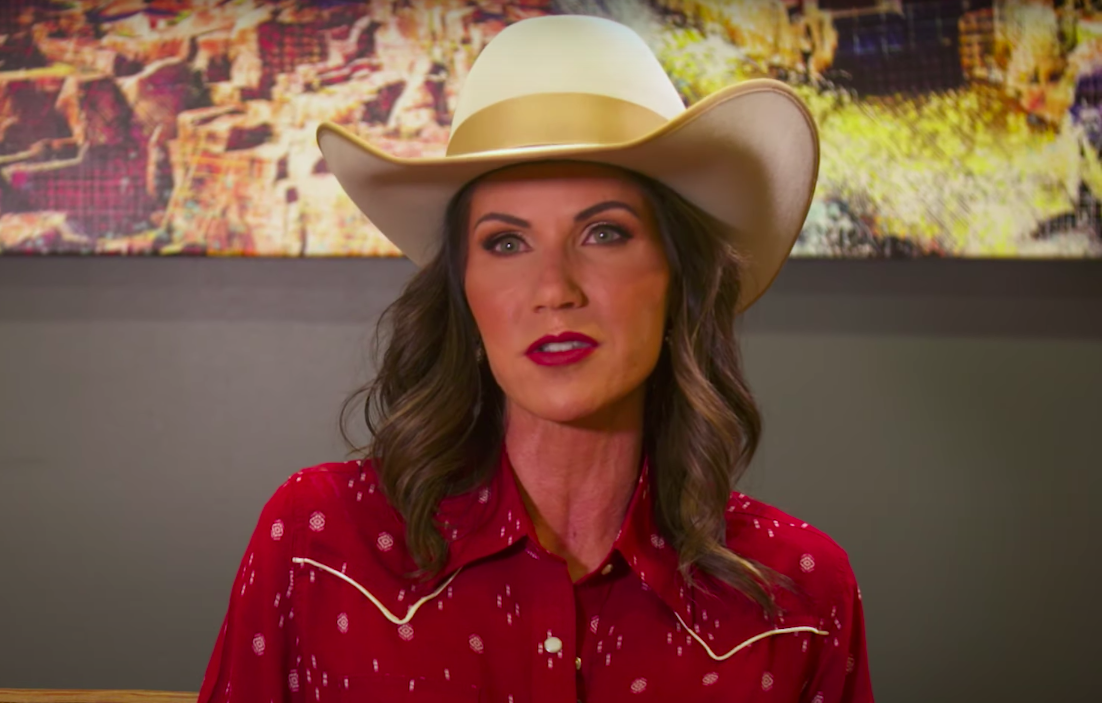 Gov. Kristi Noem of South Dakota announced Thursday that her state achieved a $19 million surplus for the 2020 fiscal year.

For Noem, one of five governors who did not issue a stay-at-home order, it was a vindication of her hands-off approach to the COVID-19 pandemic, which protected her state’s economy while at the same time safeguarding the health of the people of South Dakota.

“As many states closed their economies, I trusted South Dakotans to make the right decisions for themselves and their loved ones,” said the 48-year-old Republican governor in announcing the surplus. “Our future remains bright because we kept our state open for business and we live within our means.”

South Dakota experienced one of the smallest outbreaks of the virus in the nation even without the stringent measures imposed on most of the country. This is likely a consequence of the state’s low population density, its rural nature, voluntary social distancing, and the reasonable restrictions Noem did set in place.

Only 116 deaths attributed to COVID-19 have been recorded as of Friday in the state, which has the fifth-lowest population density in the nation and a population of around 880,000. South Dakota has also not experienced a recent climb in cases like many states have — on Thursday, July 16, the state recorded only 42 new cases.

The surplus is more evidence that South Dakota’s economy has been spared the devastation wrought in other states by the pandemic.

Sales and use tax, South Dakota’s largest revenue source, grew 4.6 percent in 2020 over the last fiscal year, according to a press release.

South Dakota has also recorded the second-smallest contraction in gross domestic product of any state in the first quarter of 2020, according to the Bureau of Economic Analysis. Only Nebraska, which also did not have a stay-at-home order, fared better.

Noem, who dropped out of college at age 20 and built a successful ranching business, consistently cited preserving individual liberties as a reason for not locking down.

“I believe in our freedoms and liberties,” she said in an interview with Fox News. “What I’ve seen across the country is so many people give up their liberties for just a little bit of security, and they don’t have to do that.”

As a small business owner, Noem also promoted the importance of keeping businesses functioning safely during the pandemic.

“I trust my people,” she said in an interview with Breitbart. “I know that if business owners here are given an opportunity to be innovative, they will protect their customers. They will take actions and change business models to make sure their employees are safe and that they can practice social distancing while still serving their customers. I knew I had to give them an opportunity to survive.”

Noem instituted only limited restrictions to fight the virus. Schools and recreational areas were closed, large gatherings were discouraged, people were encouraged to telework, and people over age 65 or with preexisting conditions were told to stay home.

Noem explained that the spread of the virus in South Dakota did not warrant locking down, but she still encouraged people to practice social distancing.

South Dakota’s two largest industries, agriculture and tourism, were hit hard by the virus, but tourism has bounced back as Noem has actively encouraged out-of-state visitors to come to the state this summer. Farmland prices and equipment sales have remained low, a sign that the agriculture industry is still weak.

Noem’s approach to the pandemic drew heavy criticism from both the liberal media and local Republican leaders, especially after an outbreak at a Smithfield pork-processing plant led to 800 infections and the deaths of two workers. The plant had been designated as essential infrastructure by the federal government.

“South Dakota’s governor looks awfully like an ideologue sacrificing lives on the anvil of Trumpology,” wrote the Guardian after the outbreak.

MSNBC pundit Rachel Maddow said on her show to Noem, “You are aware that it’s infectious, right? That it’s a communicable disease?”

The South Dakota State Medical Association warned Noem that unless a shelter-in-place order was instituted “immediately,” the state could face the same challenges and hardships seen in New York City.

Yet Noem resisted all the pressure. She said at a virtual event titled “The Courage to Reject a COVID-19 Shutdown” that her courage comes from her father, who died suddenly in a farm machinery accident when she was 20 years old and eight months pregnant with her first child.

“If you come into a time of crisis and you have a leader use more authority than they really are granted or allowed to, that’s how you lose this country,” she said.

Noem has used the pandemic to show her support for President Donald Trump. She created a statewide trial of hydroxychloroquine, which was promoted heavily by Trump as a potential drug to fight the virus. Additionally, she welcomed Trump to Mount Rushmore for his Independence Day speech without requiring his crowd to follow social distancing or mask guidelines.

She has encouraged Americans to move to South Dakota for its economic prosperity and freedoms not present in much of the country because of the virus.

“To those concerned about what the future may hold for you if you stay where you are right now,” Noem said, “come to South Dakota.”