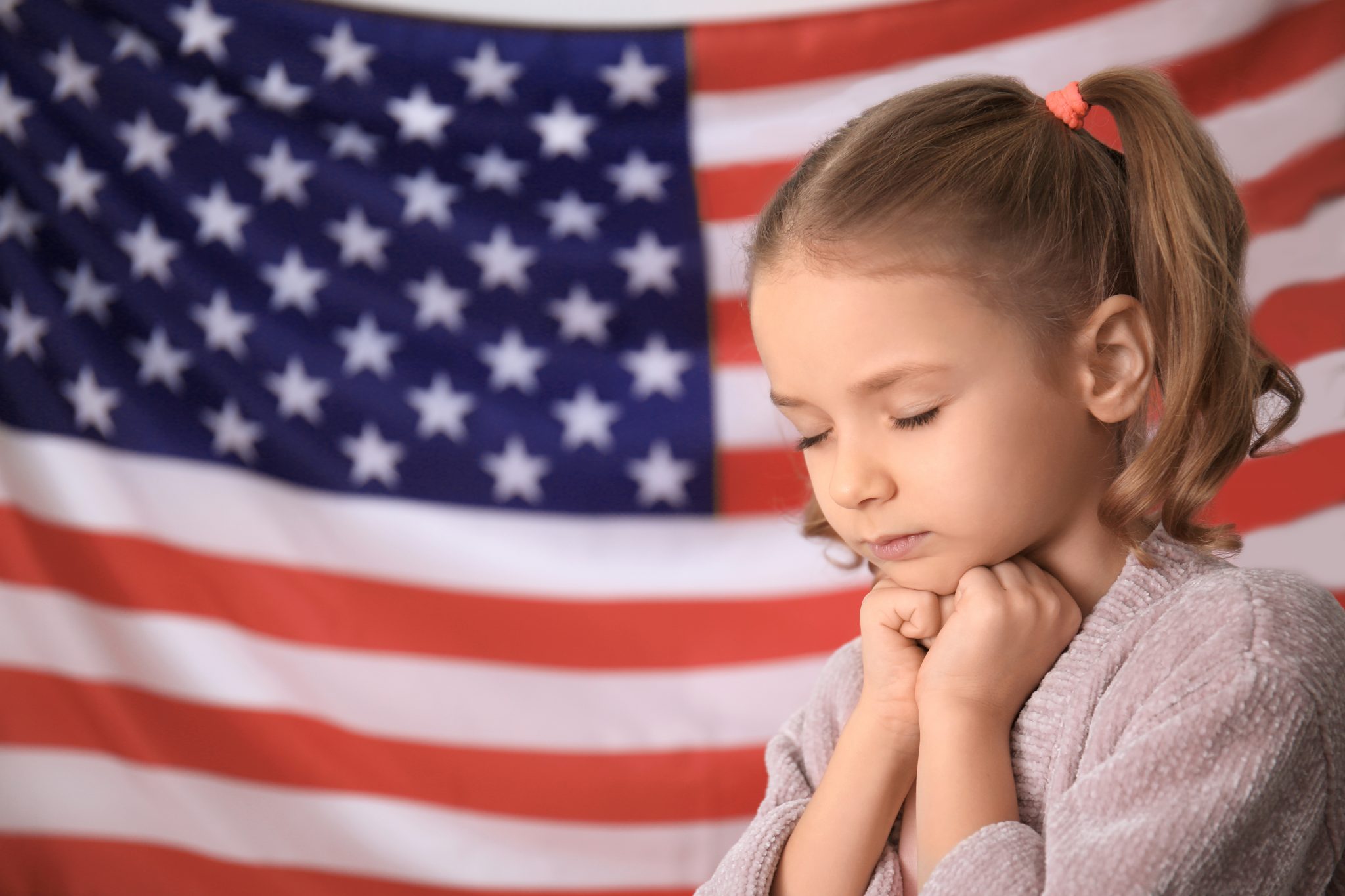 No religious Test shall ever be required as a Qualification to any Office or public Trust under the United States.

Congress shall make no law respecting an establishment of religion, or prohibiting the free exercise thereof.

We the people fashioned the Constitution and, through it, the laws of this country. But we foreswore writing laws to govern the relationship of citizens to the Supreme Reality.

Some would support this because they don’t believe that there is such a Supreme Reality. They do not want to be forced to lend their sovereignty and give their money in taxes to something they do not believe in. They do not wish to be excluded from any office or public trust.

But we have seen that just as people have used violence to establish the supremacy of their version of religion, so too have people used violence to establish the supremacy of their non-religion religion. The faith of Marxism has claimed its tens of millions of dead, and its gulags and reeducation camps perpetuate the ways of the long-ended Inquisition while adding modern sophistication and brutality. Its various streams always define and then pursue their heretics, and, to the extent of their power, inflict ruin upon them as enemies of the people.

What distinguishes us as constitutional conservatives is that we believe our responsibilities to each other are inescapable and not the product of a party platform or a political program.

Our embrace of religious freedom flows from the deepest sources of our own religious commitment. In response to God granting us moral agency and the freedom to make a meaningful choice in living our lives in His light, we restrain ourselves from exerting our human power to interfere in anyone’s relation with God. If God gives us freedom, how could we try to take it away from someone else?

We embrace religious freedom as an act of profound humility.

This humility informs everything about our Constitutional Republic.

From the very beginning, we acknowledge that the truths we hold to be self-evident are truths that we did not construct on our own, and which remain true whether we recognize them or not.

Truth is not merely subjective. Even if Big Brother forces us with unbearable pain to say and even believe that 2 plus 2 equals 5, it is not so.

We know that the oneness of the people is not an artificial construct, but the reflection of a oneness that exists at the root of all things and that we realize challenges us to emulate it by forming an ever more perfect union.

In simple words, we do not need to create our oneness. It is already there. We must just recognize it and consciously act on this awareness.

What distinguishes us as constitutional conservatives is that we believe our responsibilities to each other are inescapable and not the product of a party platform or a political program. We do not wait for a law to be passed to extend a helping hand or even to put our lives on the line. We know that we are accountable to an authority that we cannot manage or manipulate.

We will fight for everyone’s freedom to follow their inner call to serve, and accept only the least possible state interference — the basic duty of government to protect its citizen’s lives, liberty, and property. We do not presume that we are the authors of our interconnectedness.

There is already a constitution of creation. Jewish tradition, echoed by great republican thinkers of early modern times, calls them the Laws of Noah, the basic laws of living together, such laws as not murdering, not stealing, and establishing courts and the rule of law. All are based in an awareness of a reality we call God, who is beyond our ability to manipulate or corrupt and to whom we are accountable.

These are truths of being that we cannot destroy. We reject as dangerous foolishness any turning away from that fact. We are already united by mystic chords, and our union resonates with it, but it was not we who created the laws of their harmony.

Therefore, we do not presume that we should govern as if our own power were all that is. By acts of irresponsible power, we can damage a harmony that has already existed and controvert the truths upon which our very existence as a people based itself. We propose to conserve all that has been given us in trust by those who came before, all the way back to the One who established Truth, Peace, Love, and Justice and asked only that we recognize and emulate that great work.

We therefore call out all those who establish their political philosophies as if they alone held absolute truth and who therefore do not hesitate to deem their opponents heretics, to deprive them by test and not by vote from their offices, and then ultimately of their property, their liberty, and perhaps even their lives.

We look upon the political weaponizing of the IRS and the FBI and the apparatus of national intelligence as not only breaches of law to be rectified through the due process of our law, but also a violation of the humility instilled in our nation by the First Amendment and the religious test clause.

For the architects of these monstrous policies and those who followed their blueprints operated on the assumption that they were in possession of a greater truth than that which we the people have, a truth enabling them to enforce their vision upon us whether we will or no.

It is the cult of the all-empowered government. Its believers insist that if their programs are not carried through, then there is no truth to our union. They strive to insulate their grip on power against us, putting more and more into the hands of those who are not elected by us and not subject to our review. They will not reveal to us what they really want to do, as they fear what we think and will not allow us to know anything that would not let them rule as they please.

Accepting constitutional limitations of power is part of our worship, a way that even in our secular lives, we are aware of the Great Harmony that governs all things. We believe that our good citizenship is an expression of that harmony and that it is just as much divine service as our formal devotions.

Long ago, John Adams wrote, “We have no Government armed with Power capable of contending with human Passions unbridled by morality and Religion…. Our Constitution was made only for a moral and religious People. It is wholly inadequate to the government of any other.”

By a restoration of our commitment to what the First Amendment guards, we seek a renewal of our country’s spirit and its national life. In harmony with the great creative energy that grounds our being and which lives in the conscience and consciousness of each and every one of us, we devote ourselves to a new unity, based on the deepest truths of our being. It is in this full freedom, free of any state that promotes its own power as the only religion, that we can find ourselves renewed and restored as one nation, under God.

This column is the second in a series about the American Right and the shared political and religious heritage that gives rise to free government in our country. Read more here and here!