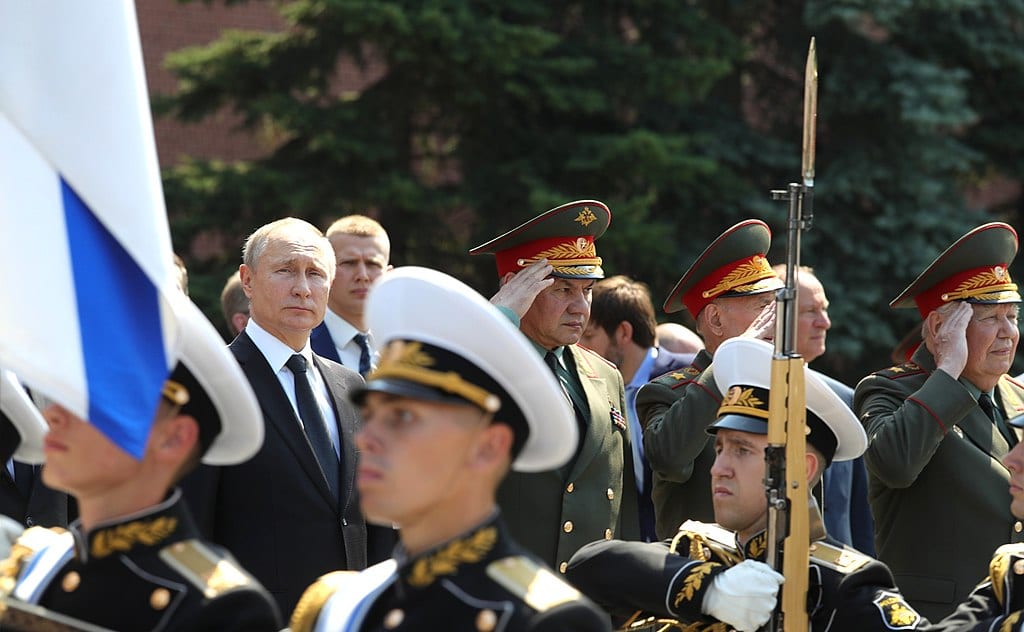 Assassination — murder for political purposes — has a long and bloody history. The Macedonian general Parmenion was assassinated in about 330 B.C. after his son was convicted of treason. Archduke Franz Ferdinand, the heir to the throne of the Austro-Hungarian Empire, was assassinated in 1914, precipitating the outbreak of World War I.

In 1982, after a series of CIA misadventures, including a failed assassination attempt to kill Fidel Castro using exploding cigars, President Reagan banned the U.S. intelligence community from participating in any assassinations by signing Executive Order 12333.

During the Obama administration, EO 12333 was reinterpreted to authorize the killing of American-born terrorists such as Anwar al-Awlaki, an Al Qaida spokesman and planner who was killed by a drone strike in 2011. Many other terrorists, none U.S. citizens, have been killed that way in the course of the war.

Does that make America a lawless nation? Hardly. Real threats to national security have to be dealt with, and sometimes they cannot be dealt with in any other way.

But there are other nations, principally Vladimir Putin’s Russia, that have assassinated people around the world for political purposes beyond any national security need.

In early March 2018, an attempt to murder former Russian military intelligence (“GRU”) officer Sergei Skripal and his daughter Julia was perpetrated in Salisbury, England, by spraying them with a Russian-made nerve agent called novichok. A woman was killed by touching a door knob that had been dosed with novichok meant for Skripal.

In response to the attempted murders, the UK’s prime minister at the time, Theresa May, expelled 23 Russian diplomats. Scotland Yard later determined that they had enough information to charge two Russian men who had, needless to say, long since fled the country.

The attempted murders of the Skripals was neither the first nor the last effort by Russian President Vladimir Putin to assassinate people he believes are traitors. In a Financial Times interview about three months after the attempted assassination of the Skripals, Putin said that treason was the gravest crime possible and that “traitors must be punished.”

Skripal had come to the UK in a 2010 spy swap and had been collaborating with British intelligence. Putin must have him on his list of traitors to be murdered wherever they are.

Russia’s history of punishing political enemies by assassination is long and gory. In 1940, Leon Trotsky — one of the intellectual leaders of the 1917 Russian Revolution — was hacked to death in Mexico by Stalin’s agents.

Perhaps the most famous recent assassination was that of Alexander Litvinenko, a former KGB officer, in 2006. He was killed by Russian agents in London by poisoning him with Polonium 210, an exotic radioactive material he had been tricked into ingesting. He died a gruesome death.

On August 23, 2019, a Chechen rebel was murdered in Berlin. German police arrested a Russian man shortly after the murder. He is believed to be a Russian government agent.

That belief is inconvenient. German Chancellor Angela Merkel, who has constantly cozied up to Putin, is busy creating the last elements of her political legacy. Among those elements are the pipelines that carry Russian gas to Germany, which is becoming dependent on Russian energy exports.

As after so many incidents in the past — which forecast many more in the future — Putin’s Russia is free from retaliation for the Chechen’s murder. Instead of being branded an outlaw regime, Putin’s is embraced as a trading partner.

From these killings, and many more, former KGB colonel Putin has concluded that it is not only within his power but also within his prerogatives to send assassins around the world to kill those he labels as traitors.

In novels and the movies, tough-guy characters call such murders “wet work,” and some assassins are called “wet boys,” in tribute to their grisly trade. Many nations, including Iran and Russia, use assassinations as political tools. They are part of those nations’ foreign policy. Few are as good at it as the Russians.

Putin’s “wet boys” have been very busy throughout his time in office. Many of Putin’s opponents, including journalist Anna Politkovskaya and Boris Nemtsov, a Russian physicist and political figure, were murdered inside Russia.

In response to the attempted assassinations of the Skripals, President Trump issued economic sanctions against Russia after a talk with Putin. But such sanctions or sentencing assassins to prison or expelling a few diplomats in retaliation for a murder on a nation’s soil isn’t enough to prevent more assassinations by governments such as Putin’s.

The first step for Trump and other Western leaders is to label Putin an assassin. Trump has been too soft on Russia from the outset of his presidency. He can, and must, take a much harder line against Putin, whose responsibility for many assassinations can’t be denied.

Putin’s practice of assassinating his perceived enemies can’t be slowed, far less ended, while Western nations embrace him as a normal leader and engage him, as Germany and the other NATO nations are doing, as a trading partner on whose energy supplies they have become dependent. Trump needs to speak out against that dependence, pointing out the risk those nations are taking in this new cold war.

Trump is doing well by supplying arms to Ukraine’s forces. The ridiculous impeachment proceedings against him center on a July conversation with Ukrainian President Volodymyr Zelensky, who has been lobbying Trump for a White House meeting to demonstrate our support. That meeting — regardless of the impeachment proceedings — should be held promptly.

Throughout the First Cold War, American opposition to Russian aggression around the world was a defense of freedom and democracy. In Putin’s new cold war, we need to do the same in words and action. In addition to sending weapons to Ukrainian forces, a well-orchestrated meeting with Zelensky, with all the White House pomp and circumstance usually afforded a valued ally, would be a clear signal to Putin that we stand for freedom just as we did while the Soviet Union existed.