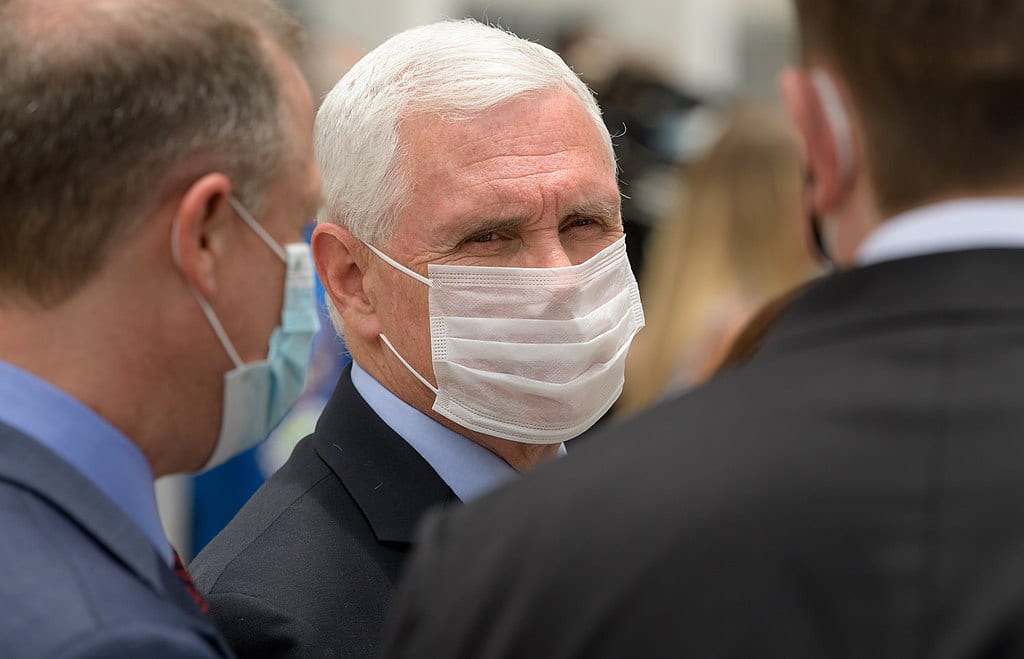 Conservatives mostly consider the modern progressive a-wokening as irreligious, even immoral and atheistic. But the other side more than returns the compliment, believing conservatives morally and socially bigoted and corrupt. As the great historian Eric Voegelin tried to tell us long ago, all political movements are religious at bottom. The Left’s is just a secular version.

Rather than being agnostic, Left-Progressivism is an ideological virtue-signaling that passionately rejects the moral evil it considers America’s traditional middle-class culture. The 18th-century Jacobin revolutionaries constituted the classic Left political elite who toppled its entire ancient French culture, stripping every ethical, social, and political institution and belief, rationalizing its morality, and affecting all of Europe’s maps with repercussions from the Napoleonic wars to World Wars I and II.

Soon half of Democrats told pollsters they always wore masks, as did almost half of post-graduate educated elites, urbanites, supporters of mainstream media, and single women. Among the shamed, only a third of Republicans said they wore masks regularly.

The 20th-century communist revolutionaries were equally zealous. Lenin and Stalin ended a 200-year empire and religion and substituted an egalitarian socialism with a moral code enforced with millions of deaths. Mao’s Chinese Proletarian Cultural Revolution completely overturned an even older Confucian heritage, destroying the “four olds”: old customs, old cultures, old habits, and old ideals. Two hundred million people suffered from chronic malnutrition and one and a half million were executed or driven to suicide to reach the great socialist moral ideal.

America’s more sophisticated Left’s Rome is in the Ivy Leagues, its churches are the universities, and its choir is the mainstream media. It dominates not by numbers but by elite position and cultural power. As American Enterprise Institute analyst Yuval Levin explains it today, we are now “living in an era of purification on campus.” Harvard and Yale were actually founded as “conservatories for Puritan orthodoxy,” and that moral zeal continues today in a progressive social liberalism that has become “the official code of university life” with an “aggressive exclusion” of heretics who deviate from the orthodoxy. That “moral aim” is the driving force of “America’s elite culture,” the one that dominates our political and ethical communication.

Today’s progressive elite culture sets the agenda, and a traditionalist remnant merely reacts. By far the most important U.S. policy in recent years has been the almost complete economic and social shutdown to manage COVID-19. While some government support for social distancing, targeting vulnerable groups like the ill and elderly, and additional medical resources were clearly necessary, similar pandemics had taken place in the past but never required total confinement to homes. It was clear that President Donald Trump did not want to shut down the economy fully and attempted to keep the health restrictions limited and decentralized, but media hyping of health and safety concerns of (conflicting) expert predictions induced a pandemic panic that any politician would have had to accommodate to some degree to survive.

Political scientists have long known that in a democracy mass media can and will force government officials to bend, leaving them to manage the damage as best they can, usually by spending more, regardless of effect. That fact and constant oppositional media are the major sources of the modern distrust of governance. As Ezra Klein of the left-leaning Vox notes, media has become even more ideological today in defining disagreement as deviancy:

“When you think in terms of these three [media] spheres — sphere of consensus, of legitimate debate, and of deviancy — a new way of describing the role for journalism emerges, which is: They police what goes in which sphere,” says Jay Rosen, who teaches journalism at NYU. “That’s an ideological action they never took responsibility for, never really admitted they did, never had a language for talking about.”

This social pressure of establishment media rebroadcast by social networks was overwhelming, especially on the middle, nonpartisan one-third of the population. In search of the largest audiences during a pandemic that no expert seemed to understand, mass media publicized the most extreme estimates, scaring the middle into docility and disquiet, making them anxious to conform so they would not be publicly shamed before the media and expert priests.

The “four olds” requiring moral reform in the U.S. began with the population’s historic attachment to individualistic freedom. Since burkas did not fit as a general U.S. fashion habit, the individualist custom was the open face and hearty smile. While the medical experts at first recommended against wearing face masks (and later denied doing so), these quickly became the media symbolism for moral value-shaming, labeling those who did not follow the “best science” by wearing them at all times as immoral threats to neighbors and family. It was dramatized when Speaker of the House Nancy Pelosi officially gestured wearing one and was honored, and President of the Senate Mike Pence was shamed for not being considerate of others.

Soon half of Democrats told pollsters they always wore masks, as did almost half of post-graduate educated elites, urbanites, supporters of mainstream media, and single women. Among the shamed, only a third of Republicans, high-school educated, rural residents, young men, and those who oppose mainline media said they wore masks regularly. The preening White House press, however, did remove their masks for nationally televised media briefings.

Even when the lockdown began easing in the summer, the Washington Post headlined, “Masks Are Read as Battle Flags in Country’s Culture Wars.”

It is very important to recognize that media forced a vice president of the U.S. to yield on wearing masks after extensive media shaming and little evidence of mask effectiveness. Even claustrophobics and those with difficulty breathing were not given much slack.

The next “olds” target was America’s culture of patriotism and regionalism. Sparked by egregious police mistreatment and death of an African-American in Minneapolis, anti-police riots and neighborhood destruction were celebrated as supposed remedies for police harassment and killings. When this expanded into destruction of Confederate statues and icons, it was explained as retribution for the Civil War; and when Andrew Jackson, Thomas Jefferson, and even George Washington statutes were wrecked, it was because they were slave owners. Toppling Abraham Lincoln and U. S. Grant, who overthrew the Confederacy and slavery, was more difficult to justify, but consistency was no problem since protesters were excused for refusing to wear masks and ignoring social distancing while an orthodox Jewish funeral audience was ordered to disband.

Traditional religion has always been a major Left “olds” target, and when the statue of a saint, Junipero Serra, was destroyed the New York archbishop was moved to ask, where can such destruction end since saints like everyone have faults, no one is perfect?

Yes, there are scandalous parts of our history, and countless episodes when popes, bishops, priests and others — including some who are now saints — didn’t act as they should have. God forbid we’d go through a cultural revolution as China did five decades ago. Beware those who want to purify memories and present a tidy — and inaccurate — history. And who’s to say which statues, portraits, books and dedications are spared? Remember when some objected to raising the status of the Martin Luther King Jr.’s birthday to a national holiday, citing his self-admitted flaws?

The final Mao “old” of political ideals such as freedom of speech actually were the first to go, with America’s leading universities instituting speech restrictions years before and now calling any disagreements with progressive orthodoxy hate speech. All the “olds” are publicly shamed, not only by media and universities but all teachers-union education, the arts, Hollywood, mainline TV, social media, and even top corporate leadership,

Traditionalists are only left with elections in which advanced degrees still only rate a single vote. But here their presidential candidate trails badly in the polls suffering from the negative media and with the possibility of a recurring pandemic, historically high unemployment, and an absolute decline in wealth. Their only hope is that Harry Truman, George H. W. Bush, and Barack Obama were equally far behind Thomas Dewey, Michael Dukakis, and Mitt Romney.