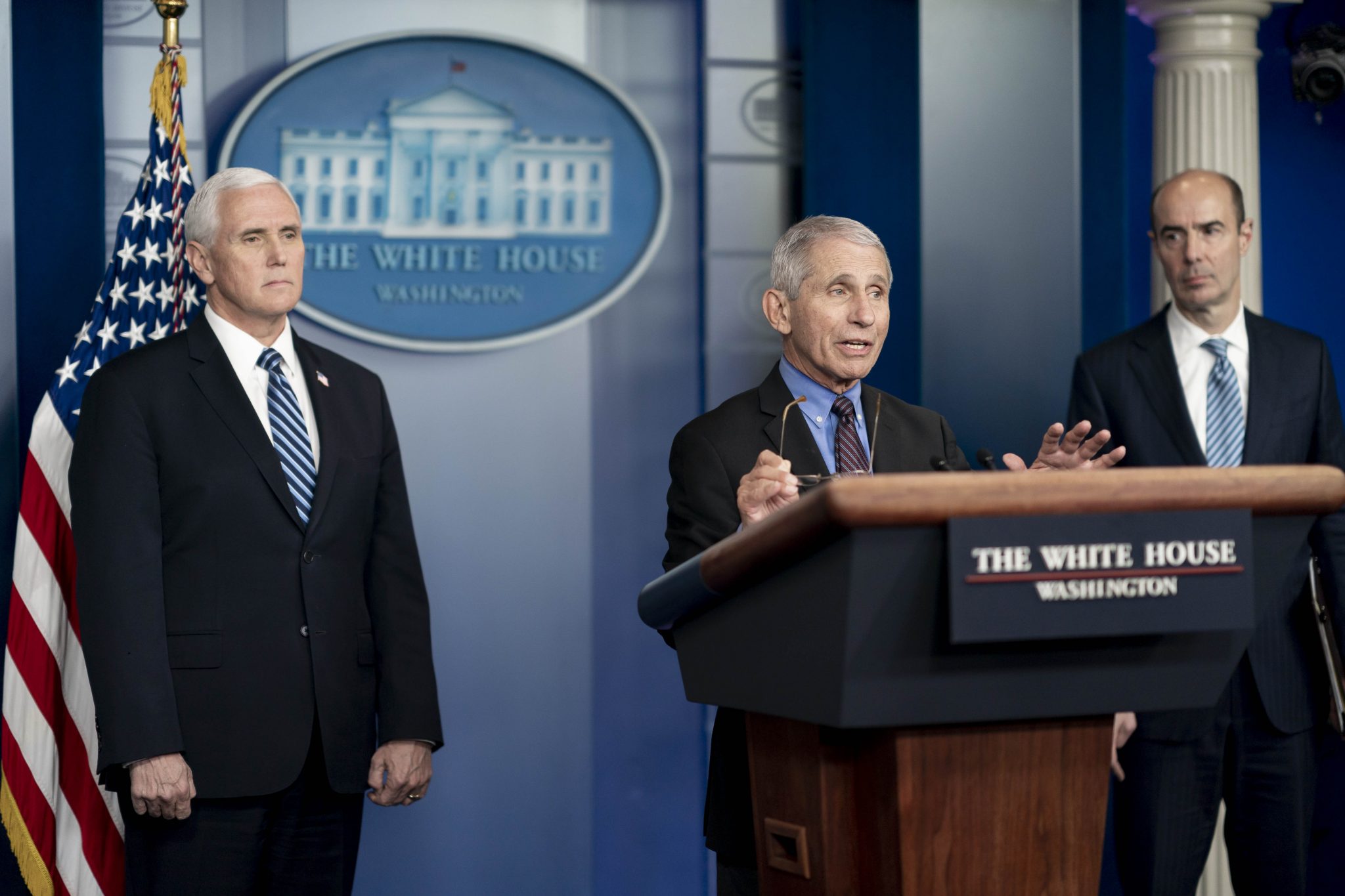 There has been no condemnation more critical, more widespread, and more sustained than the mainstream media’s assault on President Donald Trump’s comparison of the coronavirus pandemic to the seasonal flu, citing 2018 Centers for Disease Control and Prevention (CDC) fatalities data.

The CDC has now issued fatality estimates for the 2019–20 flu season as between 24,000 and 62,000 deaths, about the same as the numbers the president used earlier. How about coronavirus estimates? CDC uses the University of Washington model, among others, which reduced (for the fourth time) its estimate from 80,000 fatalities to between 28,000 and 39,000 coronavirus deaths.

So was the scientific community, the mainstream media, or the poor, harassed president right?

A few mainstream media columnists did challenge the consensus. Charles Lane was first, questioning mainstream data assumptions in the Washington Post in early March, but he also was a regular on Fox News. The Wall Street Journal’s Holman W. Jenkins Jr. was another early in March and persistent thereafter, but he was also coming from the right. Perhaps the first to break through from the mainstream was Fareed Zakaria in the Post in early April. But the great majority in the columns and the news were still censuring the president for making the comparison.

Why has this been so difficult for the progressive media? Yes, pestilence was routine in the ancient world and the 14th-century Black Plague decimated Europe, but disease and pandemics now seem so un-progressive, so un-modern, so medieval. There was the 1918 influenza (H1N1) virus, resulting in the death of one-third of the world population and killing 600,000 Americans after transmittal to the U.S. by returning troops. But that was before modern progressivism created the New Deal, the Great Society, and the CDC and put the scientific experts in control.

How did the experts do? Major pandemics still occurred, with H2N2 flu in 1957, H3N2 in 1968, SARS coronavirus in 2002, H1N1 swine flu in 2009, and the pervasive H1N1 strain in 2019. All of the more recent pandemics appeared unexpectedly in spite of government professional health agencies like the CDC, National Institutes of Health, and Food and Drug Administration, which were created to prepare resources and provide guidance for the population during the next outbreak. Once each arrived, old plans proved inadequate, and it took a year or more to create and to approve effective immunizations. In each case, the experts emphasized worst-case possibilities to engage public support, which the media hyped, and the politicians followed.

In each crisis, there were no treatments in the first months but only common-sense remedies such as washing hands, covering coughs, and social distancing. In each case, supplies, facilities, and resources were in short supply. In the early stages of the 2019 coronavirus crisis, the CDC Atlanta laboratory actually spoiled an early virus test that could have warned the nation and then delayed any travel advisories. CDC experts first said closing schools was unnecessary since very few healthy children suffered severe symptoms, but then they revoked the advice. First, one was not to wear facemasks, and then was required to. Half of CDCs tests were not communicated to the White House coronavirus task force, and its coronavirus website was called a “scandal” for its vagueness.

Experts require a single national plan that binds everyone. But that was difficult since 80 percent or so of those with the virus were asymptomatic. Thirty percent of the tests produced false results. Rather than a national crisis, severe cases and deaths were confined. It was not until April (and this was not covered widely) that CDC reported that 78 percent of those requiring admission to intensive care came from the small group who had had a serious underlying health conditions. More than half of the fatalities were in the single New York City metropolitan area.

The whole idea of “flattening the curve” and home confinement was to engage and treat all equally. The general belief was that if social contact was minimized, fewer people would be sickened by the virus and that this would then allow limited resources to be used by those few. In fact, if in sotto voce, confinement was only meant for delay, and most of the population was expected to catch the virus before the 18 months it would take for a cure to be developed by drug companies and approved by the FDA.

The Journal’s Jenkins wondered what will happen when most Americans realize that only the timing but not the inevitability of catching the coronavirus is the best-science plan. The majority of the population cannot work from home and will lose their jobs. Most of them would be better off getting the disease since they do not have underlying diseases. Most will have minor symptoms if they do get ill. Most do not live in New York or other large metro areas. Of course, the medically vulnerable and crowded cities need special treatment, but what will the rest do when the facts become clear? Quiet civil disobedience mushrooms already.

The progressive expert science driving this process requires sophistication. The most respected medical expert, Director of the National Institute of Allergy and Infectious Diseases Anthony S. Fauci, first warned that based on the best science 200,000 Americans would die from the coronavirus. This hyperbole was instrumental in making “flattening the curve” national policy. But when brought before the White House task force more recently to report on the much lower levels of mortality actually experienced, he explained, “I’ve looked at the models. I’ve spent a lot of time on the models. They don’t tell you anything. You can’t really rely upon the models.”

Dr. Jeffrey Shaman, the epidemiologist whose data was the source for the most-used models, added, “We don’t have a sense of what’s going on in the here and now, and we don’t know what people will do in the future … nor if it is seasonal as well.” The best science simply had to rely upon pragmatically adjusting to specific local circumstances as they occurred.

The reason our progressive elites have been so wrong about the coronavirus matter is that their whole worldview has been put to the test and has been found wanting. Its secular religion based upon the “best science” promises too much. Real science has no simple solutions but is based on probability. It is not one miraculous plan that fixes everything, but must freely adjust to concrete individual situations and local events.

Woodrow Wilson and his expert political and media progressive disciples rejected that hardheaded wisdom, which is now represented by a pragmatic president who, with whatever limits, knew enough to be skeptical of the promises and his new guidance is a step in the right direction to improve their practicality.