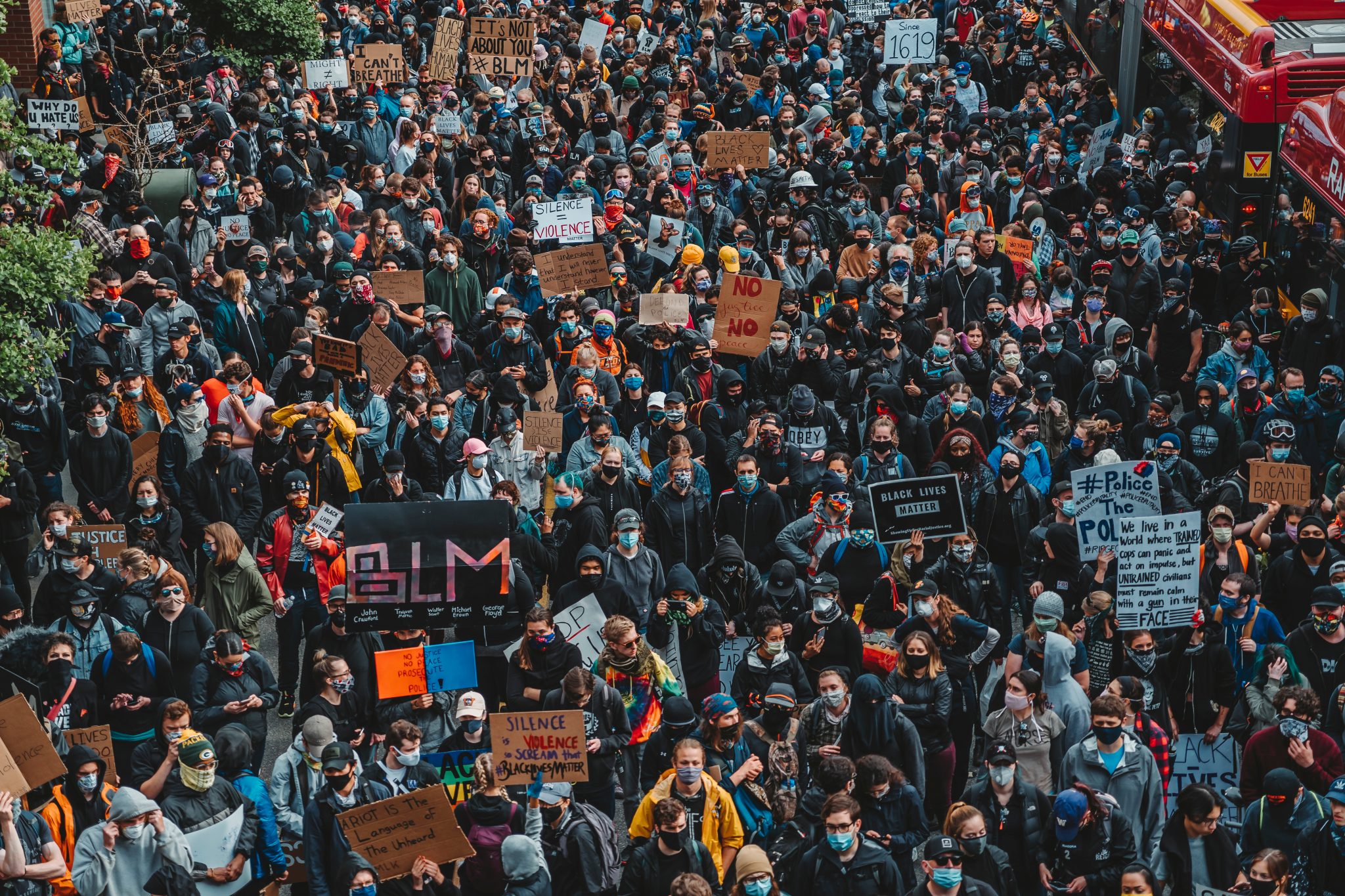 To understand the chaos currently being encouraged and perpetuated by the Left, we need to look back to progressivism’s beginnings in America.

The progressive era began around 100 years after George Washington was elected as our first president. Thomas Jefferson enshrined the theories of John Locke in the Declaration of Independence, defining equality under the law and our freedom as the will of God. Our constitution with its Bill of Rights was written to protect these freedoms.

The “Great Society” failed miserably, but like all government programs it continues to exist.

The Founders created a laissez-faire economy, which grew rapidly in its first century. Freedom does not guarantee economic success or excellence; it only provides opportunity, and most Americans prospered. Tocqueville observed how well individuals and communities solved problems on a local level.

“Liberty is the object of the Republic. Liberty needs virtue. Virtue among the people is impossible without religion,” Michael Novak wrote. He also points out that “By 1880 there were more universities in the state of Ohio than in all of Europe combined.”

The progressive era began with intellectuals, politicians, and some business leaders who wanted a more interventionist government because of ills such as employment, cartels, and the challenges of a growing society.

But these early progressives failed to realize that competition, energetic citizens, and civil society resolve these issues over time. Rapid growth of companies and countries is naturally chaotic, and not everyone fares equally. But over time, life improves for most citizens. Progressives believed they could control business with regulation and government agencies, which included anti-trust laws and a more planned economy. The USSR later proved conclusively that planned economies result in low growth and miserable living conditions for most citizens. Business working with government to create regulation hindered innovation and competition.

In 1913, three important legal changes were enacted, all in violation of the Founders’ intent:

Amity Shlaes, author of Great Society: A New History, said, “These changes made a flood of spending possible. For a while, in the 1920s, President Calvin Coolidge was able to halt the flood, resembling a boy with his finger in a dike. Eventually [with] Franklin Roosevelt’s New Deal, the waters flowed again. In the 1930s, for the first time in peacetime, the federal government’s outlays became greater than those of the states and town combined.”

The federal government soon was consuming 21 percent of the entire economy, and it is still growing. In 2020, the federal government will spend up to 36 percent of GDP, creating a massive deficit and weakening the dollar, the world’s reserve currency. It is clear that progressives helped create the modern welfare state, which attempts to solve all problems, real or imagined. Large government consumes valuable resources, and its regulation undermines entrepreneurial America.

Meanwhile entrepreneurs search for new ways to exit regulation and outperform their competition. The iPhone demonstrated Joseph Schumpeter’s creative destruction by devastating the photography industry, effectively ending land lines, and, for some, making the laptop unnecessary. Google connected the world with high-speed search, and Amazon provided the products we need delivered to our doorsteps.

The “Great Society” failed miserably, but like all government programs it continues to exist. It failed because it undermined the importance of families, in which each individual makes contributions based on their means and ability. This failed government program robbed millions of citizens of their sense of purpose in life. As Shlaes writes, “The programs of 1960s progressives — a group which includes John F. Kennedy and Richard Nixon — politicians were at the time only half aware of what they were doing. But they built program upon program.”

America has morphed from a nation bent on pleasing God and making a better life for our families to a nation bent on our own pleasures, a habit which has no limits. The Supreme Court often ignores our Constitution, and as a result our rule of law is undermined by our judges, elected officials, and some citizens.

Ironically, progressives are leading us not toward a better world but to chaos, which is now fully demonstrated by the national debt, riots, looting, and property destruction in the streets of our cities. My preference is to rename this group as the “regressives,” because they lack respect for God or American traditions.

But all is not lost. In spite of the damage done, there is a way out, because the core of America is sound. Recovery begins by recognizing we are a Judeo-Christian, God-fearing country.

Our Founders were erudite and wise because they studied and understood the classics, including the history of man. They knew that the freedom provided by God would allow individuals to develop their talents and create a prosperous society.

Government has failed its attempt to educate, and it is time to trust the individual, not the collective. Colleges, universities, and primary and secondary schools must be privatized. This will create competition, and only those who follow our traditions will survive. Public education must be defined as offering the opportunity to all students to attend school, but government must not operate these schools.

In addition to education, we must restore our country in the following ways:

In economic and moral terms this means that all people must develop their skills and talents to their highest potential. This is the best way to serve mankind. We must support our families, communities, and country with the traditions of hard work and good will.

We must replace chaos with adherence to our Constitution. This will lead to peace, justice, and prosperity, which is the American way.