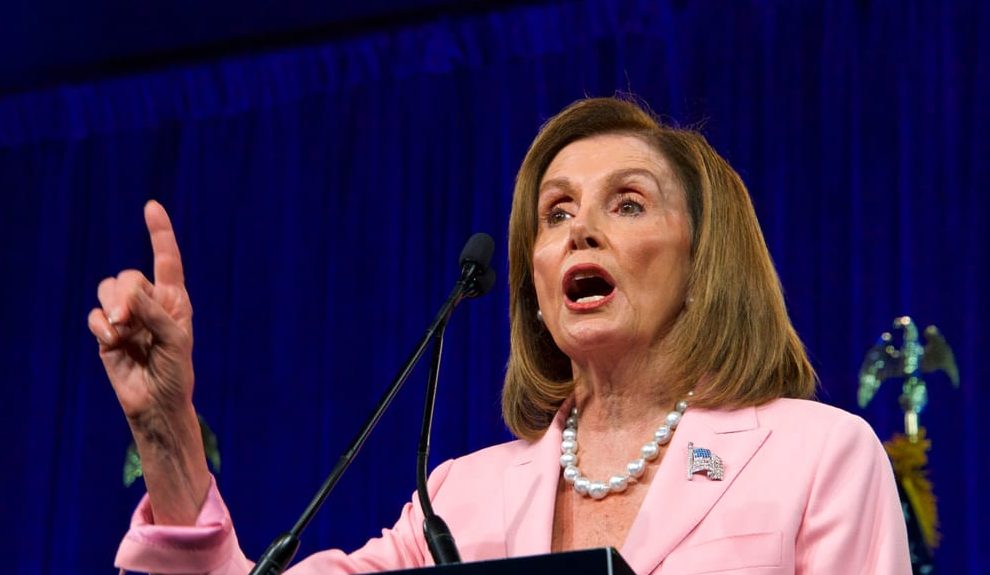 There will be many lies told today. For posterity, here is the letter from the president to Nancy Pelosi. Read this in full. It is the president’s own words.

When Barack Obama won the presidency in 2008, I was one of two bloggers chosen by the BBC to do election coverage in New York City on election night. The setting was a hotel lounge overlooking Times Square, and there was a big party. Among all the celebrating lefties, there was one distraught new American from Cuba. She was crying hysterically because she felt like Obama would destroy the country, or try. (She was right; he did.) This woman wondered why I wasn’t crying or more upset.

Well. I was upset, but more philosophical. The American people voted for Barack Obama, and I respect the American people even when I disagree with them. This was a free and fair election (for the most part — there’s always Philadelphia), and that was still a thing to celebrate.

John McCain gave the best speech of his life on that Jumbotron in Times Square. I watched him with the feelings I always have about John McCain: respect mixed with anger. Had he given a speech like this at any time during the campaign, perhaps the outcome would have been different. But it wasn’t and he didn’t and that’s how elections go.

The media, Democrats, and Never Trumpers never gave Donald Trump the grace that is uniquely American: the respect for the election results, no take-backs, no spoiled sport. Our elites (who are turning out to be grabby, self-dealing, corrupt sciolists) upended this magnanimous tradition. They’ve been the equivalent of a toddler who has had a never-ending tantrum for three years. The impeachment fiasco is the meltdown in a quiet church.

Will the voters put up with this spoiled and outrageous behavior? My hope is that they don’t. Elected officials, the bureaucracy, and the media need to understand who is actually in charge. As any parent knows, there are a couple times in a child’s development that are pivotal. The parent is dealing with a kid who could go either way, and the parent, for the sake of the child, must win the battle of wills or else the child will end up a psychopath or just a rotten, miserable adult.

America is at that critical juncture. Donald Trump rightly understands that this isn’t really about him (and yes, I believe this.) President Trump will come and go and fade into the mists of former presidents just like every other former president. What will remain are the mores and standards set here, now. Nancy Pelosi knows this and has the benefit of two generations of political knowledge, which is why she has been so hesitant to start impeachment proceedings. She acquiesced because she’s being squeezed by the angry young socialists in her party who promised to bring pain to the safe liberals in the House. Instead, Nancy is sacrificing the moderates.

It’s all theater from here. So far, the Republicans have handled the Democrats with very-unlike-Republican grace and deftness. The impeachment charade, Brett Kavanaugh, and the rest of the political hot potatoes have ended in Republican wins. This is a new phenomenon entirely credited to Trump. He refuses to buckle and won’t give in. That fortifies the House Republicans. A couple House members and senators have taken the fighting mantle and have been bruisers, directly punishing the Democrats. And Mitch McConnell is punishing in his own way: getting scores of originalist judges confirmed across the fruited plain while House Democrats dither with impeachment.

Still, this all has come at a great cost to the Republic. The president and the people who voted for him were robbed of their mandate. They have been subjected to harassment and vilification. The poison injected into the system by Obama (weaponizing the federal government against political enemies) has continued during Trump’s tenure. It is, in one word, evil.

Democrats should fear justice in this impeachment case. It won’t end well for them.