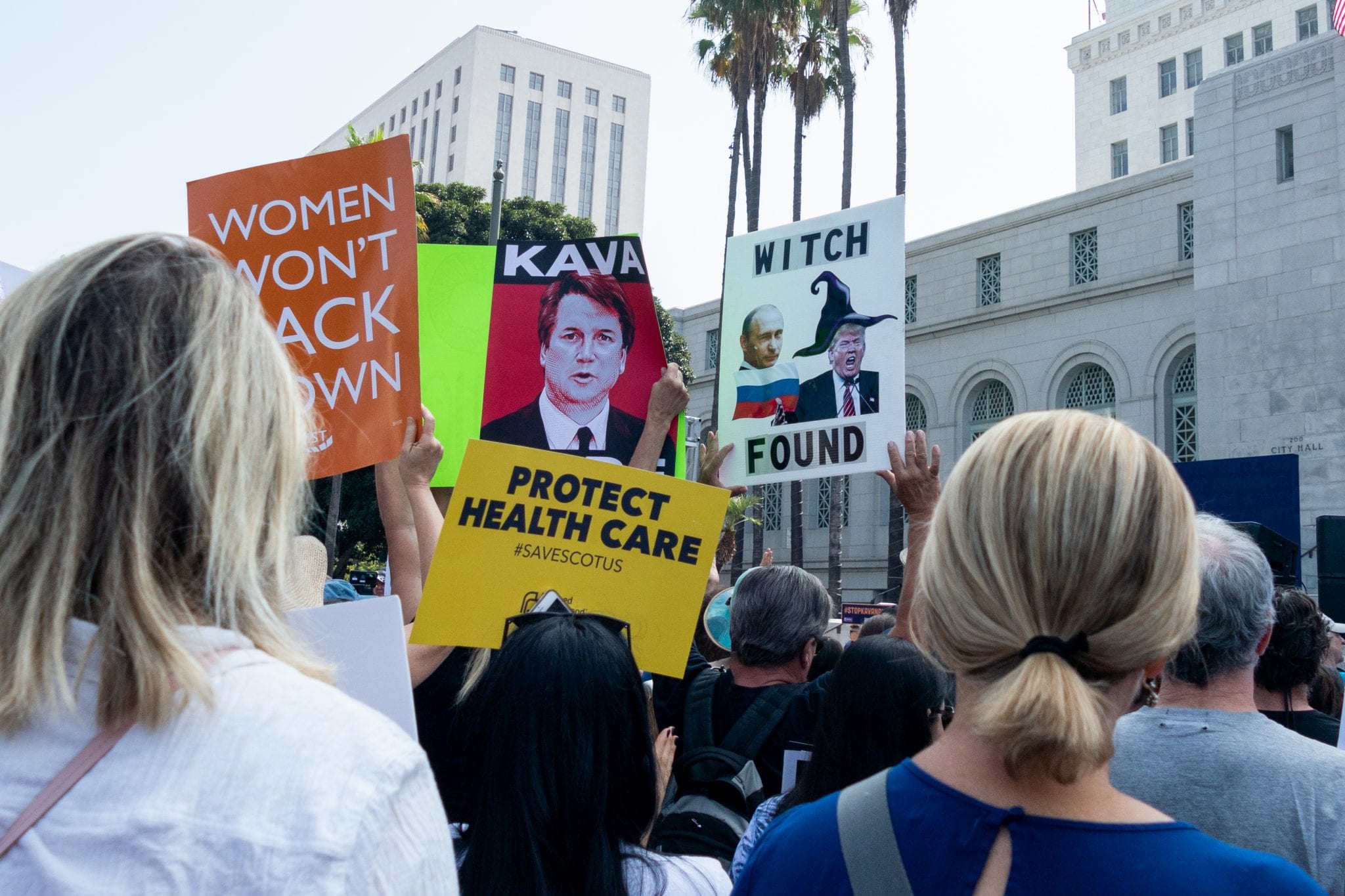 At some point, we’re going to progress past simply assuming every “exposé” by certain organs among the legacy media, with the increasingly ridiculous New York Times most prominent among them, are mere propaganda, and convert that assumption into conviction or even dogma.

And at that point we will almost assuredly not be wrong.

The furor over the latest round of false accusations against Supreme Court justice Brett Kavanaugh provides a good case in point, because one can’t help but notice that while the Left’s storytellers in Hollywood have largely lost the ability to produce material that isn’t a reboot or a sequel, a similar affliction has taken hold of the storytellers in New York and D.C.

Kavanaugh went through a meat grinder no American citizen should ever endure solely for the purpose of attaining a government job after a host of Democrat hacks on Capitol Hill and in newsrooms concocted a series of unsubstantiated and clearly false allegations that as an adolescent and young adult he engaged in ungentlemanly behavior with females of his acquaintance. As those allegations were vetted it became quite clear that the accusers were liars with a political agenda clearly in mind — namely, to keep Kavanaugh off the Supreme Court for fear of his judicial decision in future abortion cases.

The moral implications of destroying a man’s reputation and psyche in preservation of the ability to destroy other human beings yet unborn never apparently troubled any of these people, something that holds a lesson for the rest of us.

But now there’s a sequel, or perhaps a reboot, of Kavanaugh’s ordeal, thanks to the Times’ pimping, by way of an article over the weekend, a forthcoming book by a pair of its storytellers. In that book is included a “fresh” allegation that Kavanaugh engaged in sexually inappropriate behavior with a female acquaintance decades ago.

Specifically, that “friends of Brett Kavanaugh pushed his penis into the hands of a female student at a drunken dorm party.”

But on Sunday night, the Times sheepishly ran a correction to the article, noting that the supposed victim declined to be interviewed by the feds who vetted Kavanaugh and friends of hers say she doesn’t remember the incident.

So how did the Times uncover this shocking and Very Seriously True You Guys allegation?

Because it was made to the paper by one Max Stier, who is described by the Times as running a nonprofit organization in Washington. This might have been true as far as it goes, but Stier also happens to have been a partisan Clinton operative who had worked on the former president’s defense team when he was being investigated by special prosecutor Ken Starr following the Monica Lewinsky scandal. Kavanaugh had been on Starr’s investigative team at the time.

Safe to say no objective journalist would take Stier’s allegation at face value given his background.

But that’s the New York Times for you. It is no longer a reputable journalistic organization but rather a Democrat party organ decreasingly interested in so much as a patina of credibility.

That multiple of the Democrats’ miserable presidential candidates followed in the wake of the Stier-Times hit job to demand Kavanaugh’s impeachment or resignation only added to the farce.

And just when you thought the journalistic and political outrage had reached its peak, CBS News of all people stepped in to thrash the Times with what it called the “real bombshell” behind what’s going on with the Brett Kavanaugh repercussions. Namely, that Christine Blasey Ford’s friend Leland Keyser, who had been touted as a witness to prove her accusations against Kavanaugh, came forward to say she was pressured and threatened with a smear campaign and stated she never found Ford’s accusation credible and furthermore denied the party at which Ford claimed to have been sexually assaulted by Kavanaugh ever happened.

Which was something all honest Americans following the Kavanaugh drama knew was true from the beginning.

What impresses most about this is the lack of creativity. Why go back to the Brett Kavanaugh Sexual Assault well when most Americans weren’t persuaded by it the first time these nakedly dishonest attacks were brought forth? It’s reminiscent of the never-ending Trump-Russia hoax, which still emits sparks even after it’s clearly burned its way out of the public’s interest. You would think these people would come up with some new material.

Then again, as we said above, the storytellers in Hollywood can’t come up with anything new, either.

We’ll just chalk this up as one more data point proving the theory that today’s Democrat party is by, of, and for people who suck at their jobs.

The funniest thing about Beto O’Rourke asserting, following the instantly famous come-and-take-it retort by Texas state representative Briscoe Cain to his demand for Australia-style firearm confiscation, that Americans will voluntarily obey the law and turn their guns in is his own record.

Let’s not forget that O’Rourke, in his younger days following a stint as a transvestite punk rocker, voluntarily disobeyed the law and drove drunk, which got him into a near-fatal car wreck, and was also arrested for burglary.

You can’t get entertainment like this from Hollywood — especially now that Hollywood isn’t capable of new material. Here we have someone who is a known burglar demanding that people give up weapons capable of warding off burglars.

The clock is ticking on Beto O’Rourke’s political career. He only gets weirder from here. And to think of all the idiots in Texas who actually put up yard signs touting this fool as a potential U.S. senator.

This will be a first, but there is actually a serious dramatic series starring Sacha Baron Cohen that is quite good. It’s The Spy, an English-language French series directed by Gideon Raff, which debuted on Netflix a week or so ago, and in it Cohen plays Mossad agent Eliyahu Cohen, who managed to infiltrate the Ba’athist regime in Syria in the mid-1960s, rising so high that he ended up as an adviser to the country’s minister of defense and supplied the Israelis with crucial intelligence they used, ultimately, to take the Golan Heights in the Six-Day War.

Cohen was found out and executed in 1965, and to this day the Syrians refuse to return his remains to his home country. Regardless, he is a national hero in Israel, and The Spy is the second film treatment of his story — he was played by John Shea in the 1987 TV movie The Impossible Spy.

Well worth a watch. And Cohen, whom nobody considers a serious actor after his early-career antics in movies like Borat and Brüno, is absolutely excellent in it.