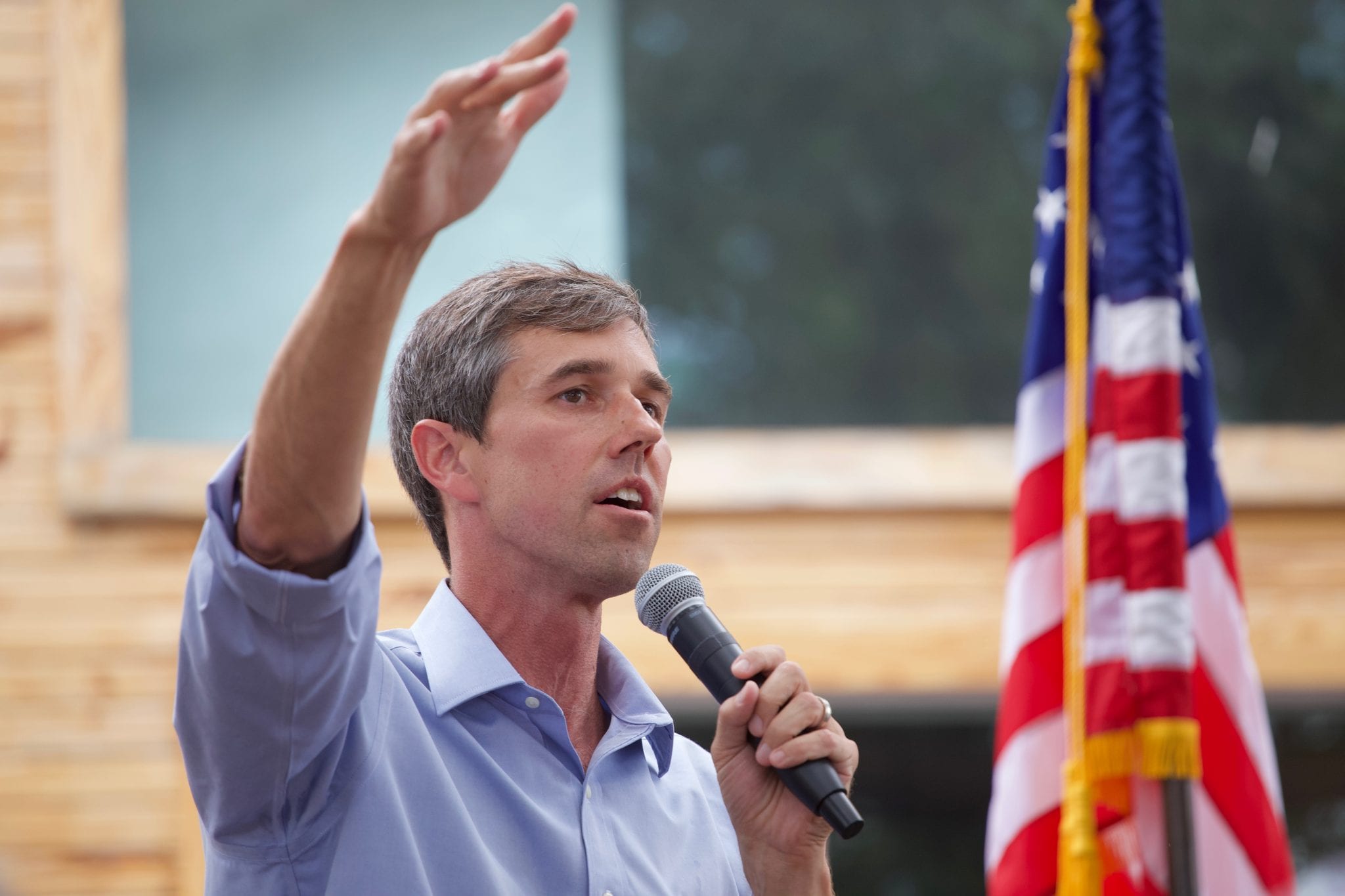 “We can mark the creation of this country not at the Fourth of July, 1776, but August 20, 1619, when the first kidnapped African was brought to this country against his will and in bondage and as a slave built the greatness, and the success, and the wealth that neither he nor his descendants would ever be able to participate in or enjoy.”

So says Beto O’Rourke, Boy Beto, here in the form of Professor Beto, lecturing the Democrat faithful at the party debate in Houston last week, the day after America mourned the anniversary of 9/11. But it wasn’t the evil of 9/11 that was in Beto’s crosshairs; it was America, at its very core.

Beto explained that racism was not merely “endemic” to America but “foundational.” It’s a line that works fabulously for Beto among fellow progressives, who stomp and applaud enthusiastically.

“This country was founded on white supremacy,” Beto insisted on the campaign trail in Nashville, “and every single institution and structure that we have in this country still reflects the legacy of slavery.”

Note the striking lack of nuance. Beto doesn’t pause to add carefully some obvious qualifiers to the stark hyperbole, maybe something like, “Regrettably, there were some white supremacists at the time of this nation’s founding, and there are still certain institutions and structures that reflect racism.” Nope, these are racial hand grenades rolled by a reckless man almost elected by Texans as their U.S. senator: “This country was founded on white supremacy, and every single institution and structure that we have in this country still reflects the legacy of slavery.”

Beto O’Rourke stokes the flames of racial animosity while, of course, portraying himself as racial healer. Al Sharpton is more cautious. Jesse Jackson was capable of greater restraint. Who would Beto select as a running mate? The Rev. Jeremiah Wright?

But aside from the sheer shamelessness of Beto’s racial pandering, look closely at what he said in Houston, which is an extension of the odious “1619 Project” the New York Times Left is fomenting from sea to shining sea. To repeat: “We can mark the creation of this country not at the Fourth of July, 1776, but August 20, 1619, when the first kidnapped African was brought to this country against his will and in bondage and as a slave.”

Not only is this a stunning smear by Beto, but it’s a stunning display of ignorance. For starters, “this country” didn’t exist in 1619. We weren’t what came to be called the “United States of America” until quite some time after July 4, 1776, let alone August 20, 1619. In fact, the Declaration of Independence alternately refers to “these States,” “these united Colonies,” “the united States of America” (lower case “united”).

Still worse is the callous disregard for the genuinely special thing that happened in 1630, when John Winthrop and crew boarded the Arbella for what would eventually become, a century or so later, the United States of America. They envisioned a kind of Shining City Upon a Hill. “For we must consider that we shall be as a city upon a hill,” said Winthrop. “The eyes of all people are upon us.”

That became a popular phrase of Ronald Reagan, not to mention a great Democrat, John F. Kennedy, who long ago rolled over in his grave at where his Democratic Party stands now. In fact, the likes of JFK and RFK and Harry Truman and even a proud American like FDR surely flip over every time Beto opens his mouth. Here’s how Reagan described the Shining City in his Farewell Address given from the Oval Office:

The phrase comes from John Winthrop, who wrote it to describe the America he imagined. What he imagined was important because he was an early pilgrim, an early freedom man. He journeyed here on what today we’d call a little wooden boat; and like the other pilgrims, he was looking for a home that would be free. I’ve spoken of the Shining City all my political life, but I don’t know if I ever quite communicated what I saw when I said it. But in my mind it was a tall, proud city built on rocks stronger than oceans, wind-swept, God-blessed, and teeming with people of all kinds living in harmony and peace; a city with free ports that hummed with commerce and creativity. And if there had to be city walls, the walls had doors and the doors were open to anyone with the will and the heart to get here. That’s how I saw it, and see it still.

As noted by Bill Bennett, Reagan’s secretary of education, this Reagan statement (a beautiful speech written by Peggy Noonan) was not only a parting presidential message but also a history lesson, a chance to educate Americans about America. It was a teachable moment in American exceptionalism.

But to Beto and boys and girls, America is exceptional for its evils, especially its “endemic,” “foundational” racism. Here’s a country hell-bent on slavery, bondage, “founded on white supremacy,” and “every single institution and structure that we have in this country still reflects the legacy of slavery.”

Here’s a Racist City Upon a Hill — heck, even before Winthrop and boys and girls hit the shores.

Liberal Democrats are engaged in a nasty racial McCarthyism (to borrow one of their favorite terms of derision). They have politicized and weaponized race, and Beto O’Rourke is top gun among the 2020 brigade of Democrat candidates for the Oval Office. For Beto, it isn’t merely Donald Trump who’s racist, but the United States of America.