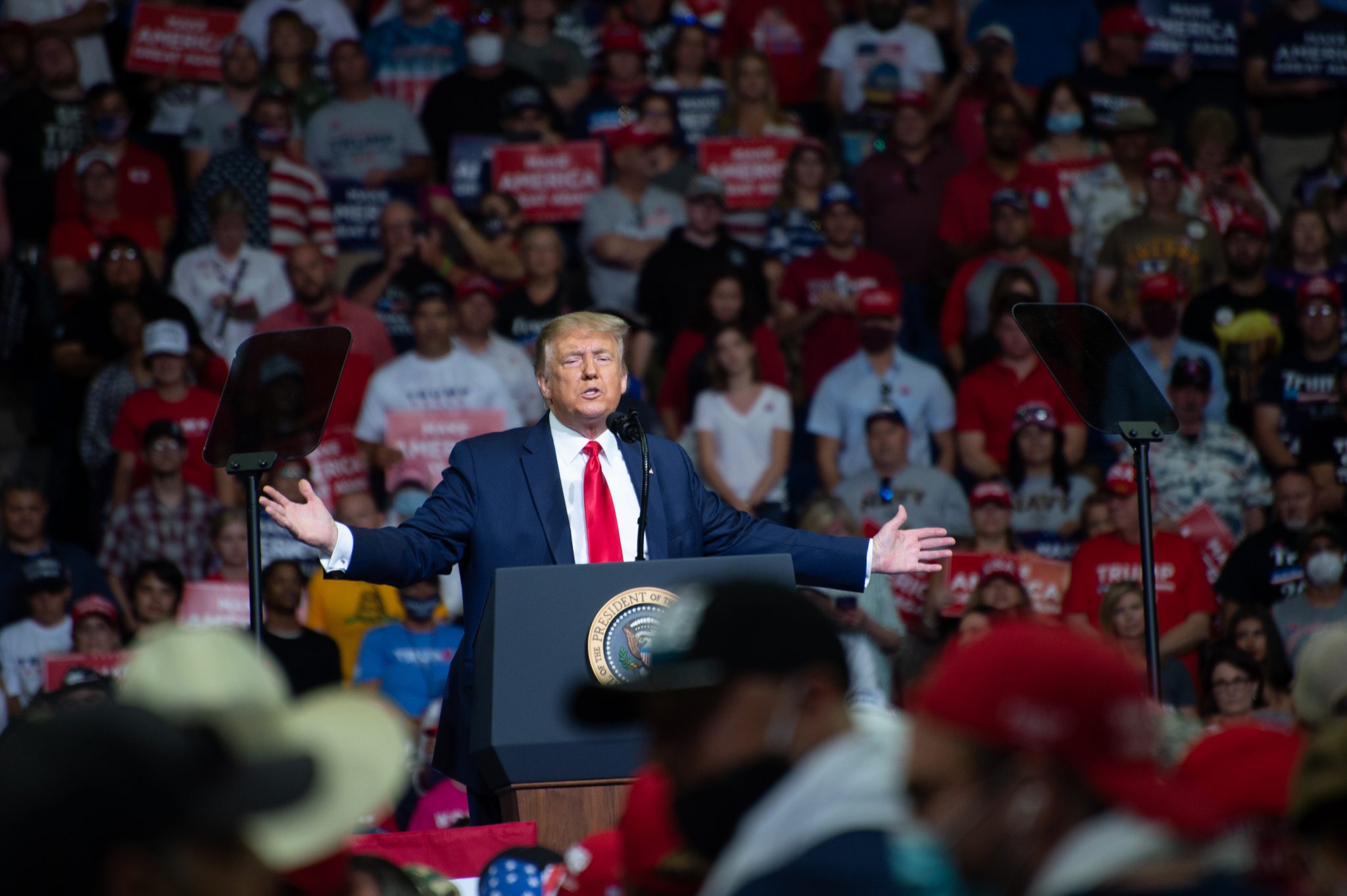 Scott McKay, whose unstoppable verve and wild humor is always a mighty tonic, says that the rally in Tulsa, which in a previous American Spectator column he had predicted would get a full house (20,000) but fell short (about six or seven thousand, and no “overflow crowd” outside as promised), was a pretty good show compared to a rally by “black trans” people in Brooklyn, which drew fewer. Nu, while the sarcasm is fierce and funny, is it the moment to compare the prez to these meshuggener?

I cannot grudge Mr. McK’s effort to draw a positive out of disappointing event. Maybe there is no cause for alarm yet, and tomorrow’s another day and next week’s another week. Still, there are threats to the Republic out there, as indeed Mr. McK’s column was chiefly concerned with explaining. And explaining away. But he was not exactly persuasive in explaining how they would be swept away.

How can a president, the father of the country, go to a place like Tulsa at a moment such as this and talk about helicopters and leather soles?

Activist minorities are not representative of a nation and its culture, of a society in all its variety and its divisions, which in fact are an asset so long as they are thrashed out in a climate of free expression and inquiry. We have had these since the beginning, and James Madison, among others, pondered the matter.

But we should not be so vain to think our great silent majority is not vulnerable to being manipulated and subverted by activist minorities. Indeed, we have been through red scares and other scares, and they were not figments of our forefathers’ imaginations. Divine Providence — and the likes of A. Mitchell Palmer, Martin Dies, and, yes, Joe McCarthy, with their virtues and their flaws — protected the United States of America, as it protects widows and idiots, but we cannot assume it will always operate, well, providentially.

You need a champion to beat the opposition. Sometimes, as the late, great Tom Wolfe observed, the champion, the one recognized as such by the people (the people, yes) whose side he leads, is flawed. They respond to his identification with their hopes and fears; he manifests empathy.

He may be a tragic hero, a theme taken up by Victor David Hanson and F. H. Buckley in different ways with reference to the president. People respect a tragic hero. He is owed loyalty and gratitude. In a democratic society such as ours, he is not owed blind loyalty and gratitude. If he falls into a pattern that unwittingly helps the activist minority manipulate a large enough number of voters in enough states to take the Electoral College, then he must be criticized and persuaded, especially by his supporters, to alter his ways. In this case, for the most part, that means his rhetoric.

This year is so weird and unusual that no electoral calculus is trustworthy beyond the day it is made, if it is trustworthy at all. But if you assume the president is on a safe course to victory, you had better get your head examined. The main reason is that he is reluctant to show the compassion, the largeness of soul and heart, that a decisive number of voters are waiting for and will respond to, carrying a majority of Electors — who may well be the last ones in our history, if the election goes to the history-burners and the College is abolished.

How can a president, the father of the country, go to a place like Tulsa at a moment such as this and talk about helicopters and leather soles? His core followers may get it, and they may like it, but they are not the few thousands of voters the candidate snatched from Democrat districts in Pennsylvania and Wisconsin and Michigan four years ago. Why could he not have talked about black Americans, American policemen, small businessmen in tough neighborhoods? People cut down in the streets of Chicago — and elsewhere — in the crossfires of gangsters? People worried about a health crisis and its consequences, and quite able to listen to calm and sober and purposeful words about what they, and their governments local and national, can do about it?

Donald Trump made a powerful mark by showing up the establishment political class and a media industry that had largely become its amplifier, by refusing to pay even lip service to their party line. This sent a powerful message of hope across America, and it won him the presidency.

No predictions, but a repeat performance is unlikely to produce the same result. The Democrats and their Republican friends in such fronts as the perversely named Lincoln Project will simply make lists of promises made and not fulfilled.

While the likes of these take this soft approach to a president they view as unfit, the radical wing of the opposition goes much farther. The congressional district of one of the Democrats’ last centrists, Eliot Engel, will be represented in the next session by Jamaal Bowman, whose vision is well encapsulated in this quote:

Poverty is not a result of children and families who don’t work hard. Poverty is by political design and is rooted in a system that has been fractured and corrupt and rotten from its core from the inception of America.

The soft attacks may be viewed as unfair, because in fact the administration has met, or has begun meeting, many of its promises, and this despite an attempt to overturn a democratic election and an incessant barrage of hostility and obstruction and irrelevant attacks. The radicals’ attacks, however, will hold the country hostage to ever-greater subversion, and it will mean the country is governed by a party that lets the radicals set its agenda. In a Congress where Bowmans replace Engels, centrist or “Lincoln Project” Republicans will be irrelevant.

Observe that this is not in itself unprecedented. A comparable effort was mounted against Andrew Johnson in the late 1860s, and again against Richard Nixon in the early 1970s, and this one was successful. The efforts to destroy the Trump presidency failed, while causing damage to the Republic’s governance. The possibility now is for governance to become utterly impossible. In such a situation, counterpunching is not enough: the president’s message must be one of showing that his tent is large, excluding only the most America-hating fringes.

A president is a father: he accepts the waywardness of callow sons, as did David in the book of Kings. Even when Absalom took up arms, David would have spared him, but for treacherous subordinates. The president must show that he can rise to the occasion. He need not give an inch to the anti-American protesters and their terrified appeasers who behave like dhimmis under Islamic despotism and who are popping up all across our public and social and economic realms.

All he need say is that he hears the people, the people who believe in America, and that he knows they are owed nothing except a shot at the American dream that his detractors would scorn and abandon.