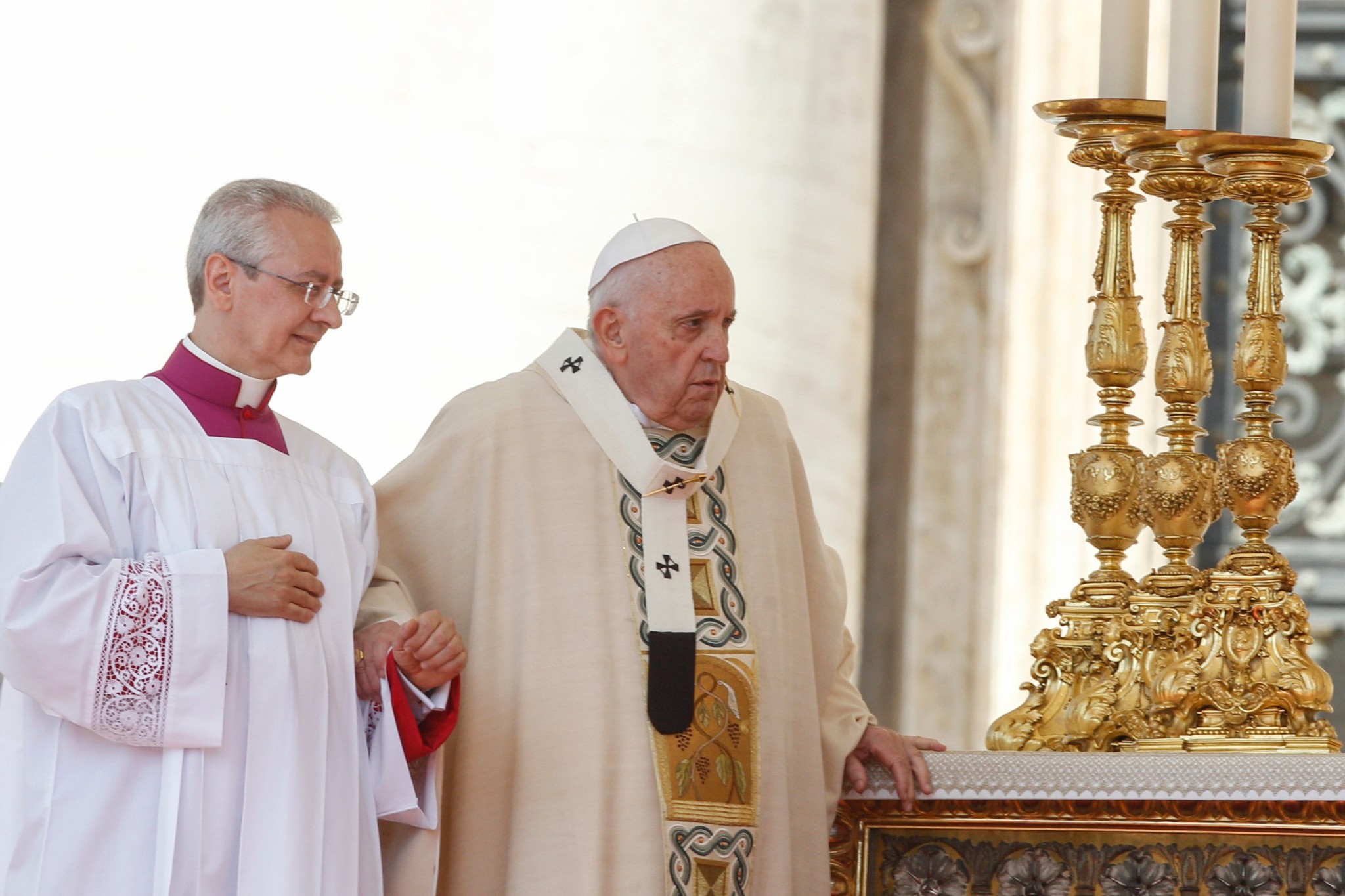 Pope Francis, who belongs to the Jesuit order, periodically meets with Jesuit magazine editors to discuss the direction of the Church. These interviews are invariably newsworthy. In 2013, he made headlines after telling Jesuit editors that the “dogmatic and moral teachings of the Church are not all equivalent” and that “pastoral ministry cannot be obsessed with the transmission of a disjointed multitude of doctrines to be imposed insistently.” He gave a similarly significant interview to Jesuit editors last month, telling them that the Church needs to reject “restorationism.”

“The number of groups of ‘restorers’ – for example, in the United States there are many – is significant,” he said. He suggested that the conflicts within the Jesuit order after Vatican II mirror today’s conflicts. He praised Pedro Arrupe, the head of the Jesuit order during a period of liberal ferment from 1965 to 1983, for moving it in a progressive direction.

“You were not yet born, but I witnessed in 1974 the ordeal of Father General Pedro Arrupe during the 32nd General Congregation,” he said. “At that time there was a conservative reaction to block the prophetic voice of Arrupe! Today for us that General is a saint, but he had to endure many attacks. He was courageous because he dared to take the step.” (The 32nd General Congregation was a worldwide gathering of Jesuits in Rome.)

Arrupe played an important role in the pope’s rise within the Jesuit order. Arrupe made him a provincial in Argentina at the age of 36.

The “conservative reaction” against Arrupe to which the pope refers came from Spanish Jesuits. “A Jesuit from the province of Loyola was particularly aggressive toward Fr. Arrupe,” he told the Jesuit editors. “Why am I telling you this story? To make you understand what the post-conciliar period was like. This is happening again, especially with the traditionalists.” The Church, he said, “must return to Arrupe: he is a light from that moment that illuminates us all.”

According to Austen Ivereigh, one of the pope’s biographers, Arrupe enlisted Jorge Bergoglio’s help in putting down the protests of the Spanish Jesuits at the order’s 32nd General Congregation.

“On the eve of the general congregation, [the conservative Jesuits] had created a new network, Jesuitas in Fidelidad (‘Jesuits in Fidelity’), which was lobbying against both the [general congregation] and Arrupe,” Iverigh writes in The Great Reformer. “Bergoglio, he says, ordered one of the group’s leaders “to leave Rome” and then went to Rome’s train station to persuade other members of the group “arriving from Spain to return home.”

In his interview with the Jesuit editors, Pope Francis empathized with Arrupe’s “fidelity” to the papacy — a reference to his warm relationship with Pope Paul VI. But missing from the pope’s reminiscences about that Jesuit era under Arrupe was any mention of its remarkably strained relations with Pope John Paul II. Dismayed by heterodoxy within the order, Pope John Paul II took the extraordinary step in the early 1980s of suspending the ordinary governance of the Jesuits. He did not support the liberalization of the order under Arrupe and wanted new conservative leadership from it. As a spokesman for the order put it at the time, Pope John Paul II “wants the Jesuits to be more religious and not get too involved in politics.”

But this papal intervention didn’t succeed in changing the order’s direction. It stayed on Arrupe’s “social justice” course and produced its first pope in Jorge Bergoglio. To the modern Jesuits, even the conservatism of Pope John Paul II was a troubling form of “restorationism.” They have never forgotten his attempt to straighten out the order.

“Restorationism has come to gag the Council,” says Pope Francis, referring to Vatican II. “An Argentine bishop told me that he had been asked to administer a diocese that had fallen into the hands of these ‘restorers.’ They had never accepted the Council. There are ideas, behaviors that arise from a restorationism that basically did not accept the Council. The problem is precisely this: in some contexts the Council has not yet been accepted. It is also true that it takes a century for a Council to take root. We still have forty years to make it take root, then!”

According to this analysis of the Church’s crisis, it derives not from the waning of tradition but from the recovery of it, not from confusion about Vatican II and misapplications of it but from an unwillingness to embrace its presumed liberal spirit. That wasn’t the view of Pope John Paul II or Pope Benedict XVI, who worried less about restorers than innovators.

Pope Francis holds up the post-Arrupe Jesuit order as a model of health for the whole Church, but his predecessors certainly didn’t see it that way. They feared the order’s liberal evolution, evident in the anti-Catholic propaganda that pours out of Jesuit colleges and universities, and sought to arrest it.  What Pope Francis sees as the cure, they saw as the disease.