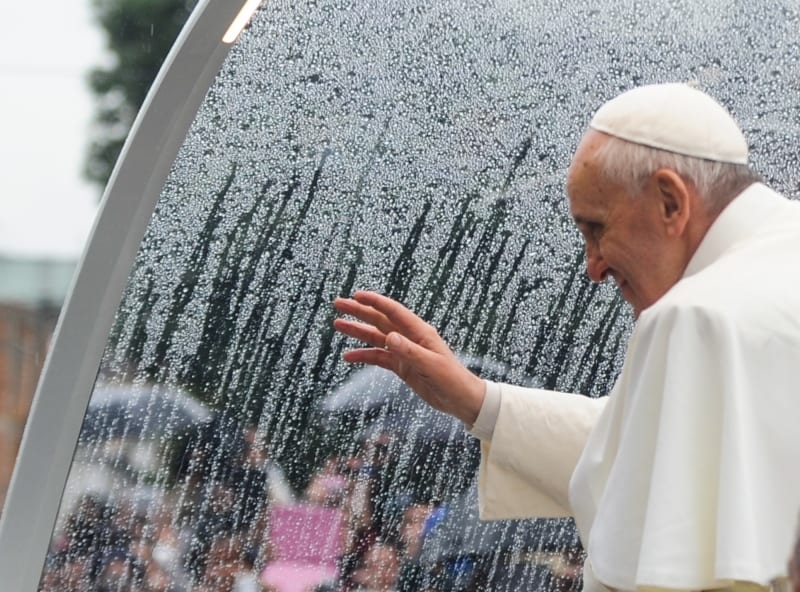 I have never met the Pope, but I have followed his activities sedulously, as might be expected of a Roman Catholic. Pope Francis is an agent for change in his 2,000-year-old church, change in what Catholics believe and change in how they worship. Notwithstanding my never having met him, my guess is that he was a bit embarrassed by a decision announced recently by the Episcopal Church in Washington, D.C. The Episcopalians got the jump on him in the realm of change.

The Episcopal Church recently resolved to eliminate all references to God’s gender whenever possible. What is more, churchgoers at Washington’s National Cathedral — an Episcopal place of worship — will no longer be defined by their biological gender. Thus men who claim to be more comfortable as women can attend women’s Bible class, and I presume they can use the women’s restroom. The same holds for women who are uncomfortable being designated as women. This change for “transgendered” men and “transgendered” women will come as no surprise to modern Americans. Though, how this “gender-neutral” language will go down with God is another matter. For thousands of years He never seemed to mind being addressed as a male, to be specific as a Father.

As for Pope Francis, he has got to be irked by these bold changes at the Episcopal Church. After all, he has been leading the way as the Christian world’s premier reformer. Now, of a sudden, the Episcopalians have leapt ahead with their gender-neutral toilets, Bible classes, and references to God as He, She, or It. Though I wonder how they will begin the Lord’s Prayer. “Our Father” will be changed to what, “Our Mystery” or “Our Old Friend.” And has not God in the process suffered a demotion? How is He going to take it? Frankly, I would avoid riling Him up.

Imagine, Pope Francis denounces the United States as a materialist society while he courts the Red Chinese, the second largest economy on earth. China is a nation that is founded on atheistic materialism. It has veered from its Marxist course only to accommodate a kind of crony capitalism, becoming a nation that is second only to the United States in supplying the world with goods and services. The Chinese are free to make and market widgets but not to go to church, and the Pope apparently agrees. For the sake of consistency, it seems to me that Pope Francis ought to replace American bishops with bishops nominated by President Donald Trump or the Chamber of Commerce, though I doubt he will. George Neumayr in his very good book, The Political Pope: How Pope Francis Is Delighting the Liberal Left and Abandoning Conservatives, argues Pope Francis is in his heart of hearts a leftist. His treatment of Chinese bishops is an example of how he thinks.

Nor is this the only instance of the Pope siding with the powers of darkness. While claiming to have “zero-tolerance” for sex offenders in the Church, he has objected to evidence of such offenses provided by his own sex-abuse commission. In the case of the Chinese bishops, he is selling out to political power. Who is he selling out to in the case of sex offenders and the clergy who cover up for them?