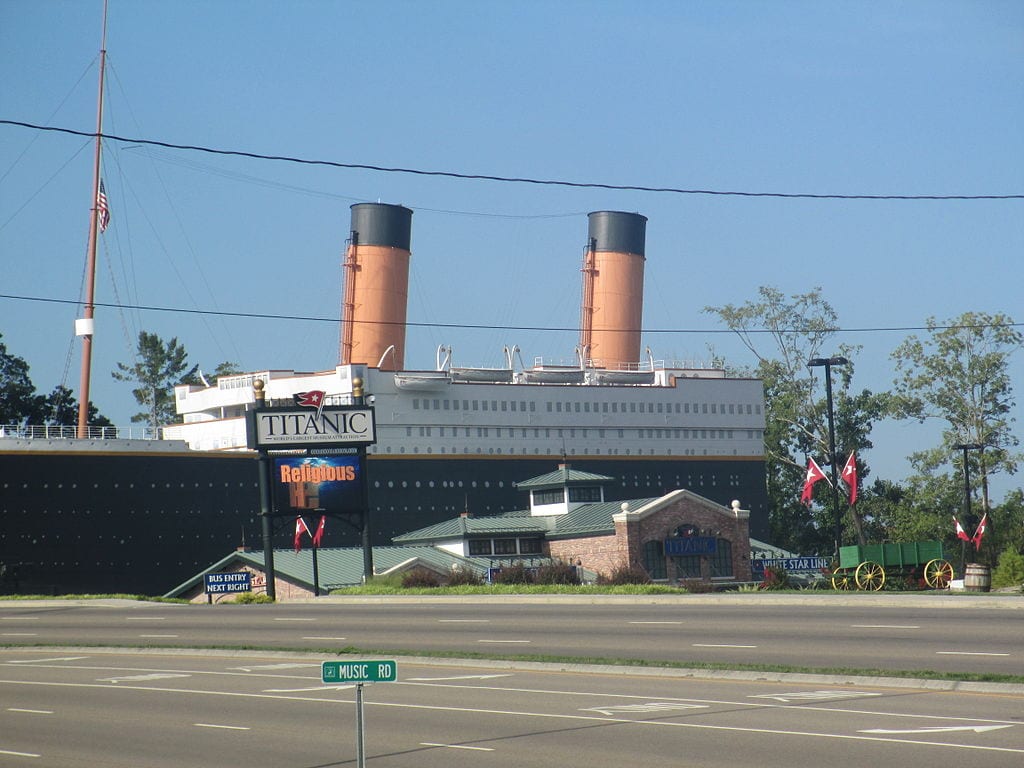 For many governors, this Friday, May 15, is the magic day when businesses, churches, and other “nonessential” parts of American life in their state will open. For more skittish governors, it’s the end of the month. For Illinois Gov. J. B. Pritzker — who knows? — it may be never.

But for Tennessee Gov. Bill Lee, opening day was May 1. It was a controversial decision, but then, reopening was always going to be a tough job, no matter when it happened. Communities have been wrecked economically. People are still afraid for their jobs and their health. And many wonder if life will ever return to normal because the coronavirus pandemic has impressed itself indelibly on the framework of American life.

In Pigeon Forge, Tennessee’s largest tourist town, reopening is the only option. Because without tourism, it is nothing. This is the town, after all, where Dollywood, an amusement park named in honor of hometown country singer Dolly Parton, is the city’s biggest employer. Dollywood is the anchor attraction supporting a family-friendly main drag that boasts mini golf, dinner shows, and a half-size replica of half the Titanic. Without them, Pigeon Forge is an austere place.

Small crowds sat outside of nearly every open joint in the city while restaurant workers wearing latex gloves and protective masks counted their numbers inside.

And like so many other tourist towns, the closure of “nonessential” businesses like these killed employment. Dollywood temporarily laid off 630 people in late April and told them that they wouldn’t likely be back to work until the end of May. Chartwell Hospitality, which owns several hotels in the area, cut more than 800 employees that same week. Sunliner Diner, a massive retro restaurant on the main strip, knocked off more than 200. The county’s unemployment rate surged in the space of a few weeks, and many business owners feared the worst.

The coronavirus itself did not hit Pigeon Forge as hard as places like New York. As of this writing, there are only 65 confirmed cases in Sevier County, where Pigeon Forge is located. About 50 of those people have recovered. Only two have died.

If the county had not shut down, it could have been worse. Or maybe it wouldn’t have. No one knows. But either way, the rush to close everything up killed the local economy for nearly two months.

“Our way of life turned upside down,” said Chucky Blalock, who co-owns and operates several smaller tourist attractions in the city.

But on the first of the month, with Lee’s approval, Mayor David Wear reopened The Island, a walking mall in the center of Pigeon Forge that features restaurants, a Ferris wheel, and shops where visitors can buy anything from Paula Deen accessories to kitschy paintings of Jesus dancing with children.

Wear, who co-manages the Island, said he wasn’t sure if he could expect anyone to show up. But come they did. On the first Saturday afternoon, the Island was the most hopping part of the city, with hundreds of sunburned people walking around, buying kitsch, and eating in restaurants.

The speakers above the plaza played pop music from the mid-2000s, occasionally interrupted by recorded warnings telling people to practice social distancing. The smell of fried oil and booze permeated the air as children ran through fountains and older people looked on from rocking chairs set up in the center square.

Restaurants were packed, even at half capacity. At Margaritaville, the wait for a table was anywhere from 45 minutes to an hour. Stickers on the ground spaced six feet apart from each other in front of the restaurant encouraged people to stay safe with Jimmy Buffet-themed quotes. “Watch out for pop tops,” said one. “Caution: Fins to the left,” said another.

The wait was similar at nearly every other restaurant. But people were willing to wait. Small crowds sat outside of most open joints in the city while restaurant workers wearing latex gloves and protective masks counted their numbers inside. One man lay out on a bench scrolling through his phone as he waited to be seated. It took about an hour.

Inside, management did the best they could to make the experience comfortable, with hand sanitizer pumps stationed at every door and tables spaced a clean six feet from each other. TVs played sports reruns and documentaries in lieu of actual sports.

Elsewhere, other businesses attempted to restore some sense of normalcy to their customers’ lives. At Emery 5-10, a gift store at The Island, an employee had set up a cardboard cutout of former Vice President Joe Biden standing behind a cutout of Sen. Elizabeth Warren to make it appear like he is sniffing her hair. It’s a reference to the recent sexual abuse allegations against Biden, and a woman working behind the counter said it’s meant to give people a little levity.

“You can’t pass up comedy like that,” she said.

Although several coronavirus snitches posted pictures of the gathering at the Island, criticizing tourists for going out, Wear said he was pleased to see people enjoying themselves after nearly two months of a lockdown.

“It was just good to see people having a good time,” he said. “After so long, we have kids dancing in the fountains — being conscious about where they are of course and adhering to the social distancing guidelines — but we need these interactions.”

Wear, of course, is aware of the risk in reopening. Someone could get sick. There could be another outbreak. Any number of liabilities could spring up and damage his, and, by extension, the city’s, reputation. But reopening, he said, is a necessity for Pigeon Forge.

“I hear what people are saying with their concerns,” he said. “I respect that. I understand. But I also understand that these people need to get back to work for their livelihood. There’s a lot more at stake than people’s physical health. There’s emotional health, financial health, mental health. There’s a lot of health issues in this pandemic that are not as pointed as the ones directly related to the virus, but not any less substantial.”

If Lee continues to reopen the state — and the virus doesn’t come raging back — Maples believes that the city could pull itself out of its hole by the summer.

It’s a sentiment that many business owners in Pigeon Forge share. Kenny Maples, who owns several hotels and a restaurant in the city, said that he took a “big hit,” especially at his hotels which were closed for more than 45 days. His restaurant, Buddy’s BBQ, lost about 40 percent of its revenue in March. Maples joked that these were “positive” numbers, since he was still able to pull in business through delivery apps, carryout, and the store’s drive through.

For Maples, the shutdown felt like the aftermath of the 9/11 attacks or the 2008 Great Recession: tragic national experiences that killed people’s will to travel. But what made the coronavirus pandemic different, he said, is that not only are people afraid to travel, they were not allowed to travel.

And yet, he’s optimistic. The city’s soft reopening is already bringing back business to Buddy’s. Bookings at his hotels for June and July are already ramping up. If Lee continues to reopen the state — and the virus doesn’t come raging back — Maples believes that the city could pull itself out of its hole by the summer.

Leon Downey, who runs tourism for the city, is similarly hopeful. In his 32 years of working in the tourism industry, he said, he’s never seen a wipeout quite like the coronavirus pandemic. But, he added, with the number of people already booking hotels and cabins for the summer, it’s possible that businesses that were prepared for a crisis won’t suffer so much long term.

For the businesses that did not have savings or a strategy to handle the coronavirus, though, the shutdown likely means the end, he said.

“Not everybody puts back money for rainy days, unfortunately,” he said. “Those who have are going to do well. Those who haven’t, not so much.”

And even for businesses that could weather a shutdown, fear of the virus cannot be a guiding principle forever, added Wear. Reopening Pigeon Forge safely and quickly, he said, is his best effort to keep the town from sinking.

“Not very many things are certain,” he said. “But what I do know for certain is that this shutdown is not sustainable for our community. It is just not.”