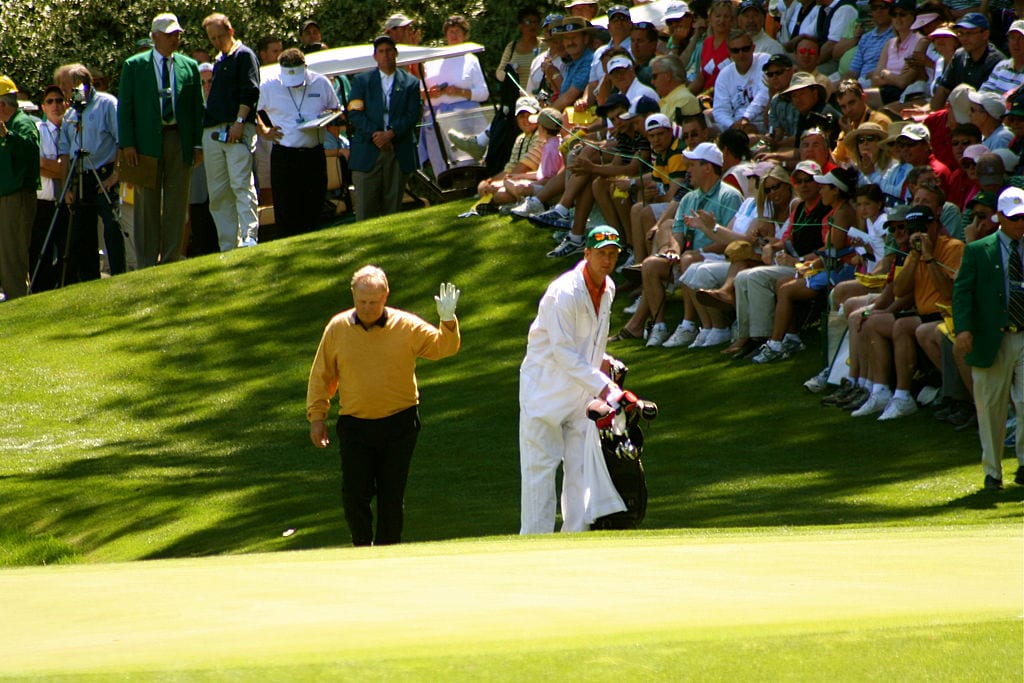 More Politics
Sign Up to receive Our Latest Updates!
Register
Hot Off
The Press
Free the Market
Gas Shortages Are Made Worse by Bad Policy
by Alex Stevens
Political Hay
Tim Scott Inspires Fear and Loathing in the Left
by J.T. Young
Daily Folios and Consecutive Sentences
The Rockets Over Tel Aviv Will Change Israel for Years to Come
by Dov Fischer
California Watch
Dems Continue Their War on Charter Schools
by Steven Greenhut
Free the Market
Uncle Sam’s Lack of Leadership on Debt Cannot Be Ignored
by Veronique de Rugy

In golf, that is.

As the PGA Tour returns to its accustomed March sojourns in Florida, its season is shaping up to be a second consecutive dance of high drama, with the most intriguing conglomeration of great plotlines in 40 years.

The Tour’s young guns are blazing, its mid-career stars at peak brightness, and its 40-something legends resurgent. Forty-seven-year-old Phil Mickelson’s playoff win in Mexico last weekend over 2017 Player of the Year Justin Thomas was as rollicking a drama as any non-major tourney you’ll ever see — and The Masters looms, one month from now, as a potential battle for, and of, the ages.

First, for those who missed the World Golf Championship event in Mexico City, a recap: Super-popular free-spirit Bubba Watson, just weeks removed from a victory in Los Angeles (after going two years without a win), began the tourney with a flourish, seven under par through just 11 holes. Just what a tourney needs: one of the tour’s most recognizable faces to begin with a rush.

When Watson slowed down, Sergio Garcia — largely in a post-Masters-victory, post-wedding fog for the past nine months — came out of hibernation to shoot to nine-under par through two rounds, behind only a charming 21-year-old Indian named Sharma who suddenly had won two European Tour events.

Round three added more big names to the mix: As Sharma held onto his lead and Garcia kept in the thick of things, Mickelson made a move with a stellar 65, and whiz-kid Thomas came out of a two-day funk with a world-beating 62 to enter contention — along with the world’s top-ranked player, Dustin Johnson.

If you have a tourney with an engaging 21-year-old newcomer, last year’s player of the year, the reigning Masters champ, the world’s top-ranked player, the tour’s most free-spirited character, and Phil the Thrill all in contention, you have a well-set stage.

By midway through the last round, it looked like a three-way battle between Mickelson, Thomas (who just kept making birdies!), and Garcia — but the latter, as is his wont, faded, while a Brit named Tyrrell Hatton grumbled his way into the mix. Mickelson alternated between a slew of birdies, heart-breaking lip-outs (probably six during the last two days), and crazy escapes from trouble (in other words, Phil was the old Phil), so the closing stretch promised another classic episode where a Phil-feast or a Phil-folly were equally likely.

All three were at 14-under when Thomas, standing 121 yards from the 18th pin, elicited roars probably loud enough to revive Quetzalcoatl by jarring his ball into the cup for an eagle. Hatton answered on the 15th with an eagle putt from ten feet, and Mickelson made a tap-in-birdie. Then, with Thomas watching on a monitor, Phil canned a 26-foot-downhill, sidehill slider — the sort only the likes of Mickelson and the early Tiger Woods ever could make — for another birdie at 16, to pull even with Thomas and Hatton.

Mickelson made two fairly routine pars to close things out and force a playoff, but Hatton hacked things up from the 18th fairway to bogey and miss out.

On the first playoff hole, the devilishly difficult par-3 17th, Thomas bounded over the green into a sketchy lie, left his chip eight feet short — and watched as Mickelson, again from about 25 feet downhill-sidehill, saw his ball roll all around the back of the cup but somehow fail to fall. Lip-out number umpteen. Par.

But for once, Thomas miss-hit a putt and, despite closing with an almost inhuman 62-64, bogeyed and came in second. Mickelson, for the first time in more than 55 months, was finally back in the winner’s circle.

So here’s where the 2017-18 wrap-around season stands so far. Three players — Thomas, Johnson, and Jordan Spieth — entered as top reigning contenders for world golf supremacy. Two others, Spain’s Jon Rahm and Japan’s Hideki Matsuyama, were knocking on the door of the same, but lacking major titles. Two others, Rory McIlroy and Jason Day, were former World Number Ones in the absolute prime of their careers. Two more, Garcia and Mickelson, were established stars for two decades (or more) who clearly aren’t ready to give up the fight. Bubba Watson, still just 39, is still Bubba Watson. And Tiger Woods, finally, finally, looked fit enough again to make a comeback.

All but McIlroy and Matsuyama — the latter of whom has an excuse, having been sidelined with an injured thumb and wrist — have stepped up to the challenge, and as usual there’s an early-season double winner new kid in the mix as well, by the name of Patton Kizzire.

Spieth , as recently as two years ago the Tour’s second best putter, somehow has managed five top-20 finishes in six starts despite a bizarre drop to 166th in putting stats. This isn’t a crisis; it’s a Nicklausian early-season lull. One putting tweak and he’ll be in the final group again on Masters Sunday.

Day has notched a win and a T-2 in two starts. Rahm also has a win and a second. Johnson has notched a win, a second, a 7th, and a 16th. Watson has a win. Mickelson has three other top-6s just since Feb. 1 to go with his Mexico victory. Thomas — who I think has the single best swing I have ever seen in nearly five decades of watching golf — continues to be otherworldly, with two wins and a second. Garcia, as noted, is back on the prowl.

And Woods, even without being able to hit a fairway, has a 23rd and a 12th, and appears utterly pain-free.

This week, at the terrific Innisbrook Copperhead course in Tampa, Spieth, Woods, McIlroy, and Garcia — the four of this Dazzling Dozen who have yet to win this season despite being uninjured — are all in the field (along with Hall of Famers Ernie Els, Jim Furyk, and Davis Love III, and fourteen others who have won majors).

A win from any of those four in the next several weeks would tee up the Masters as can’t miss TV. Throw in stellar top-tier standouts Justin Rose, Rickie Fowler, Brooks Koepka, and Patrick Reed, and not since about 1977-78 have such a mix of probable (or possible) Hall of Famers of such varied ages all been serious threats to contend in majors at the exact same time. That cohort from 40 years ago included Jack Nicklaus, Gary Player, Tom Watson, Lee Trevino, Severiano Ballesteros, Ray Floyd, Hale Irwin, Johnny Miller, Hubert Green, Ben Crenshaw, Tom Kite, Lanny Wadkins, and Gene Littler — and with Arnold Palmer still spry enough for a major top-10 finish then as well. (Near Hall-of-Famers Jay Haas, John Mahaffey, and Jerry Pate also were in that late-70s mix as major winners or contenders.)

One can easily see an Augusta shootout involving mid-career Day and Johnson, whippersnappers Spieth and Thomas, and greybeards Mickelson and Woods all trading birdies and eagles on the final nine. This is potentially epic stuff. Don’t miss it.

Quin Hillyer, a Senior Editor of The American Spectator, is the author of the satirical novel Mad Jones, Heretic, published last fall by Liberty Island Media.