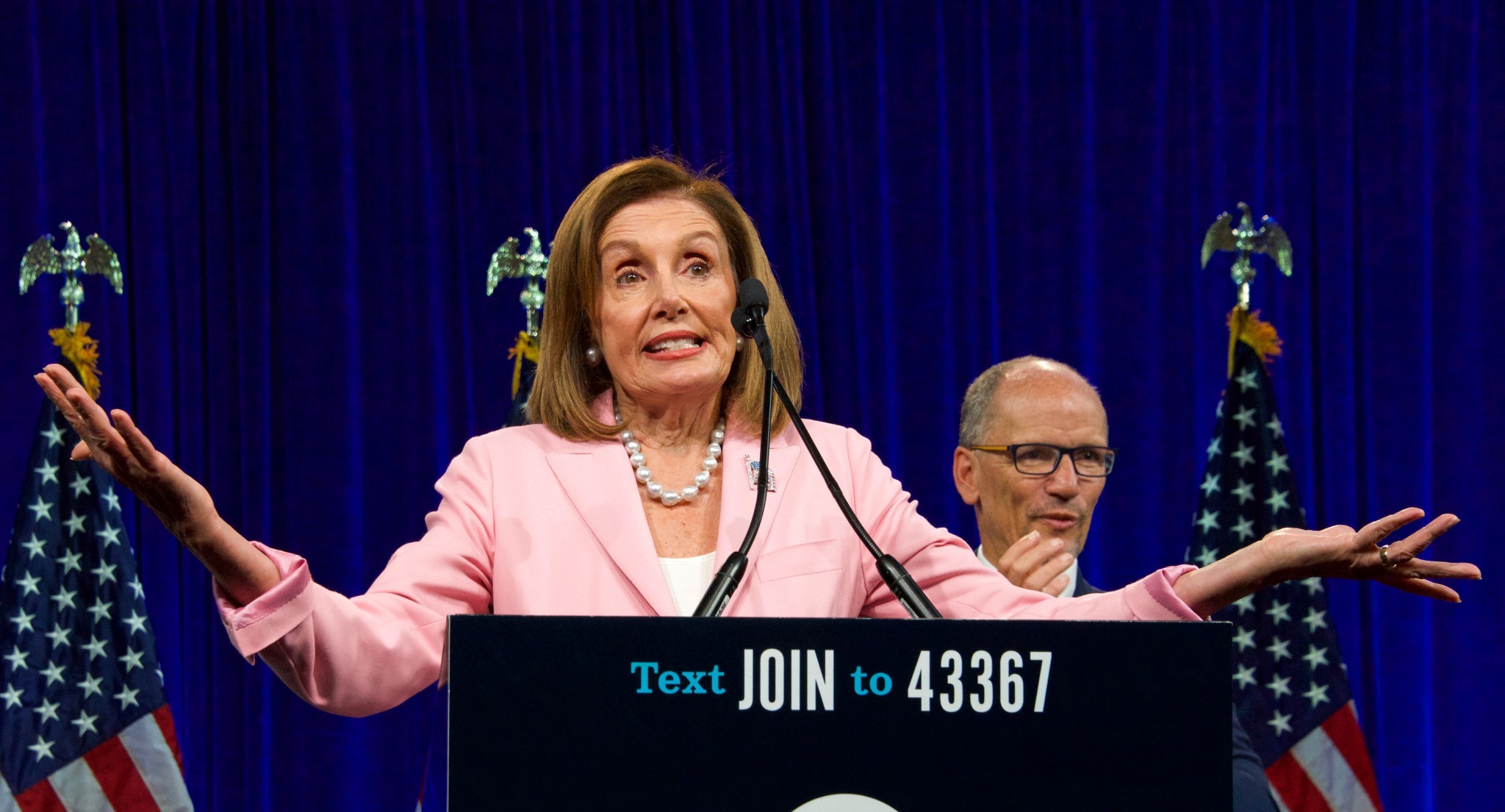 A planned trip to the independent and separate country of Taiwan by America’s least-favorite octogenarian, House Speaker Nancy Pelosi, is sparking fears that China will take retaliatory measures, such as closing the Taiwan Strait. President Joe Biden said that the United States military thinks Pelosi’s trip is “not a good idea right now” as tensions have risen between the United States and China over the status of Taiwan. China has claimed to hold full control over the strait between the two countries, contrary to contention from most of the international community.

Concerns about China’s plans for Taiwan have been complicated by Russia’s February invasion of Ukraine, as officials in both the Biden administration and Congress believe China is taking lessons from Russian failures, according to the New York Times. Democratic Sen. Chris Coons of Delaware said that, rather than planning an amphibious invasion, the Chinese government may be making plans to act more quickly to close the Taiwan Strait and cut off Taiwan from its allies.

When questioned about Biden’s concerns, Pelosi responded that it seemed to her “the military was afraid of my plane getting shot down or something like that.” She concluded, saying, “I don’t know exactly.”

Pelosi’s visit would mark the first time a U.S. Speaker of the House has been to Taiwan since Newt Gingrich made a stop at the island during a 1997 trip in the Far East. China did not take retaliatory action against the United States or Taiwan following that trip. While Biden and fellow Democrats are wary of Pelosi’s potential visit, Republicans have found themselves supporting Pelosi. Nebraska Sen. Ben Sasse said that he believed “Speaker Pelosi should go to Taiwan and President Biden should make it abundantly clear to Chairman Xi that there’s not a damn thing the Chinese Communist Party can do about it” in order to demonstrate that the United States will not exhibit “feebleness and self-deterrence” when it comes to dealing with Beijing.

The United States has faced three prior crises with China over the status of Taiwan and navigation of the Taiwan Strait. During the first two, the People’s Liberation Army shelled Taiwan’s outlying islands and made attempts to invade. The United States provided significant military assistance to Taiwan during these conflicts, equipping the Taiwanese forces and sending warships to the strait in a show of force. In particular, the secret provisioning of new AIM-9 Sidewinder air-to-air missiles helped Taiwan to turn the tide in dogfights with the communists over the strait.

Recently, however, the Biden administration has altered its policy of arming Taiwan to focus on the potential of asymmetric warfare. This has resulted in the State Department rejecting certain weapons orders by Taiwan that it has deemed unsuitable to facing a Chinese invasion. Meanwhile, Biden has publicly stated that the United States will intervene militarily in the event of a Taiwanese invasion, only to have his statements walked back by White House officials.