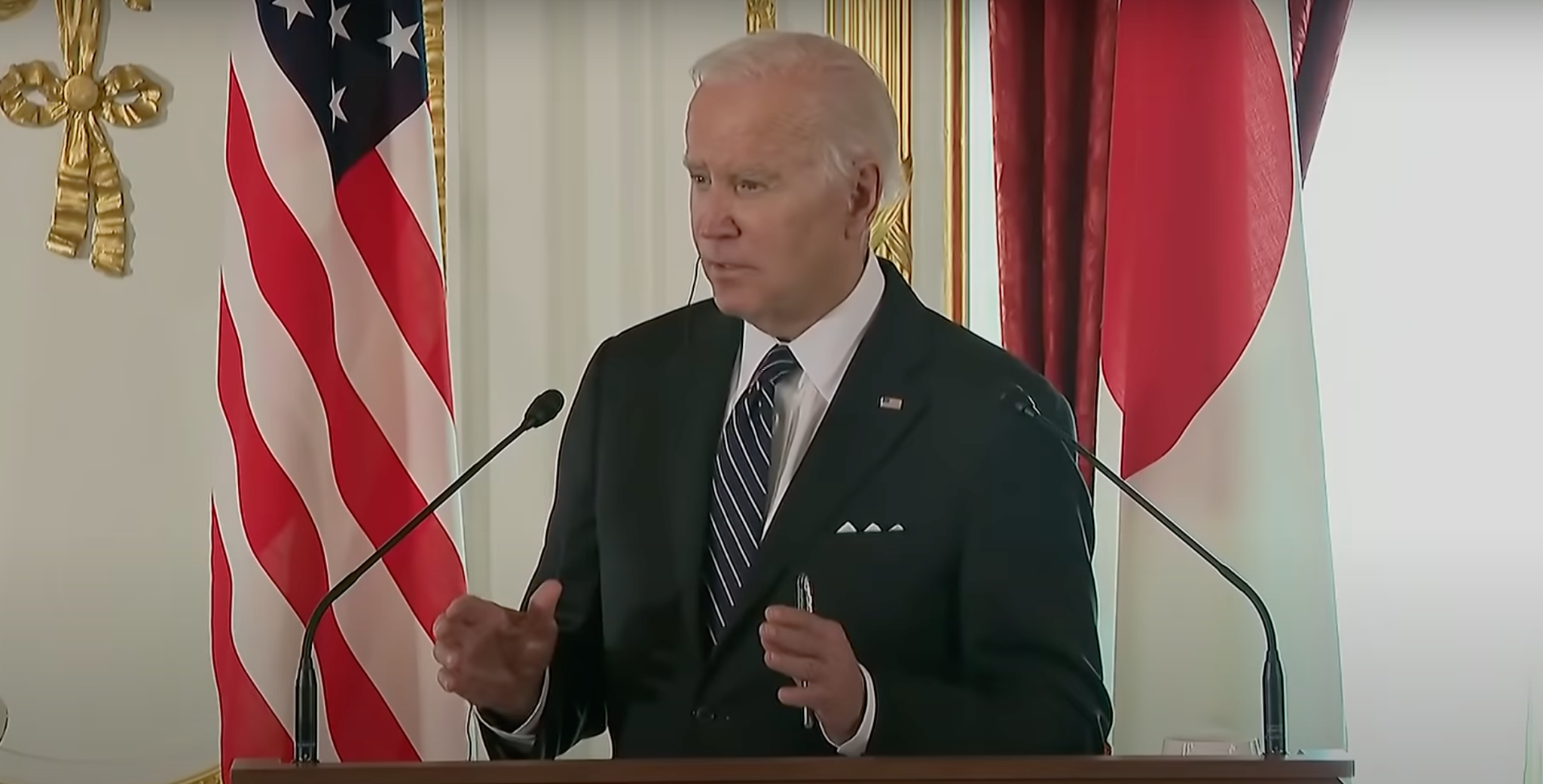 President Joe Biden, at a press conference in Tokyo to launch the new Indo-Pacific trade pact, said Monday that the United States would defend Taiwan if China attacked the island. A White House spokesperson was quick to say that this was not a shift in American policy, but it clearly was — assuming Biden meant what he said and understands the implications of what he said. Taipei reacted positively, thanking Biden for his remarks. China, meanwhile, condemned Biden’s remarks, expressing “strong dissatisfaction and resolute opposition” to U.S. defense of Taiwan’s independence.

Ironically, Biden’s Indo-Pacific trade pact excludes Taiwan, and as the saying goes, actions speak louder than words. China’s communist leaders are not fools, and they likely have taken the measure of the Biden administration and found it wanting. Biden in his remarks attempted to connect the defense of Taiwan to the Ukraine war, but the United States has not pledged to militarily defend Ukraine and likely won’t do so. What Biden or someone in his administration needs to do is to explain why the defense of Taiwan is a vital national security interest of the United States. Talking about opposing autocracy and aggression as the administration has done in Ukraine is not enough. If American military forces are going to defend Taiwan, the American people need a well-thought-out explanation of why, and then the administration needs to figure out how it plans to defend Taiwan. (READ MORE: The Taiwan Enigma)

Will U.S. military forces be stationed in Taiwan? Will the U.S. Navy’s presence in the South China Sea increase in numbers and lethality? Will the Biden administration return in a major way to the Philippines now that Ferdinand Marcos Jr. is president? Will the United States extend its nuclear guarantee to Taiwan? Will the U.S. include Taiwan in its Quad Alliance in the Indo-Pacific? Will Japan and other regional U.S. allies join in this public commitment to defend Taiwan? And will the administration enable the American people to have a say in this effort through their representatives in Congress? Actions speak louder than words.

It was Theodore Roosevelt who famously said to speak softly and carry a big stick. Biden’s remarks were not “soft,” but what about the big stick? War with China over Taiwan would require a much bigger stick than we currently have in the region. If Biden’s remarks are a bluff, what happens if and when China calls that bluff? The policy of strategic ambiguity that has guided our policy toward Taiwan since the early 1970s needed to change, but Biden has perhaps put the cart before the horse. That can lead to miscalculation and war — a war that under current circumstances, the United States will not likely win; and a war, as a recent article in Foreign Affairs warns, that could go nuclear with unimaginable consequences.

What is needed today in Washington is a steady and resolute hand guiding the ship. The Chinese Communist Party will only be deterred from attacking Taiwan if it thinks it will lose a war with the United States and lose power in China. Our actions, not our words, need to convey that message.