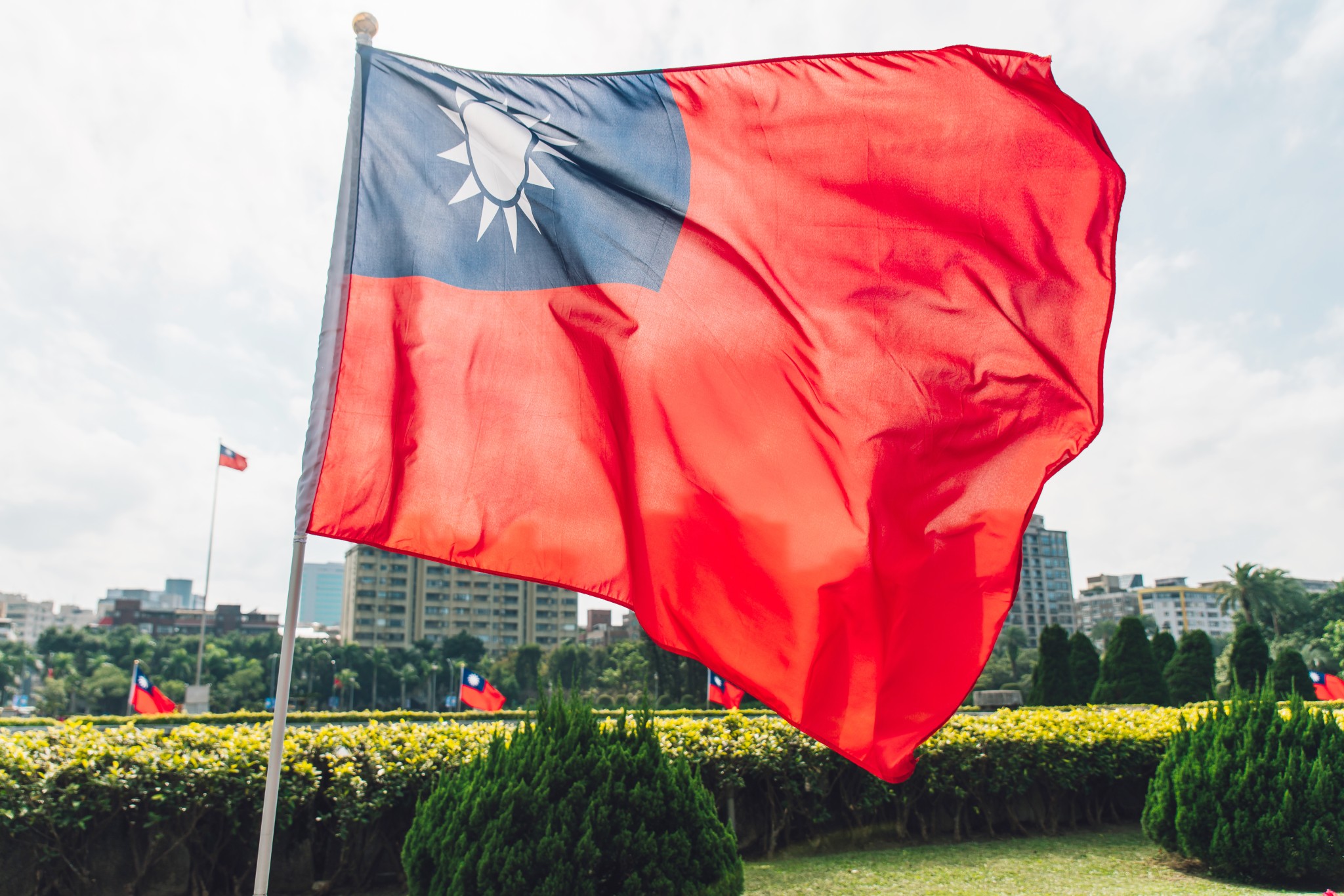 Is Taiwan worth fighting for? That is the question.

Last Tuesday, President Tsai Ying-wen and Foreign Minister Joseph Wu of Taiwan expressed concern that China may start a war to take over Taiwan. They voiced fear of an invasion to unify Taiwan with Mainland China. Starting on October 2, the Chinese Air Force, also known as the Chinese People’s Liberation Army Air Force, said to be the third largest in the world, flew nearly 150 sorties of combat aircraft near southwest Taiwan. These continuing intimidation tactics included the J-16 and Sukhoi-30 fighters, H-6 bombers, and the Y-8 anti-submarine aircraft, among others.

China’s belligerence toward Taiwan is nothing new. Recently Gen. Mark J. Milley, chairman of the Joint Chiefs of Staff, testified before Congress that China could invade Taiwan by 2027, an acceleration of Chinese President Xi Jinping’s earlier 2035 readiness target.

First, the historical and emotional issue of Taiwan must be addressed.  Formerly named Formosa, it was the sanctuary to which Chiang Kai-shek of the Kuomintang, subordinate of Sun Yat-sen, fled in 1949. Chiang was head of the elite Whampoa Military Academy and the allies’ prominent leader, along with Mao Zedong, against the Japanese occupation. After a bitter and bloody civil war with Mao’s forces, Chaing was forced to leave the mainland. Taiwan has been a constant U.S. ally for decades, recognizing that its principal value to the U.S. is its commitment to regional security and its underwriting of the rule of law, particularly that governing trade and investment. To America, Taiwan looks like the fierce underdog, a nation of 24 million facing off against a bellicose economic and military colossus, bristling with armaments across the Taiwan Strait, only 100 miles away.

To the Chinese Politburo, however, Taiwan is seen as a renegade province of China that must be brought to heel.

China’s increasing belligerence is a threat to not only Taiwan and the United States, but to much of the Asian region. The danger of a miscalculation or error is severe. China’s border conflicts with in India in Ladakh and the Doklam region near the Indian state of Sikkim in recent years have caused New Delhi to focus on improved integration of the Indian armed forces, in order to achieve interoperability with the U.S. and other partners of the Quadrilateral Security Dialogue or “QUAD” as it is known — Australia, India and Japan.

Chinese relations with Australia have deteriorated with Australia’s banning of Huawei from developing 5G networks several years ago. Further, Australia has charged “economic coercion” on the part of China, and it has called for an independent investigation of the origins of COVID-19, which may have originated at the Wuhan Institute of Virology, a theory that has recently gained increasing visibility. Chinese media, which are state controlled, have responded that Australia was “gum stuck to the bottom of China’s shoe.” China retaliated and of late, both countries have imposed tariffs on each other’s products.

China’s militarization of artificial islands in the South China Sea is well known, as is its claim to 11 billion barrels of oil and 190 trillion cubic feet of natural gas in the region.  This claim is contested by the Philippines, Malaysia, Vietnam, Taiwan, and Brunei. China’s brutal suppression of Hong Kong, and the detainment of its Uighur Muslim minority, which the Trump administration denounced as “genocide,” are further evidence of a menacing Leviathan.

But a Chinese assault on Taiwan does not seem imminent.  If it were, U.S. satellites would detect massive mobilization of its airborne and naval assets and missile systems. The intent of this show of force may well be for domestic consumption — to distract from China’s financial and energy crises. This has been recently pointed out in the Asia Times.

The Chinese economy rests on a gargantuan pile of debt: the Evergrande Group, China’s largest real estate firm, has over $300 billion of indebtedness. When it defaulted on interest payments in late September, the Dow fell 700 points, with fear over the emergence of another Lehman Brothers. Total Chinese non-performing loans were reported at over $540 billion at the end of June — although data from China is generally met with skepticism. A 2020 year-end figure for the U.S., a 43 percent larger economy, was $110 billion, however accounting conventions may vary from country to country.

Compounding this real estate disaster is an energy shortage in China, which is a 70 percent coal-fired economy. Coal power plants do not currently have incentive to produce enough electricity, because of a rise in coal prices without regulatory relief to raise the price of electricity. Accordingly, much of China is experiencing the rationing of electricity, disrupting businesses and the lives of people.

The American public is not prepared for the consequences of a conventional war with China, which has anti-ship weapons and other armaments that are part of an overall strategy known as anti-access/area denial. Losses could be shocking should the Chinese succeed in destroying U.S. aircraft carriers in the first few minutes of a conflict. China’s losses would be substantial too, but to the Politburo, it could be a risk worth taking — and how can we know what their calculus is?

Alternatively, it is well known that China could humiliate and subdue Taiwan without risking its air force and naval assets through a massive cyber attack that cripples its telecommunications, energy, transport, medical, manufacturing, banking, and military assets. A cyber assault of this magnitude would likely lead to a change in the Taiwanese government, with a successor beholden to Beijing. It would also demonstrate to the rest of the world China’s ruthlessness, and such image would not serve China’s global objective to dominate through trade and investment, with Beijing as the command and control center.

So the enigma for Washington is whether Taiwan, a 20th-century political creation, is worth fighting for. A military takeover of Taiwan would mean that totalitarianism has bested the rule of law. It would be read that autocracy has defeated democracy, and that the U.S. is a perfidious and weak ally that has already lost two wars in the Muslim world. It would also guarantee that some other countries in Asia would declare subservience to Beijing out of fear. And escalation to a nuclear exchange is possible in desperate circumstances. With 5,800 nuclear weapons, the U.S. has substantially more than China’s estimated 350, but all it takes is one in one American city.

It is hard to believe that the American public has much interest in militarily defending Taiwan.  Already exhausted by two unsuccessful wars in Afghanistan and Iraq, concern for Taiwan, located one hundred miles from the Chinese mainland, just isn’t there.

Thus far, the U.S. strategy of dealing with China is to compete vigorously in trade and investment; to use soft power to offset China’s Belt and Road Initiative, which compels countries to incur too much debt; to participate in regional alliances such as the QUAD and Exercise Malabar, a naval collaboration among the U.S., Japan, and India; to use our relationship with India for logistics support and the sharing of encryption platforms; to apply diplomatic pressure for human rights; to maintain the policy of strategic ambiguity; and to avoid war.

Against this tapestry of objectives is the hope that an aging population and the one-child policy imposed in the 1970s will cause China to redeploy resources domestically, and that technology-savvy youthful populations, increasingly better educated and outward looking, will be pro-western, recognizing the imitations of the Chinese political economy and a belligerent foreign policy.  Unfortunately, hope is not a good insurance policy.