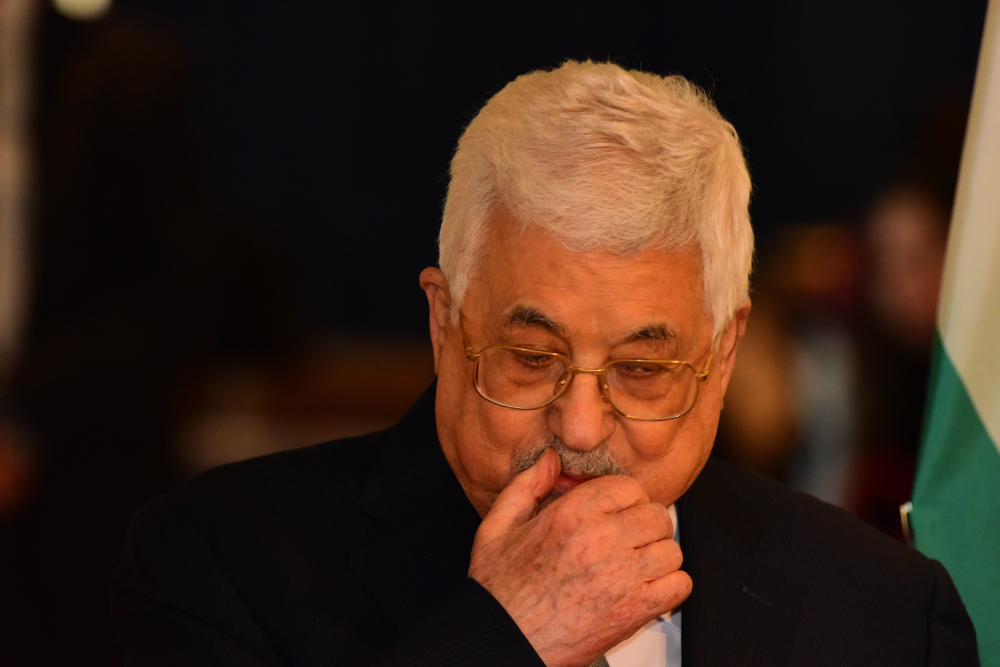 Concerning Palestinian Authority (PA) elections set to begin on May 22, George Washington University political science professor Nathan Brown wants “not to sound Pollyannaish” over “developments that will be not entirely unhealthy for the Palestinian political system.” This was perhaps the high point of enthusiasm in the depressing Middle East Institute (MEI) April 8 webinar “Palestinian Elections: Facilitating Change or Masking Decay?,” in which reality pointed toward the latter. Their frank discussion drove home the abject failure of Palestinian politicians and their Western supporters to create a stable, workable political system in the West Bank and Gaza.

MEI Senior Fellow, Georgetown University Center for Contemporary Arab Studies adjunct professor, and webinar moderator Khaled Elgindy lent the webinar an ominous tone with his comments on Marwan Barghouti. This Fatah terrorist mastermind, currently jailed in Israel for five murders, “is probably the most popular Palestinian political figure on the scene, which is interesting, given that he is in Israel jail and serving five life sentences,” Elgindy said. By entering the parliamentary elections against PA President Mahmoud Abbas’s Fatah faction, Barghouti “is determined to challenge these elections” as an Abbas attempt to solidify power, which for him “basically calls into question this entire operation,” Elgindy said.

Palestinian terrorism continually surfaced in Elgindy’s remarks, however much he tried to downplay the danger. Israeli authorities have warned Abbas “against allowing Hamas and certain other political factions that it deems to be terrorists from taking part in these elections,” Elgindy noted (emphasis added). Former Al Jazeera journalist Dalia Hatuqa observed that Hamas’s widespread popularity means that “Israeli officials are far from enthusiastic about the prospect of elections.” Although unlikely, she continued, “Another Fatah defeat could once again unleash post-electoral instability like it did in 2006, potentially leading to a scenario in which Hamas takes over the West Bank.”

Bursting any illusions, Hatuqa noted that these elections are not “about getting the Palestinian political scene closer to democratic renewal.” Anti-Israel Palestinian activist Fadi Quran, participating from the West Bank, concurred. Possible PA elections have unleashed “excitement within a broad section of Palestinian society, because things have been so calcified,” but new parties will hardly challenge Abbas’s Fatah, the PA’s dominant faction, and Hamas, Quran said. Among other disadvantages, given a mere month of campaigning in Palestinian Legislative Council (PLC) elections, they will likely produce a “power-sharing agreement between Fatah and Hamas.” Elgindy confirmed that polls placed Fatah and Hamas at equal strength, with other parties attracting little support.

Even a new PLC “won’t mean significant political change” as Abbas controls the judiciary, executive, and security forces, Quran noted. Abbas, who has ruled dictatorially since the PA’s only elections in 2006, simply wants an “illusion of legitimacy” and “certain political gains for himself and his kind of cronies,” he said. Meanwhile Hamas terrorists seek international recognition by joining the PA.

Hatuqa likewise dismissed the PA’s “carefully choreographed dance.” Abbas, she said, simply wants “to get in the good graces of Joe Biden’s new administration, all while showing the PA’s Western donors and international community that it is committed to democratic norms.” Yet the “elections will not be clean, they will not be fair,” Brown agreed.

There are “only short-term and tactical reasons for various sides going ahead with” elections, Brown conceded, yet the elections “can bring some vitality into the national movement” of Palestinians. “One of the biggest crises for the Palestinian national movement is essentially an institutional one. There are no credible institutions to essentially manage their affairs or to represent them internationally,” he continued. Abbas has been ruling by decree since Hamas’s 2007 takeover in the Gaza Strip separated this territory from the PA in the West Bank.

In the new PLC, “major players in Palestinian political life will have to deal with each other and will have an institutional framework,” Brown argued. As PLC members are automatically members of the Palestinian National Council (PNC), Hamas jihadists will also enter the PNC. He discussed this without acknowledging the obvious dangers of giving terrorists even more political power. The PLC will also have to elect a speaker, an action with important consequences for the succession of an aging Abbas. On the other hand, his 14 years of decrees will require review by the PLC, which “could produce paralysis” in a split PLC.

Elgindy asked whether elections will “heal this division” between Hamas and Fatah. “Heal is a strong word; no, they won’t,” Brown responded. While “some minimal level of coordination was necessary for these to go forward,” Brown said, the division between Hamas-ruled Gaza and the PA’s West Bank will not disappear. But Brown said the elections will “give specific actors a structure in which to hammer out some of these differences, a limited structure, a problematical structure, but again, it’s more than no structure at all.”

Limited international enthusiasm for the PA elections is clear given such underwhelming benefits. The international community has responded with “whatever,” with “vague support,” Brown noted. By contrast, the PA’s initial elections in 2006 were “incredibly internationalized,” with monitoring and political support.

Elgindy asked whether the elections could revive a peace process with Israel, but, unsurprisingly given that Fatah and Hamas both support terrorism and Israel’s destruction, Brown dashed such hopes. “There is only one ingredient missing, and that’s a time machine” to go back 15 years when many globally hoped that elections would create a PA interested in peace with Israel, he said. “There is no peace process,” he noted, and suggested younger Palestinians would say, “Peace process, oh yeah, my parents told me about that.”

Reflecting upon current Palestinian leadership, many Palestinians feel that “this generation has failed,” Brown observed, and his own analysis indicates that new PA elections will hardly bring any improvement. Palestinians like Quran, a supporter of Boycott, Divestment, and Sanctions (BDS) against Israel, to say nothing of Hamas and Fatah, have shown no ability to create a stable Palestinian state that could live alongside Israel in peace. Intentionally or not, Brown and his Middle East studies colleagues revealed that new structures cannot alter a fundamentally decrepit Palestinian “national movement.”

Andrew E. Harrod is a Campus Watch Fellow, freelance researcher, and writer who holds a Ph.D. from the Fletcher School of Law and Diplomacy at Tufts University and a J.D. from George Washington University Law School. He is a fellow with the Lawfare Project. Follow him on Twitter at @AEHarrod.