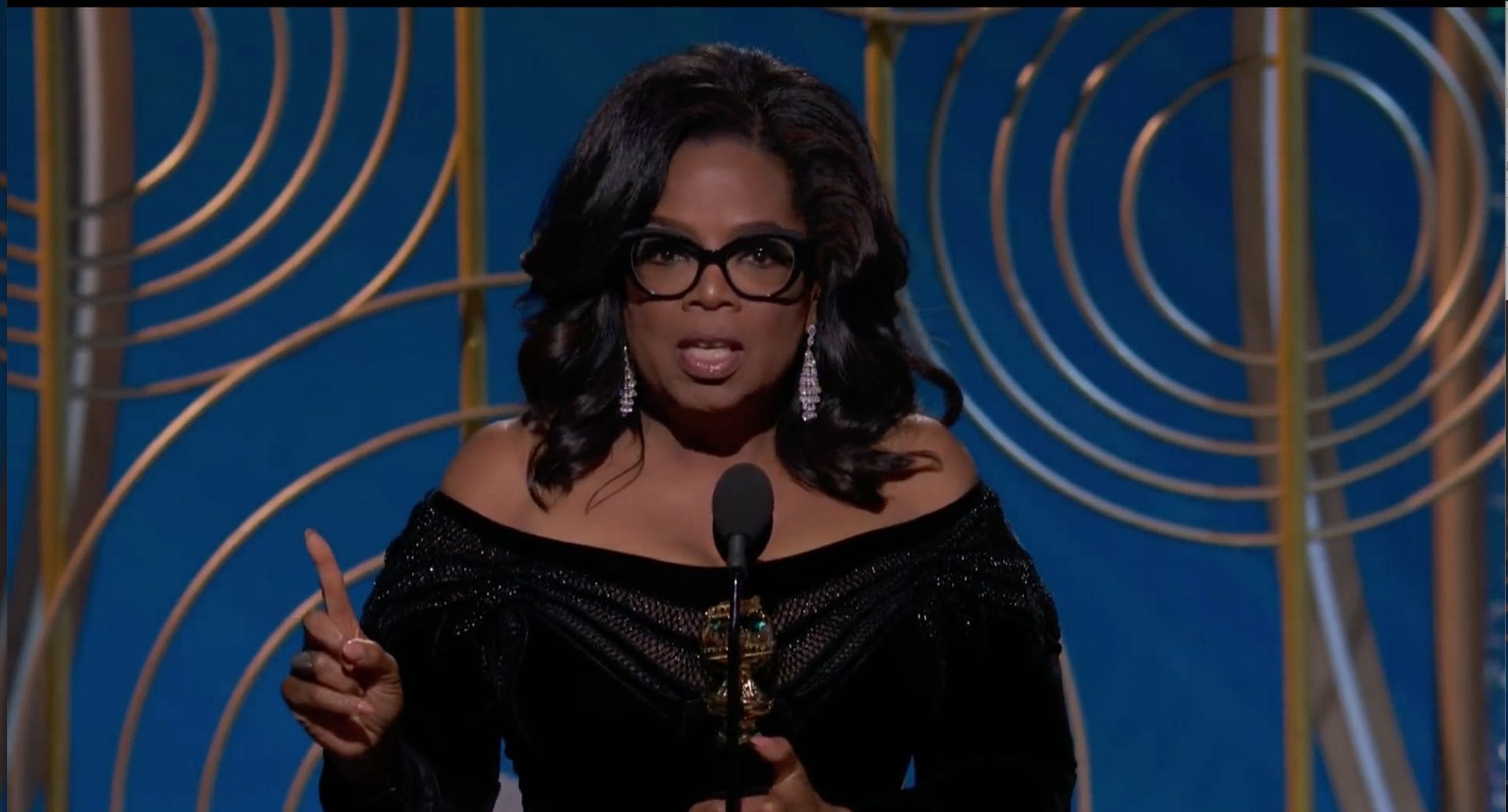 Despite liberals’ hyperventilation at the Golden Globe awards, Oprah would be Trump’s dream opponent. Although liberals comprise almost 100% of Hollywood, they were just a quarter of 2016 presidential voters. Drafting one to lead their ticket would just exacerbate Democrats’ leftward lean problem, while blunting their primary attack points against an incumbent president who will be harder to beat than many may think.

For those who missed the spectacle of Hollywood giving itself awards, Oprah Winfrey was in showbiz argot: Boffo. She stole the show, and liberals’ hearts in the process. Although Oprah received a lifetime achievement award, the award they would like to give her is no less than the White House in 2020.

Apparently the lesson liberals learned from 2016 is that anyone can win the presidency, so long as he or she is a big enough celebrity. In their mind, what Democrats need is their own of at least equal throw-weight to Donald Trump.

An interesting theory, it entirely comports with the left’s low opinion of America’s public. It is also one that should leave Democratic strategists quaking in their boots.

The first is that this is probably Oprah’s high-water mark — and it’s not that high. Forty-eight percent is still below half the vote. Remember: 48% was Clinton’s popular vote percentage in 2016 — and she still lost handily in the electoral vote.

The reason why Republicans will be likely to go back to Trump, is that Oprah would have to go left to win the Democratic nomination — and likely further left than Clinton did. Hillary had institutional advantages — Super Delegates, favorable rules, and more, all accumulated over a quarter of a century at the highest levels — that served as a bulwark against the Democratic Party’s increasingly leftward pull.

Even with these advantages, Clinton had to really fight for the nomination. Without them, it is highly likely should would have failed. Sanders ran at a 40%+ rate throughout the primaries and Hillary had to move left more than desired. This leftward veer helped cost her the presidency.

Oprah would lack Hillary’s advantages to withstand a leftward pull promising to be even stronger in 2020. However, Democrats’ problems would not end there.

Democrats’ strategy has been to frame Trump as too extreme and inexperienced to be president. Oprah would negate both.

As Oprah was pulled left to outflank the strong intra-party, she would de facto put Trump more into the center. With that change in Trump’s position relative to the Democratic nominee, gone would be their too extreme argument.

An Oprah nomination would also block Democrats’ experience argument. It could be argued Oprah’s experience equaled that of candidate Trump in 2016; it would not match President Trump’s in 2020.

Further likely boosting Trump is the economy. Of those four presidents losing election, each had annual negative real GDP growth within a year of his defeat. Although three years away, the economy is strong now and likely only gets stronger following 2017’s tax cut.

Nominating Oprah Winfrey for president would enthrall liberals but eviscerate Democrats. It would yield a candidate who has may have already peaked (at not too high a level) and eliminate Democrats’ “two E” strategy against Trump: Extreme and experience.

If Trump were choosing, he could not pick a better opponent than Oprah. Conversely, liberals should be careful what they wish for: What looks enticing at January 2017’s Golden Globes, would look far less so on November 2020’s presidential ballot.