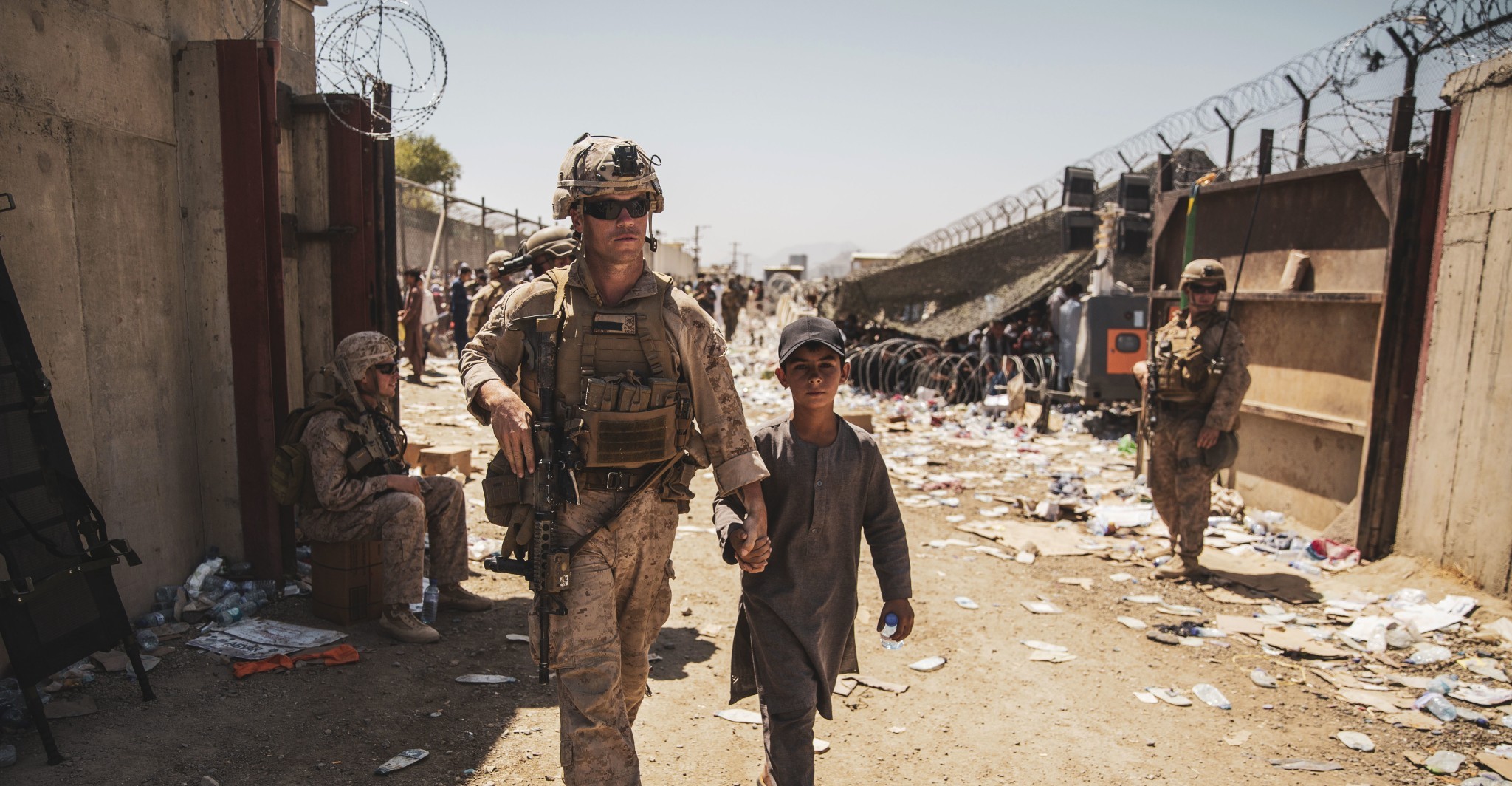 On July 31, an American drone delivered a precision strike of two Hellfire missiles into Kabul, Afghanistan, killing al-Qaida leader Ayman al-Zawahiri. It was a historic moment in the U.S. campaign against the group responsible for the 9/11 terror attacks. That al-Zawahiri’s killing, perhaps not coincidentally, took place so close to the one-year anniversary of the American withdrawal from the country in which he was taking refuge also served as a timely reminder of the fact that 13 American service members were killed in the poorly handled and oddly hasty evacuation of 2021 and that Afghanistan fell so very rapidly after 20 years of American investment and thousands of lives lost. More than this, it was an occasion to reflect on the terrible postwar fate that has befallen ordinary Afghan civilians, especially women, girls, and those who served with and provided material aid to the allied forces. Above all, it exposed the absurdity of the American government signing an agreement for withdrawal that took at face value the Taliban’s promise to not shelter terrorist actors, among whom al-Zawahiri was one of the world’s most prominent (if not most influential).

So, what are Americans to make of the jarring juxtaposition of these events — the death of al-Zawahiri and the one-year anniversary of the rushed and bungled end to the longest war in the nation’s history? For 20 years, Americans in uniform provided, as they always do and always will, repeated tactical and operational victories on the ground, making great sacrifices and showing great bravery in so doing. But ultimately, these victories bore no strategic fruit, brought no satisfactory political resolution. Institutionally, the American military was hobbled by its persistent combination of long-view careerism at the top and short-term deployments at the bottom, ensuring both a flawed leadership vision in Washington and cyclical, repetitive (rather than linear) efforts on the ground. Moreover, it was an effort that was emblematic of the central tension of the American national-security apparatus, one that has persisted since the end of World War II: the inability or unwillingness of the political bureaucracy to which the military answers to develop or adhere to the type of strategic vision necessary to capitalize upon tactical success.

In the end, even if one thinks that the invasion of Afghanistan itself was ill-advised, or that any number of off-ramps could or should have been taken in the past two decades in order to avoid getting to this point, the U.S. certainly had better alternatives than to withdraw in the manner in which it did in 2021. Among these was the Korea option: hold the line. In Afghanistan, of course, this would have looked quite different than a demilitarized zone at a fixed latitude; rather, it probably would have involved some outposts, like Bagram Air Base, outfitted with drones, support contractors, and rapid-response forces supporting Afghan soldiers as well as a secure and robust diplomatic presence in Kabul, in which Americans would be relatively safe but entirely capable of supporting development programs and checking Taliban advances as needed. American political leadership, of course, chose the worst of all options: make a domestic political commitment, subsequently offered at an international negotiating table in Doha, to remove all forces by a certain date without sufficient preconditions met by the adversary. This ceded the upper hand to an unscrupulous Taliban that then knew, just as Afghan soldiers, government officials, and civilians knew, that it was only a matter of time before all foreign assistance and protection would be removed.

To make matters worse, American military leaders then categorized the withdrawal, which any reasonable person would describe as an embarrassing failure, as a success. One of those leaders, Chairman of the Joint Chiefs of Staff Gen. Mark Milley, sitting in front of a congressional committee two months before the withdrawal, had asked for extra speaking time to state that he really wanted to understand “white rage.” That is, in the immediate run-up to the spectacular debacle that ended a 20-year war — a conclusion that ceded hard-won territory and the lives of innocents and friends back to one of the very worst regimes on earth, one that damned a generation of girls to lives from past centuries, one that needlessly resulted in the deaths of 13 American service members — Americans were treated to the country’s top military officer’s using his time before Congress not to warn about the deeply problematic military plan that was on the eve of unfolding but to make clear that he was personally very interested in contrived progressive in-speak concepts that had nothing to do with his job.

Six months after the Afghanistan withdrawal, Russia invaded Ukraine. Earlier this summer, the U.S. military reported recruiting shortfalls across most branches. At the beginning of August, China spent five days conducting one of the largest military exercises in its history in the waters and skies around Taiwan.

American service members’ combat efficiency, advanced weaponry, and bravery can take the U.S. very far, but their leaders — military and political — ultimately must translate that progress into lasting success. America’s senior military leadership indeed has to answer for its privileging of political considerations over strategic ones, but ultimately it is civilian officeholders that are responsible for the ends sought in our country’s engagement with the world. Those officeholders are chosen and ultimately held accountable by citizen voters; we all own a piece of America’s failures, and we all hold responsibility for making sure they don’t happen again.

Kevin Duffy served on active duty in the United States Coast Guard for 21 years, retiring at the rank of commander in 2022.