by Melissa Mackenzie
The Bigland/Shutterstock 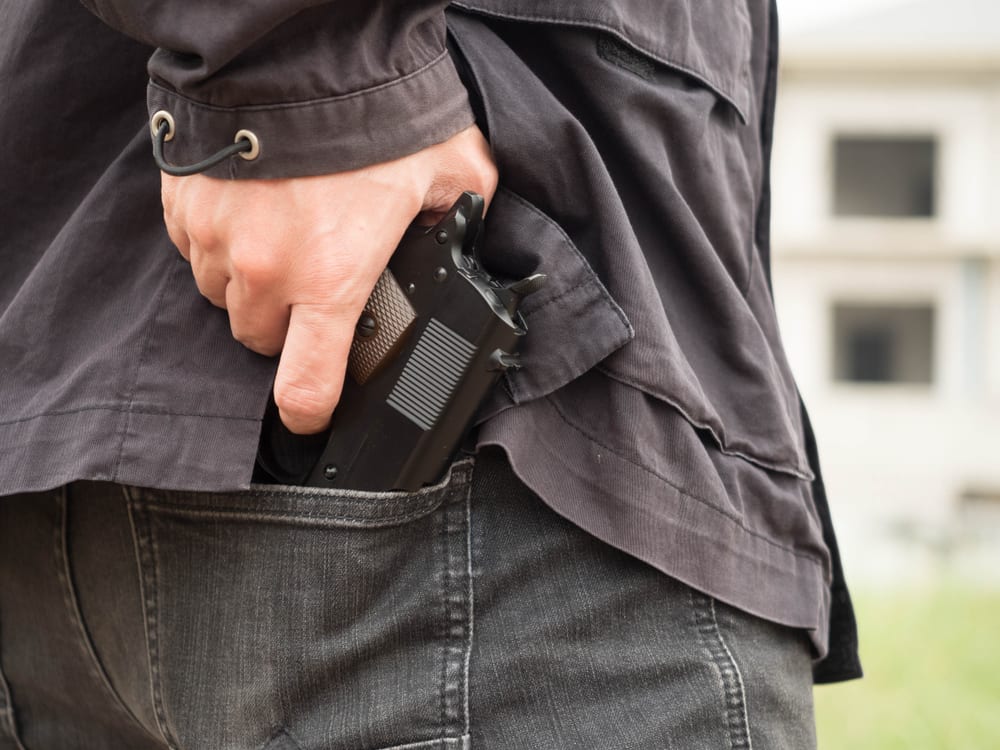 While the wicked witches of the western media fly around in the murderous whirlwind of their own creation, taking time to slow down and consider who gets blown away in the madness might be useful. Everyone is susceptible. Americans can run for the root cellar, seeking sanctuary, but the crazy is out there. Some, who are unwise, do not seek shelter or maybe don’t have one, and get caught up. Or worse, they use the destruction as cover for their own evil.

Twitter, the mainstream media, Reddit forums, 8-Chan, the news updates on everyone’s phones — that’s one destructive funnel. Most people have some place of safety. They have their family or their jobs or their religious faith or even their softball team to ground them and give their lives meaning. They can look at the news, but the reality they see at the grocery store or in the kindness of a stranger holding a door reminds them that the storm outside isn’t all that exists and might not even be real.

There are those who are more fragile. They have two realities: their isolation and the storm outside. They have no place to find connection, so find connection in wrong places. They are scared and too often alone. Their security comes in the form of absolutes. Their rigidness becomes brittle and fragile, and in some, it breaks. Sometimes inwardly. Sometimes outwardly.

It’s my belief after having raised both boys and girls that girls have a broader emotional language, seemingly inborn. They understand psychological nuances as small children and have a broader path to healthy adulthood. Maybe it’s the strengthening of the two X chromosomes. Maybe it’s hormonal. Whatever it is, girls might be deprived of some emotional support in their early years but have the resources to survive, if not thrive. And if girls do fail, they often fall inward and succumb to depression and self-loathing. Certainly, that’s not healthy. In the aggregate, the social consequences take a different, broader form.

Boys, on the other hand, have narrower emotional bandwidth. Parents have less leeway with them. They must make fewer mistakes raising a boy. Some particular boys are especially fragile. They mature late physically or psychologically or emotionally. Heaven forbid they are late in every aspect with intellectual deficits to boot. A boy with multiple delays can be forever cut off from his peers. He will eventually try to make his way on his own, floundering. These boys can be exasperating for parents and teachers. Willful, resistant, stubbornly stupid, sometimes violent, some boys can seem like toddlers in overgrown bodies. And, in fact, hormonally and emotionally, many are just that. It is during this delicate time that catastrophes can happen.

Maybe the boy’s parents are divorced and his parents are too lost in their own turmoil to notice their son is spinning out of control. Maybe the boy’s dad leaves. Maybe the boy is raised by grandparents who are too tired and overwhelmed to adequately handle a challenging child. Maybe the boy makes it to high school graduation with the support of family, but falls into a never-ending twilight of immature stagnation. He is technically an adult, after all, and if he quits college, or barely exists at a job, and then goes back to his tiny apartment alone, refusing help, what is anyone to do?

This young man can marinate in drugs or video games or online forums or fall into a gang or all of the above. He can see the injustices of the world and project his life experiences onto all of it. His miserable existence is just one more data point in a society that has gone stark raving mad. He cannot meet a woman. He has no skills. And anyway, women are bitches. He cannot make friends, not real ones. And who needs people in “meat space” when people who really understand send messages just like he does on a forum filled by people who are even more messed up than him? It transiently feels good to know that weirder people  exist. It’s comforting to know that people see the world as it is. It’s reassuring to be one of the few who knows the truth.

Every insane idea gets reinforced. It doesn’t matter the idea, just that it is strongly held and utterly committed to. A couple themes animate everything: There is a storm and a boogeyman, they are unfairly destroying everything, the young man can either be swept away or he can fight. Since the storm is out there, the solution is also out there. Since the storm is destructive, the solution is also destructive. The young man cannot entertain that he might be the problem or that the solution to his woes is internal. That would be too difficult to admit. It’s someone else’s fault. It has to be. He draws strength from his rage. If he’s lucky he has an online, or real-life, posse who feels the rage, too.

If the young man has no one who can intervene, it can be a disaster. Maybe he gives up and commits suicide. Maybe he finds strength in an ideology that has power over the storm — like Satan. A disturbing number of these young men find solace in Satanism and recognize that they are so lost they’re going to hell anyway. Why not kill everyone if the end result is determined?

The fatalism and self-loathing nihilism justifies everything.

Not one of the mass murderers has surprised the people who know them. Many haven’t surprised the FBI. School friends nod knowingly.

Fragile guys like this have always existed. Some have even acted out. There are more ways today, though, to be convinced that the world is a dark, stormy, awful place. The reinforcement is constant. And if a young man doesn’t have enough reality to counterbalance the pernicious ideas swirling everywhere online, on TV, on his phone, he can be convinced that his sorry state is permanent; that he is helpless to do anything about it. Without hope, every evil can seem reasonable.

Loving bonds, responsibility to others, noble missions, respectful friendships, challenging work, productive passions, and demands for service can give young men meaning. They are ripe for self-sacrifice and heroism. All that is good in a man can be disastrous wrongly applied. Like an ungrounded wire, he can harm everything he touches. This same young man with his energies channeled can become a productive member of society — maybe even a great man. Maybe even a hero.

Gang members, Antifa, and mass-murdering young men have much in common. Too many end up dead, in jail, or, worse, murderers.

The problem is apparent enough. What is the solution? That’s the topic for tomorrow. We need strong, emotionally healthy men. The making of healthy, strong men means that the parents, teachers, and authority figures in their lives must be healthy and strong and one step ahead of them. It’s not easy, but it is possible.