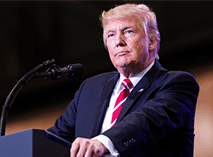 Here is why peace between the Arabs and the Israelis is not going to happen: After two Israeli policemen were killed by three Arab terrorists at the entrance to the Temple Mount, holy to both Jews and Muslims, the Arab world protested Israel’s temporary closing of the holy site to restore security.

The terrorists, shot dead at the scene, will be celebrated by Palestinian Arabs as martyrs, even though the murders violated the sanctity of a Muslim holy place.

When Israel installed metal detectors to heighten security at the site prior to its reopening, Arab outrage was unrelenting.

Although Abdullah condemned the violence in an earlier statement on the official Jordanian news site, it was summarily withdrawn. The Waqf will never condemn the violence and is boycotting the holy site until Israel removes the metal detectors, which enhance security for all worshippers, Muslim and Jewish alike.

The Waqf and the Palestinian Authority are calling for Muslims to rage in protest against the security measures, and this of course will lead to more violence and more needless deaths on both sides.

The Waqf calls the security measures a violation of the status quo. For the Waqf and the rest of the outraged Muslim world, the murders of Israeli policemen are business as usual, and are justified because once a place is conquered by Muslims, it is theirs forever. Murders are not a violation; security measures are. This is the mind of the Islamic Waqf. It is the same mindset that Osama bin Laden manifested when he called for the return of Andalusia (Muslim Spain).

For centuries, the words, “Next year in Jerusalem” have been integral to the Jewish prayer service. There is no such expression in Islam. Indeed, Jerusalem isn’t even mentioned in the Quran. Nonetheless, the Muslims, through their influence on UNESCO, have ripped the Jewish and Christian association with Jerusalem from the pages of both the Bible and Western Civilization.

Two states living side by side in peace and security would require those who speak in the name of Islam to acknowledge that Judaism’s and Christianity’s connection to Jerusalem is rooted in every tree and embedded in every stone in the city and that the Jewish State is there to stay.

No vote at the UN or revision of history to serve current political ideology will change that. In a peaceful world, in the multicultural world the Left desires, everyone should be able to go to the Temple Mount and pray. If Israel had kept control of the Temple Mount, that is precisely what would have happened.

When the Waqf invites non-Muslims to pray on the Temple Mount, when all humanity is accepted as being of one family, peace will be possible. But as long as there is a call for rage and violence, as long as Islamic supremacism is the first concern of Muslim leadership, there will simply be another chapter of bloodletting. And another generation of Palestinians will be sacrificed for a culture whose ken is limited to honor and shame.

The fight for the Temple Mount is a microcosm of the future of Palestinians and Israelis.