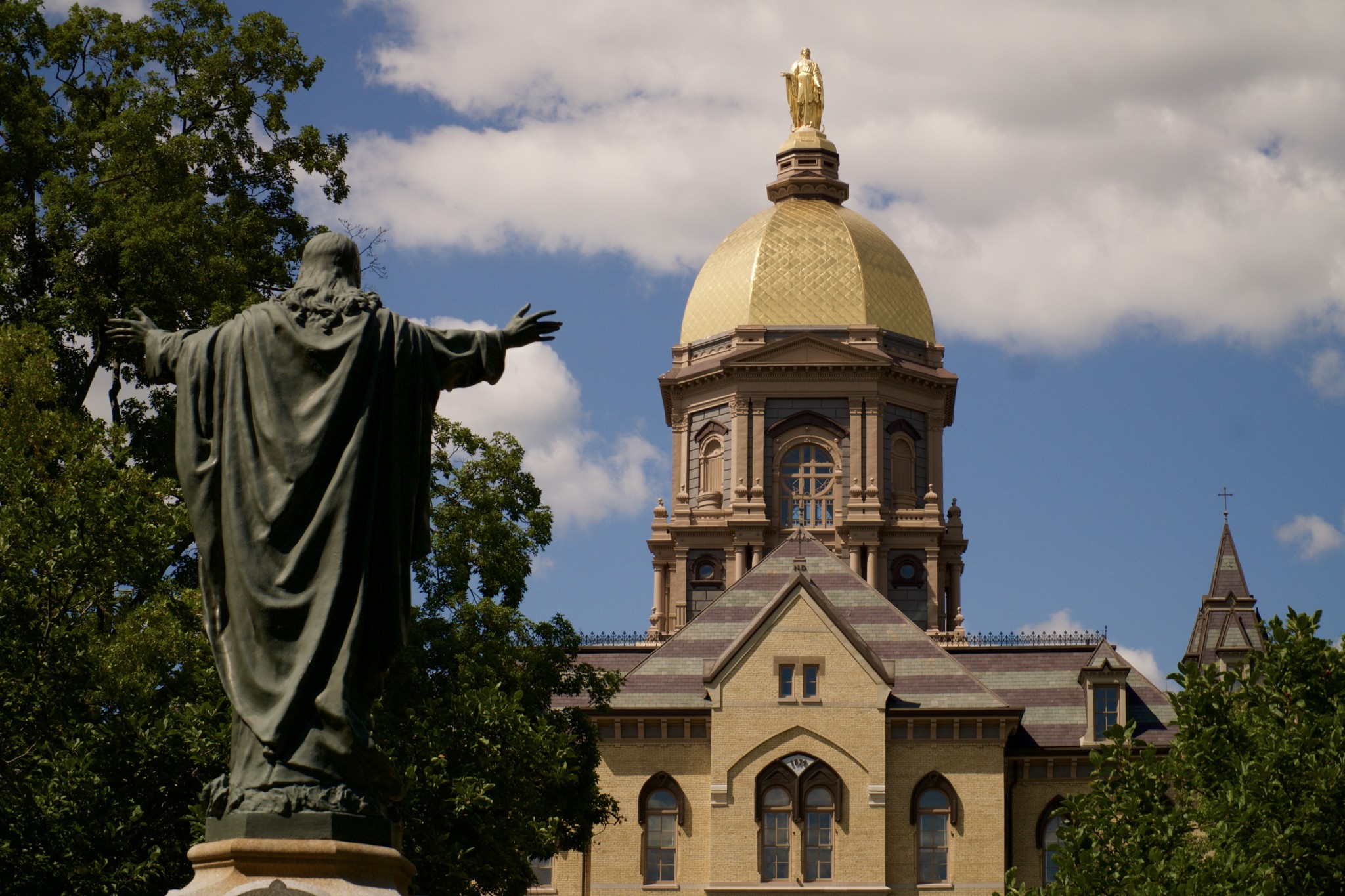 The nation’s flagship Catholic university is getting into the business of the occult.

The University of Notre Dame is selling tarot cards that can be used for divinatory purposes and witchcraft guides that teach readers magic spells. The products are being sold in its bookstore, which is newly under the management of Barnes & Noble.

The tarot cards and witchcraft guides sold by Notre Dame include Beginner’s Guide to Tarot; The Black Arts: A Concise History of Witchcraft Demonology, Astrology, Alchemy, and Other Mystical Practices Throughout the Ages; Mood Magick: Wellness Spells and Rituals to Find Balance in an Uncertain World; and Witchcraft Therapy: Your Guide to Banishing Bulls**t and Invoking Your Inner Power.

When the university’s Catholic student newspaper inquired with the bookstore about why these products were being sold, its trade operations manager, Colleen Jones, retorted: “Don’t we teach all religions?”

She continued, “We are an academic university that looks at things from every side so that students can know the whole picture to try to make a conscious decision. Some of the books that we teach are also some of the books that might be offensive, but you have to expose people to things to let them know about them.”

Not everyone was sold on that explanation.

The Rev. Terrence Ehrman, an assistant teaching professor at the university, told the Catholic student newspaper, the Irish Rover, that the products should not be sold or promoted in any way.

“I can see there being a book about astrology and its falsehood, but not a book promoting its practice,” he argued. “There’s no defense for having the cards themselves and books promoting their practice. There is no way this falls under academic freedom.”

Ehrman said that the Catholic Church “radically rejects all of this stuff as ungodly.” He explained that the former chief exorcist of Rome, Gabriel Amorth, taught that these occult practices are ways of entering into a relationship with Satan. “This all deals with the first commandment to love and worship God alone, to have no other false gods,” Ehrman said. (READ MORE: Notre Dame Requires Gender Ideology Training Session)

Amorth once described occultism as “the great umbrella under which all the practices and forms of satanic adoration are gathered in order to be drawn upon by those who wish to profit from its gains.” He said, “The most significant forms of occultism are magic, astrology, fortune-telling, or spiritism.”

The book Notre Dame is selling on the “black arts” is described as “An exploration of the practice, theory, and underlying rationale of magick and occultism in all its branches, including witchcraft, spells, numerology, astrology, alchemy, kabbalah, tarot, charms, summoning and control of spirits.”

Another book says: “Discover magical solutions to cope with whatever life throws your way in this fun self-help guide to invoking your inner power.”

Notre Dame has occasionally had problems with the occult. In 2020, a giant red pentagram was found painted on the mirror of a women’s bathroom and a priest was dispatched to bless the building. That same week, a campus painting of the Virgin Mary was destroyed.

Notre Dame did not respond to a request for comment.