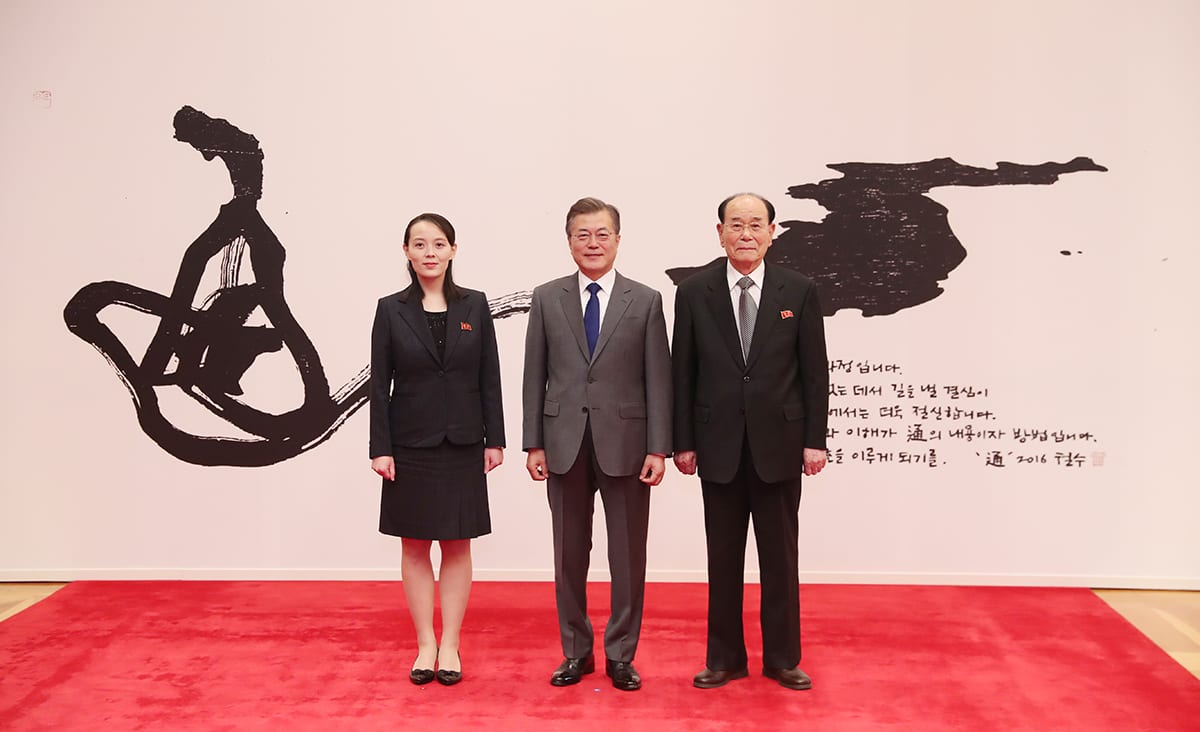 With all that has happened so far this year, one cannot be too surprised that the North Korean situation has also taken a turn for the worse. After several years of seeming détente, the hermit kingdom has abruptly ceased communications with South Korea, resumed threatening its neighbors with nuclear annihilation, and turned its back on the United States. Things appear to be reverting to prior antagonisms, though now with Kim Jong-un’s sister, Kim Yo-jong, taking an outsize role ever since the supreme leader’s recent presumed health scare.

Negotiations between North Korea, South Korea, and the United States had essentially been left at an impasse since talks broke down during the Hanoi summit last February. The famous June 2019 DMZ summit, in which Donald Trump became the first U.S. president to enter North Korea during his meeting with Kim Jong-un and South Korean President Moon Jae-in, had ended with a cordial agreement to continue talks, but little else.

Since then, tensions between the two Koreas appear to have boiled over last Tuesday, with North Korea cutting all communication with the South, including a hotline between the leaders of the countries that was established in 2018 as a gesture of goodwill. The tipping point supposedly came in the form of balloons — specifically, balloons packed with leaflets denouncing the Kim regime being released across the DMZ by defectors. South Korea has been attempting to ban these leaflet drops and break up the activist groups responsible, but it seems that Moon Jae-in’s government acted too late to pacify the North.

On top of cutting ties with its neighbor, North Korea has also blown some hot air in America’s direction (what’s new?). After the U.S. State Department cautiously stated that it was “disappointed” that communications were cut, the head of the North America department of the North Korean foreign ministry, Kwon Jong Gun, demanded the U.S. “keep its mouth shut” and seemed to threaten to meddle in the upcoming U.S. presidential election.

None of this is new or surprising, though if the situation further deteriorates it may mark a tragic end to several years of sincere diplomatic efforts. What is interesting in this case is who has been the source of North Korea’s latest round of threats. Kim Yo-jong, the 32-year-old younger sister of Kim Jong-un, has been making official statements claiming imminent direct military action against the South.

Many Americans are already familiar with the younger Kim, having witnessed the incessant speculation about potential Kim dynasty heirs back in April when Kim Jong-un, whose oldest child is 10, was thought to have died based on unconfirmed rumors.

Of course, much like her brother, Kim Yo-jong’s rhetoric is all bark and no bite. What’s worthy of consideration is the simple fact that she has been so rapidly elevated as a public face of the North Korean government. Perhaps the reason for her promotion is mundane — just Kim Jong-un bestowing extra authority upon a favored family member.

Or perhaps, given his long, unexplained absence recently, the supreme leader had a genuine health scare and is lining up a successor. Kim Yo-jong is thought to currently lack the military chops to become commander-in-chief, though one wonders how much military expertise there is to go around in a country that hasn’t fought a war since the 1950s. Presumably, the saber-rattling is just proving her martial competence to her brother’s inner circle, and not indicative of any actual danger to world peace. One would hope.