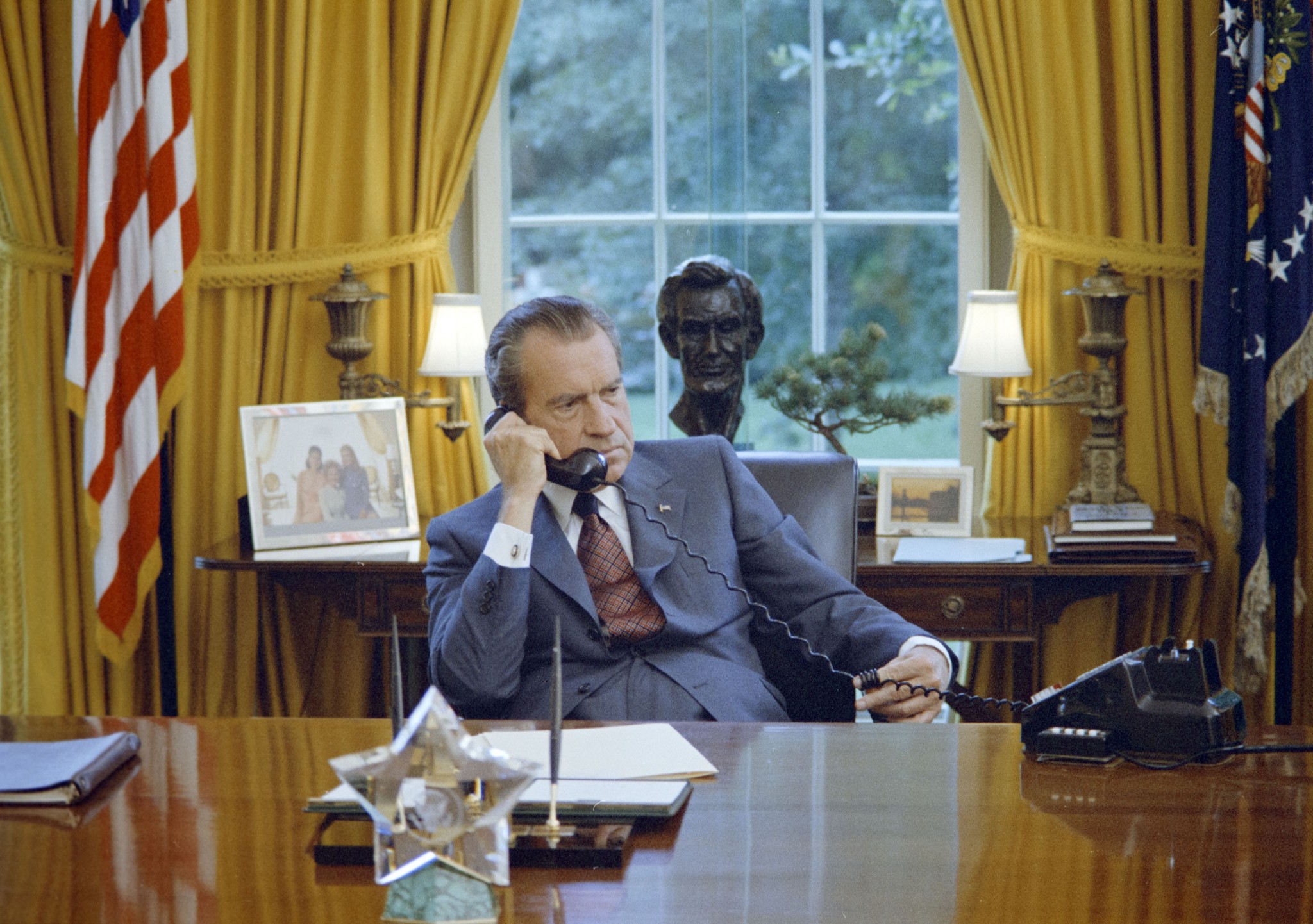 Winston Churchill once remarked that history would treat him well because he intended to write the history. And he did. Churchill’s histories of the first and second world wars — 17 volumes in all — frame those conflicts to place his decisions and judgments in the best possible light. Churchill achieved his goal: history has treated him well, mostly because he deserved it.

Richard Nixon, after resigning the presidency on August 8, 1974, also worked tirelessly to rehabilitate his historical reputation. He wrote his memoirs, entitled RN; an autobiographical book entitled In the Arena; a book on leadership entitled Leaders; and several insightful books on U.S. foreign policy. But unlike Churchill, history has not treated Nixon well. The shadow of Watergate continues to deny Nixon his rightful place in history as a great president.

Nixon did nothing in Watergate that FDR, John Kennedy, and Lyndon Johnson didn’t do. Political espionage and cover-ups are as old as politics.

As we approach another Watergate anniversary, when the mainstream media will likely again tout the Woodward–Bernstein version of events, it is worth recalling Nixon’s accomplishments as president and placing Watergate in proper historical context.

Nixon’s “opening to China” is rightly considered a geopolitical masterpiece. Nixon’s move did not cause the Sino-Soviet split, but it did exploit it and make it wider. His “triangular diplomacy” succeeded in positioning the United States closer to China and the Soviet Union than they were to each other. This helped set the stage for the end of the Cold War on terms very favorable to the United States and the West. Nixon set forth that winning strategy in his books The Real War and Real Peace.

Nixon also ended America’s participation in a divisive and ill-conducted (by his two Democratic predecessors) war in Southeast Asia without abandoning our South Vietnamese ally — the Democrats in Congress did that after Nixon resigned. His “Vietnamization” policy was expanded into the Nixon Doctrine, which relied on local allies to serve as America’s clients and act as the “first line of defense” of America’s interests in certain regions. Nixon explained his perspective on the lessons of the war in Southeast Asia in his book No More Vietnams.

He also implemented policies in the Middle East that greatly diminished Soviet influence in the region during and after the 1973 Yom Kippur War, saving Israel from impending defeat, initiating a nuclear alert to deter Soviet intervention in the war, and setting the stage for the Camp David Peace Accords in the late 1970s.

In Nixon’s last book, Beyond Peace (1994), he cautioned Americans that the end of the Cold War did not mean the end of conflict or permanent peace. The world, he wrote, “is not a blank canvas on which we can paint our vision.” Nixon predicted that a Russia that reverted to authoritarianism would try to extend its influence over Ukraine and other countries in Eastern Europe. China, he predicted, “will become an economic and military superpower” in the 21st century.

At its essence, Watergate involved political espionage by the Nixon reelection campaign that, when it came to light, Nixon sought to cover up, or at the very least discussed covering it up. It has been embellished by the Left and the mainstream media (I know that is redundant) as the political crime of the 20th century and as an assault on our constitutional government. British historian Paul Johnson was closer to the truth when he called Watergate a Democratic-media putsch designed to reverse the 1972 election. The Left and the media hated Nixon ever since he helped expose Alger Hiss as a Soviet agent in the late 1940s.

Nixon did nothing in Watergate that FDR, John Kennedy, and Lyndon Johnson didn’t do. Political espionage and cover-ups are as old as politics. Using agencies of government to investigate, silence, and harass political opponents is something that has happened before under Democratic and Republican presidents, and it continues to happen. Inquisitive readers might want to read Victor Lasky’s 1977 book It Didn’t Start With Watergate.

Although you wouldn’t know it from the media, the Woodward–Bernstein Watergate story is not the only version of what happened. Jim Hougan’s 1984 book Secret Agenda and Len Colodny’s and Robert Gettlin’s 1991 book Silent Coup offer competing and more sinister versions of the real Watergate story. Meanwhile, Geoff Shepard exposed what he calls the collusion among special prosecutors, judges, the media, and Democrats in their effort to destroy Nixon’s presidency in The Real Watergate Scandal (2015).

But even assuming the worst about Nixon and Watergate, how does Nixon’s conduct compare to a president who authorized trial for civilian opponents of a war in military courts or who ordered the military arrest of state legislators in Maryland who favored secession to prevent them from voting to secede (Lincoln); or a president who prosecuted and imprisoned vocal opponents of his policies, including political opponents or who effectively shut down newspapers that disagreed with his war policy (Wilson); or a president who forcibly removed from their homes and imprisoned in government-run camps 120,000 people of Japanese ancestry who had committed no crimes or acts of sabotage (FDR); or presidents who used federal agencies to spy on the campaign of his political opponent (Lyndon Johnson and Barack Obama)?

Historians and scholars and journalists are willing to overlook Lincoln’s, Wilson’s, FDR’s, and Johnson’s awful conduct when ranking them as presidents. And they were virtually cheerleaders for Obama. Lincoln, Wilson, and FDR, they explain, were war presidents. Lyndon Johnson signed the Civil Rights Act and launched a “war on poverty.” Obama was the first Black president.

Richard Nixon was a war president, too. But the Left didn’t approve of the Vietnam War, so Nixon is treated differently. Liberals in academia and the media cannot overlook Watergate. For them, it is the stain that forever marks the Nixon presidency. The mainstream media, especially, is invested in Watergate — it is their greatest triumph. It confirms their self-proclaimed role as guardians of the “truth” and protectors of the Republic. Watergate has enabled Bob Woodward to profit from his books about later presidents — all filled with anonymous sources and negative portraits of those who refuse to cooperate with the author. And the Washington Post’s reputation to this day depends on Watergate, even as it continues to function effectively as an arm of the Democratic Party.

Richard Nixon deserves to be treated better by history, but that won’t happen as long as history is written, taught, and popularized mostly by liberals.