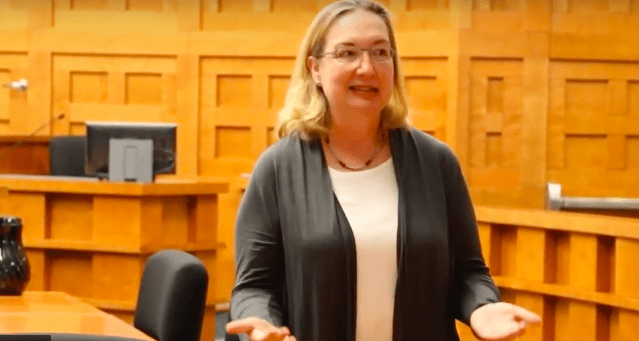 This is a wonderfully complicated legal essay, as “Things Nixon” can sometimes be — pretty much the epitome of what Professor Karl Llewellyn described in his classic 1930 lectures on the law and law school, titled The Bramble Bush.

During the course of a two-hour hearing this past Tuesday, October 8, before D.C. District Court Chief Judge Beryl Howell, the Department of Justice (DOJ) sought to distinguish former Chief Judge John Sirica’s 1974 ruling approving the sealed transmittal of otherwise secret grand jury materials regarding Richard Nixon to the House Judiciary Committee (HJC). Those materials, quickly nicknamed the “Road Map” (because it was claimed they would lead HJC to recommend Nixon’s impeachment), remained sealed for 45 years, until partially unsealed by Howell’s October 11, 2018 order issued in response to my recent petition.

Sirica’s 1974 approval of the Road Map’s transmittal was upheld on appeal by the D.C. Circuit Court in Haldeman v. Sirica, sitting en banc (that is, with all of its nine judges participating). Just last year, however, that same circuit court held in McKeever v. Barr that judges (at least within the D.C. Circuit) lack any discretionary authority to unseal grand jury testimony other than that specified in Rule of Criminal Procedure 6(e). Howell relied on that decision to dismiss my petition to unseal the remainder of the Road Map, as well as the parallel effort by Benjamin Witte. (What she had ruled earlier was that those portions of the Road Map that had already become public in other forums, including HJC’s report on its impeachment deliberations, could be released in a single format.)

In the meantime, in 2011, then-Chief Judge Royce Lamberth ruled that he did have such discretion — and ordered the unsealing of Richard Nixon’s grand jury testimony that had been taken in 1975, almost a year after he had resigned the presidency. While DOJ opposed this unsealing, it declined to appeal Lamberth’s decision, no doubt fearful of a circuit court holding expanding Lamberth’s unsealing rationale.

Thus, the state of the law (again, within the D.C. Circuit) appears to be that grand jury secrecy rules prohibit any disclosures outside of Rule 6(e), except for those involving Richard Nixon. One is reminded of former Solicitor General Bob Bork’s observation in Saving Justice, his 2013 book about being solicitor general:

As I slowly realized, the unspoken rule was that Nixon was not to win any cases. That’s not to say that the office of the presidency did not win any cases, for it certainly did. But the closer any particular case got to Richard Nixon the person, the quicker it was rejected.

Given this somewhat muddled state of affairs, DOJ found itself at Tuesday’s hearing reportedly responding to Howell’s question of whether or not Sirica’s Road Map ruling had been correctly decided by saying that, while it was correct at the time, if presented with the same facts today, the ruling might be different. This elicited the following response from the good chief judge: “Wow! The department is taking an extraordinary position in this case.”

What DOJ attorneys know and Howell has been told, but certainly did not want to discuss in open court, is that Sirica’s 1974 conduct and rulings are tainted by highly unethical interactions between the judge and members of the Watergate Special Prosecution Force (WSPF). I touched upon part of this in an earlier essay, but here’s the full backstory.

When WSPF prosecutors learned that Special Prosecutor Leon Jaworski had reached an agreement with Sirica that they would not indict a sitting president, they focused on getting their key grand jury testimony to the HJC, where it could be used as the basis for Nixon’s impeachment. They hit upon the very creative, but unprecedented, idea of a sealed grand jury report. Worried that, unless forewarned in advance, Sirica might reject their idea out of hand, they decided to approach him privately, in advance of any proposed ruling. This is all laid out in Philip Lacovara’s January 21, 1974 memo to Jaworski. Lacovara’s recommended secret meeting occurred on February 11 and is described in Jaworski’s own memo to his confidential Watergate file. Needless to say, such ex parte meetings between judges and prosecutors (and this was one of many that Sirica held with WSPF prosecutors) are highly suspect. Had this one become known, Sirica would have been removed from all aspects of the Watergate cases. Even today, it certainly taints his Road Map rulings.

Perhaps worse, Archibald Cox — the original special prosecutor — had become so worried about Sirica’s bizarre Watergate rulings that he feared prosecutors would prevail at trial only to find their victories reversed on appeal to a decidedly liberal circuit court. Indeed, Sirica was already the most reversed judge in that circuit, largely because of his pro-prosecution rulings that trampled defendants’ rights of due process. As a consequence, Cox met secretly with Chief Judge David Bazelon of the D.C. Circuit and urged him to hear all appeals from Sirica with his court sitting en banc, which would preserve Bazelon’s razor-thin one-vote liberal majority. Sure enough, that court heard all 12 appeals from Sirica’s criminal Watergate trials sitting en banc, and all but one of his rulings were upheld.

Oh, and one other thing. The WSPF Report, dated October 1975, in describing the Road Map, states,

The grand jury recommended that the sealed materials accompanying the report be transmitted to the House Judiciary Committee. The materials included 12 recordings of Presidential conversations and testimony pertinent to President Nixon’s involvement in the Watergate matter.

This late disclosure came as something of a surprise, since these were tapes that D.C. district and circuit courts had previously ruled were unreachable by Congress, due to the “separation of powers” structure of our Constitution. While all the court rulings indicated that judges had reviewed the Road Map materials in reaching their respective decisions, it now appears they went out of their way to avoid any mention of the inclusion of these tapes.

What is one to conclude regarding this intriguing state of legal affairs — other than that “too many chiefs spoil the soup”? I submit it is this: Documents that recently have come to light indicate that all sorts of legal corners were cut in the all-out effort to undo Nixon’s 1972 reelection victory and to drive him from office. We should be most alert that the same shortcuts are not being used to do the same to President Trump.