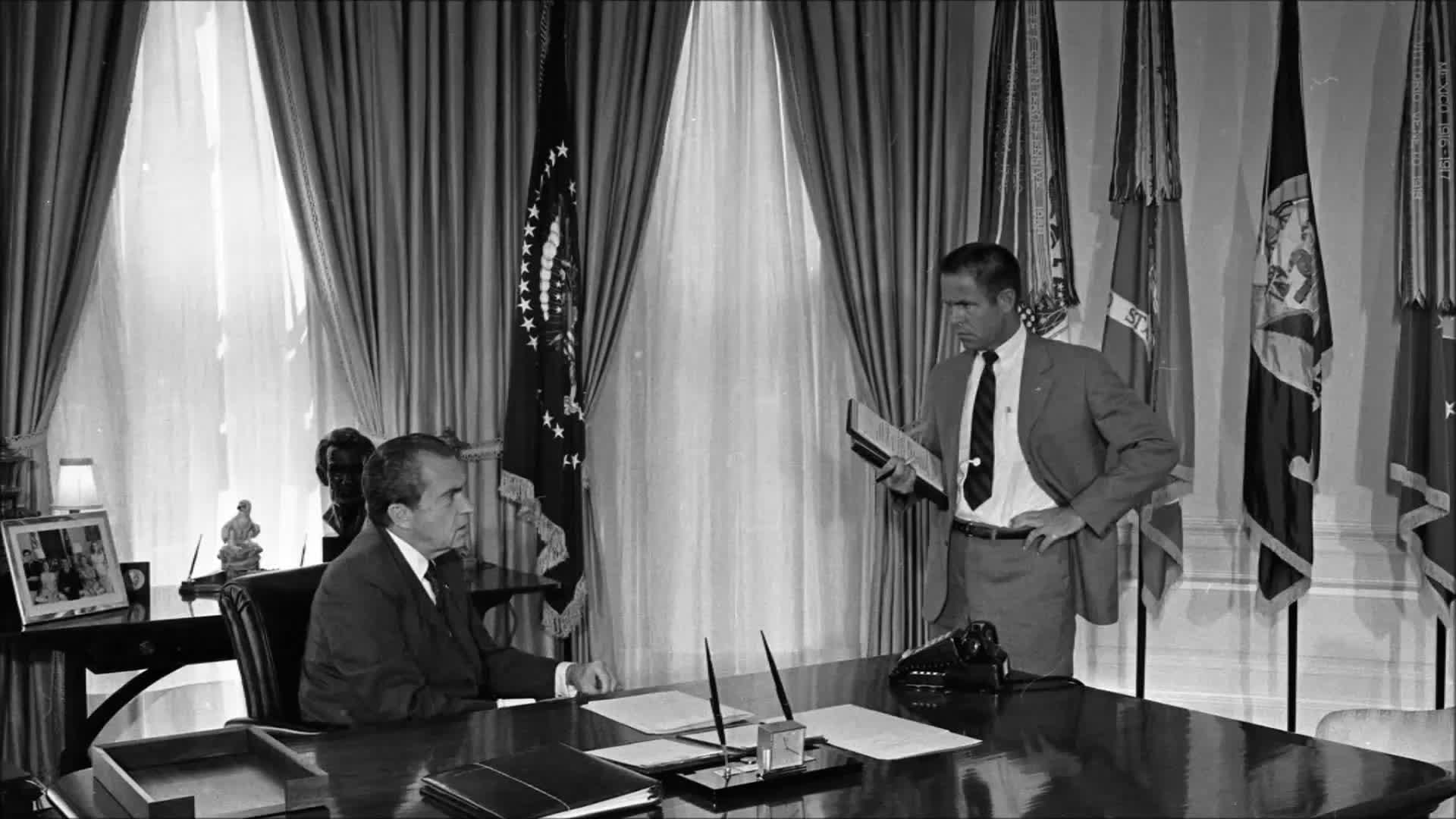 In his book Saving Justice: Watergate, the Saturday Night Massacre, and Other Adventures of a Solicitor General (2013), Bob Bork made the following observation:

As I slowly realized, the unspoken rule was that Nixon was not to win any cases. That’s not to say that the office of the presidency did not win any cases, for it certainly did. But the closer any particular case got to Richard Nixon the person, the quicker it was rejected.

the petitioner is not entitled to these materials. McKeever held that Federal Rule of Criminal Procedure 6(e)’s exceptions to grand jury secrecy are “exhaustive” and are the product of “a carefully considered policy judgment by the Supreme Court in its rulemaking capacity, and by the Congress,” which district courts may not “circumvent” or “disregard” by invoking “inherent authority” over grand jury materials.

The McKeever decision is in apparent conflict with earlier decisions by the Second and 11th Circuits, who have fashioned an inherent authority for judge-made exceptions to grand jury secrecy in cases of historic significance.

Only time will tell which version will prevail, but it is the back-story within the District of Columbia itself that is quite troubling for those who believe in the even-handed administration of justice.

You see, there are two earlier decisions within the District that are apparently overruled by McKeever — and yet this was done without any real discussion or analysis by the Circuit Court.

The first case arose when Watergate defendants John Mitchell and Bob Haldeman challenged the propriety of the grand jury, submitting a report to Chief Judge John Sirica and asking that it (along with an accompanying briefcase filled with additional grand jury materials) be transmitted under seal to the House Judiciary Committee, which was then considering President Nixon’s impeachment.

Judge Sirica had been approached secretly by prosecutors in advance: See Philip Lacovara memo of February 7, 1974, urging such an ex parte meeting and Leon Jaworski memo of February 12, 1974, describing that meeting. It is little wonder, then, that he found he had the authority to do this and ordered transmittal of what has become known as the “Road Map.” Sirica’s action was affirmed on appeal by the D.C. Circuit Court sitting en banc in Haldeman v. Sirica (1974).

There matters stood (again, within the District) until 2011, when historian Stanley Kutler and some 30 other professors petitioned Chief District Court Judge Royce Lamberth to unseal Richard Nixon’s grand jury testimony, which had been taken over three days beginning on July 25, 1975 — almost a year after he had resigned as president. Kutler urged the D.C. Court to fashion an exception to grand jury secrecy rules set forth in Federal Rule of Criminal Procedure 6(e), based on “historic significance,” as had been done in several decisions by the Second Circuit (which had unsealed grand jury testimony by Julius and Ethel Rosenberg, as well as by Alger Hiss). Although this disclosure was opposed by the Department of Justice — as well as by myself, in an amicus brief — Judge Lamberth ruled in favor of the Kutler petition.

The Kutler Petition also is what triggered my own involvement. This was summarized in the Joint Status Report, filed earlier this week (on August 14, 2019), before current Chief Judge Beryl Howell.

My own Petition (having lingered without disposition for some eight years) was dismissed by Chief Judge Howell the same day the above Joint Status Report was filed. Thus, the law of grand jury secrecy within the District of Columbia, at least as interpreted by the current Chief Judge, is that judges are without authority to unseal grand jury material, other than on the basis of exceptions contained in Rule 6(e) — and yet in Nixon’s case, the Road Map’s transmittal and the release of his grand jury testimony had been blessed by two of her predecessors as Chief Judge: John Sirica and Royce Lamberth.

I don’t really care which it is: Either judges have the inherent authority to unseal otherwise secret grand jury materials or they don’t. Perhaps at some future point, in a case not involving Richard Nixon, another Chief Judge will distinguish McKeever and find that judges do have the right — and perhaps even the obligation — to review otherwise secret grand jury materials that are the subject of credible claims of prosecutorial abuse.

The law needs to be consistently applied. The cry during Watergate was that “No man is above the law.” It was and remains true, but those of us who believe in the Rule of Law also expect its uniform application. Such has not been the case with Richard Nixon — as observed above by Bob Bork — and the recent dismissal of my Petition is yet another example. You might even say that Richard Nixon has been “Borked” again.

Geoff Shepard joined the Nixon Administration as a White House Fellow upon graduation from Harvard Law School and then served for five years on the White House Domestic Council. He also acted as principal deputy of Nixon’s Watergate defense team (thereby losing his first case!). More of his writings can be found on his website: www.geoff@geoffshepard.com.