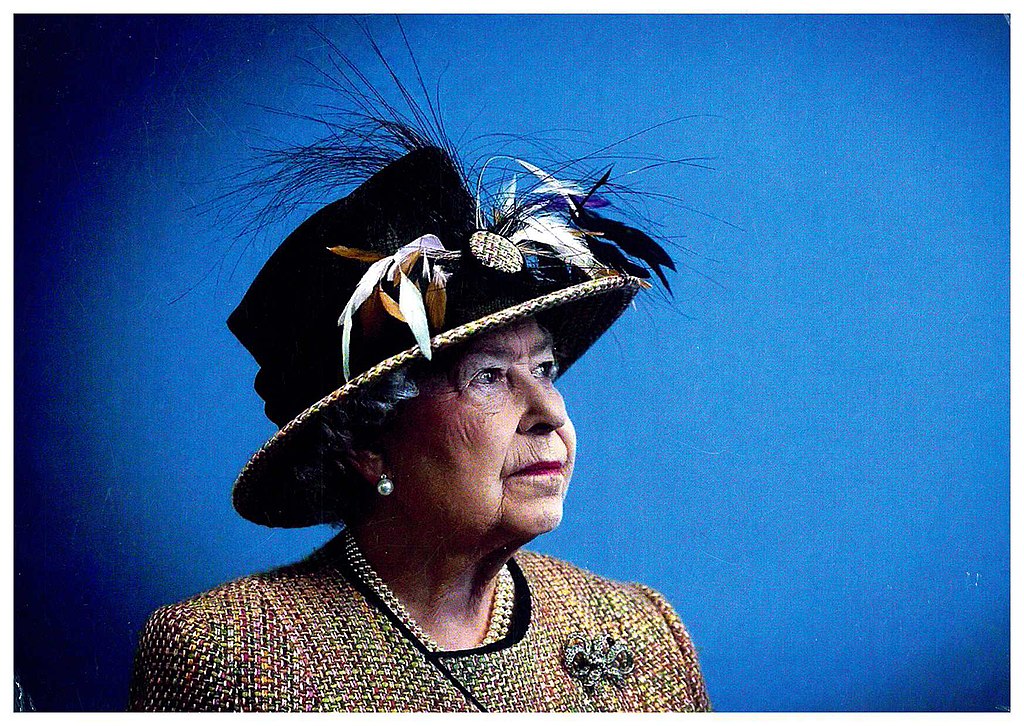 This royal throne of kings, this scepter’d isle,
This earth of majesty, this seat of Mars,
This other Eden, demi-paradise,
This fortress built by Nature for herself
Against infection and the hand of war,
This happy breed of men, this little world,
This precious stone set in the silver sea,
Which serves it in the office of a wall,
Or as a moat defensive to a house,
Against the envy of less happier lands,
This blessed plot, this earth, this realm, this England.

People on the left — which encompasses everyone brainwashed by academia and media into the anti-Western cult of the last half-century — do worse than dismiss the global mourning over the death of Queen Elizabeth II. They condemn her. To learn just how vilely, read my American Spectator colleague Paul Kengor’s saddening, maddening article on the subject. Paul states that our progressive universities have spawned an extreme hatred of Western civilization combined with total classlessness. Hence, the monarchy of a beloved lady who elevated tradition, dignity, patriotism, Christianity (Fidei Defensatrix — “Defender of the Faith”), and feminine grace for seven decades stood like a cross before the SJW vampires now seeking to feast on her royal blood.

What makes them such soulless creatures is not simply the Marxist claptrap shoved down their silver spoon–fed throats, but also what gets omitted from their education — 800 years’ value of the greatest history, literature, art, and beauty the world has known, created on the tiny, misty, windswept island between the Atlantic Ocean and the North Sea that Elizabeth ruled. An island that by the grace of God and the faith of one sickly king, Alfred the Great, survived overwhelmingly chaotic forces to dominate the world, not perfectly, but — despite leftist opprobrium to the contrary — benevolently.

Yes, Britain once practiced slavery. It also abolished it before America did, and without the threat of a civil war, only that of eternal damnation. Pay attention to the lyrics of the glorious Christian hymn “Amazing Grace,” and you can sense the agony of its composer, John Newton, a former English slave ship captain who spent the rest of his life atoning for his work and, as an Anglican minister, decrying slavery. God blessed the land that ended this evil, but the Left still damns it.

You can bet the ignorant rabble now cursing England and her magnificent late queen never enjoyed the heroics and tragic loves of King Arthur and his Knights of the Round Table, fictionalized way back in the 12th century by Geoffrey of Monmouth in The History of the Kings of England. Nor traveled with two dozen colorful, storytelling pilgrims to St. Thomas Becket’s shrine in Canterbury. Nor marveled at the universal humanity of Hamlet, Macbeth, King Lear, Henry V, and other immortal characters from one incomparable mind in some of the most magnificent works and words (such as those at the top from Richard II) ever written. Nor cheered on an island-marooned man overcoming inconceivable loneliness to build a refuge in the wilderness. Nor appreciated the spiritual Yuletide transformation of a miserly old wretch into a generous new soul. Nor followed the world’s greatest detective down the fog-shrouded streets of Victorian London. All these and much more have been deprived them, replaced by banal, propagandistic, anti-human, deconstructive rot.

And, of course, they have nothing but the utmost contempt for the most popular secret agent of all time, a British pulp hero they deem a sexist pig and toxic male, who made the whole world think of England. They will never experience, as I and my friends did, the absolute thrill of sitting in a dark movie theater awaiting the start of The Spy Who Loved Me (1977). Even though we knew Roger Moore was no Sean Connery, we always hoped for the best, and we got it in the pre-credits sequence.

Bond lies on a polar bearskin rug (snowflake trigger one) making out with a sexy blonde (trigger two) then skis away on a mission. Pursued and shot at by four enemy agents, the famous Bond theme playing, he kills two men and speeds toward a dead end — a jaw-droppingly high cliff. With CGI nonexistent, Bond flies off the clifftop and begins the long drop to his doom. After almost 20 seconds of us holding our breath, a parachute pops out of his backpack brandishing the Union Jack. In that moment, everyone around the world was English, and Elizabeth our queen. Today, the same woke fools who disdain the queen control James Bond, and they killed him long before they blew him up in a stupid missile strike at the end of a lousy film.

But they couldn’t destroy the British monarchy. Elizabeth, unlike James Bond, proved too powerful and durable for them. She was the ultimate strong woman leftists always claim to idolize but actually fear when she doesn’t subscribe to their lunacy. Because, as another American Spectator colleague, Larry Thornberry, wrote in his fine piece here, Elizabeth was a conservative — so much of one, she didn’t feel the need to prove it, except by example. And nobody did it better.

This, for instance, is the 21st anniversary of 9/11. Two days after the horrible attack on America, a solemn crowd gathered at Buckingham Palace to witness the Changing of the Guard, traditionally capped by the rendition of God Save the Queen. Instead, on the order of the queen, the Coldstream Guards began to play The Star-Spangled Banner. It brought tears to everyone’s eyes, those present or watching on television, including mine. Such moments don’t come around very often in a lifetime. Neither do leaders like Queen Elizabeth II. She elevated a great nation.