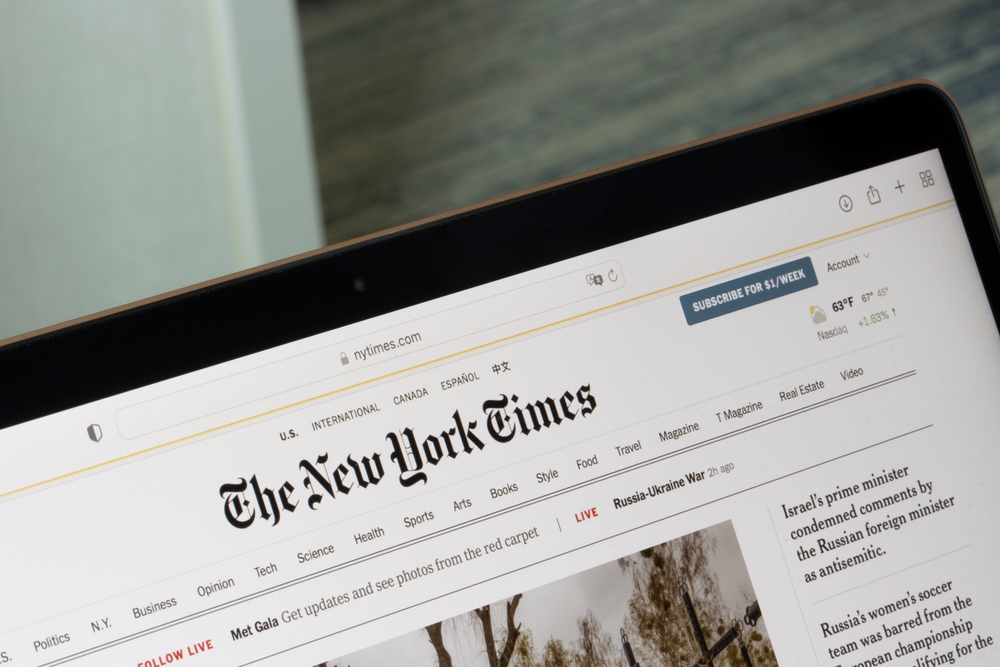 It never ceases to amaze.

Here’s the headline from the New York Times this very week:

The story, reported by Stuart A. Thompson, says this:

November’s midterm elections are still months away, but to many conservative commentators, the fix is already in. Democrats have cheated before, they say, and they will cheat again.

Never mind that the claims are false.

A caption in the piece reads this way:

On radio shows around the country, hosts have claimed that Democrats cheat to win elections, citing no evidence.

If it’s evidence about Democrats cheating in past elections that Thompson wants, I will be happy to oblige — and not for the first time in this space. I will (again) focus specifically on the well-documented evidence of Democrat cheating from the elections in my home state of Pennsylvania from 2008, 2012, 2014, 2015, 2016, and 2018.

But let me start (again) with this story from the New York Times that was published on February 19, 1994. The headline from the Times:

The story says this, with bold print for emphasis supplied:

This is called cheating. And even if all those conservative talk radio hosts mentioned in this article (and they will be listed below) are not familiar with all the specifics, they are more than aware in general of how Democrats play the game.

And there’s more evidence at hand for Thompson. Here’s this Fox headline from just last month:

And former Rep. Myers had help, as per the Department of Justice here in 2020:

A former Judge of Elections has been convicted for his role in accepting bribes to cast fraudulent ballots and certifying false voting results during the 2014, 2015, and 2016 primary elections in Philadelphia.

Domenick J. Demuro, 73, of Philadelphia, Pennsylvania, pleaded guilty during a sealed proceeding on March 16, 2020, before U.S. District Judge Paul S. Diamond to conspiring to deprive persons of civil rights, and using interstate facilities in aid of bribery. The court unsealed the matter today. Sentencing is scheduled for June 30, 2020.

During his guilty plea hearing, Demuro admitted that while serving as an elected municipal Judge of Elections, he accepted bribes in the form of money and other things of value in exchange for adding ballots to increase the vote totals for certain candidates on the voting machines in his jurisdiction and for certifying tallies of all the ballots, including the fraudulent ballots. Demuro further admitted that a local political consultant gave him directions and paid him money to add votes for candidates supported by the consultant, including candidates for judicial office whose campaigns actually hired the consultant, and other candidates for various federal, state and local elective offices preferred by that consultant for a variety of reasons. Demuro also admitted that the votes he added in exchange for payments by the political consultant increased the number of votes fraudulently recorded and tallied for the consultant’s clients and preferred candidates, thereby diluting the ballots cast by actual voters.

In 2008, I reported the following right here in The American Spectator:

A retired Pennsylvania Supreme Court Justice says that she is “not confident we can get a fair election” in the state come November.

Gleason was even more explicit.

“Between March 23rd and October 1st, various groups, including ACORN, submitted over 252,595 registrations to the Philadelphia County Election Board” with 57, 435 rejected for faulty information. “Most of these registrations were submitted by ACORN, and rejected due to fake social security numbers, incorrect dates of birth, clearly fraudulent signatures, addresses that do not exist, and duplicate registrations. In one case, a man was registered to vote more than 15 times since the Primary election.”

“Voter fraud is no longer just a Philadelphia problem,” Gleason said, with ACORN targeting key counties across the state.

That is called cheating.

In 2012, the Philadelphia Inquirer headlined this about the 2012 Obama–Romney election, which had taken place days earlier:

It’s one thing for a Democratic presidential candidate to dominate a Democratic city like Philadelphia, but check out this head-spinning figure: In 59 voting divisions in the city, Mitt Romney received not one vote. Zero. Zilch.

Cheating? Certainly the suspicion was there, even in Philadelphia’s liberal newspaper.

So what do we have here? We have conservative talk radio shows being accused by the New York Times of pushing a lie that Democrats cheat in elections. Yet, as the above evidence documents, Democrats do in fact do just that — and have been caught doing it.

The conservative hosts and shows named by the Times are as follows:

Other stations who had the subject of Democrats’ cheating mentioned are listed by the Times as KFAB in Omaha, KTRH in Houston, WZFG in Fargo, KEEL in Shreveport, KTLK in Minneapolis, WISN in Milwaukee, WPHM in Port Huron, KTKZ in Sacramento, and WGMD in Sussex County, Delaware.

Yes, in fact, Democrats cheat in elections. That has been repeatedly documented in my home state of Pennsylvania.

In short? All those conservative talk radio hosts are right.

And bravo to them and their stations and networks for speaking truth to power.