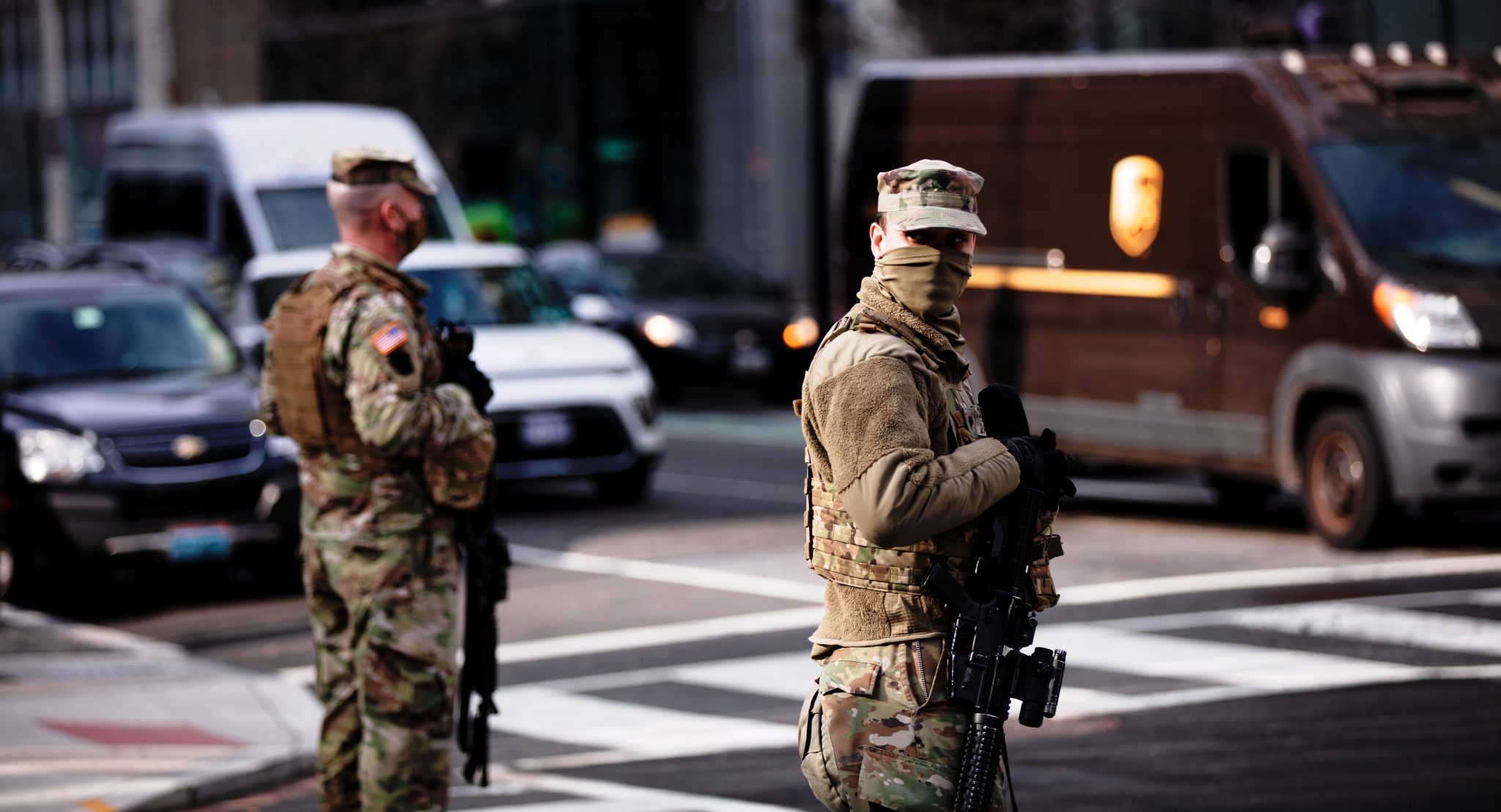 Washington, D.C. — “I’m going to need to see some identification,” a National Guardsman told me as I pulled up to a downtown security checkpoint.

I fumbled for my wallet and produced an expired, chipped driver’s license that has earned me several warnings from police officers in the past month. The guardsman glanced at it and waved me through.

Lackadaisical security check-ins have become common since more than 25,000 guardsmen descended on D.C. last week. I’ve heard reports of Capitol Hill workers breezing through security lanes and mantilla-draped church ladies rolling through Chinatown roadblocks uninhibited. In the most dramatic instance, an office worker near the White House convinced two guardsmen to move a Humvee so he could park his car in a locked-down garage.

Pedestrians wishing to enter The Zone may also do so without much hassle. The gates hanging off the seven-foot, non-scalable fence encircling the city’s core are almost always left open and unguarded. Inside, concrete barriers designed to prevent crowds from forming are easily stepped over.

National Guardsmen stand on nearly every street corner, holding unloaded guns and chatting amongst themselves. Many are bused in daily from the Virginia suburbs, where they spend their evenings eating pizza and playing video games. They’re generally pretty friendly people. This isn’t their day job, after all. They can afford to breathe a little.

But what a bizarre show they’re putting on. When I first visited The Zone, I was expecting an experience reminiscent of Soviet Russia, like something in a Tarkovsky film. City government releases urged me to avoid The Zone. If I really had to go, I was told, I had better have my “papers” ready, as well as a rehearsed explanation justifying my presence in The Zone. If that explanation was not satisfactory, I was to expect not to be admitted.

Nothing of the sort occurred. The National Guard’s presence is a spectacle, but not much of an impediment. For Washingtonians, life goes on much as it did before. Masked yuppies still line up outside coffee shops, careful to leave six feet between each other. Desperate protesters still fill the plaza behind the White House, demanding justice in all forms. And the homeless still wander the streets, confused and underserved.

In truth, not much is different because the city has already felt like a prison for almost a year now. The new fencing actually brightens it up a bit. Lipstick on a pig.

You would never know any of this from the way that government officials talk about The Zone. The occupation is advertised as a maximum security situation. Every day, the National Guard releases reports detailing the thousands of troops pouring into the city in advance of the inauguration. Mayor Muriel Bowser in press conferences dangles the possibility of harder lockdowns and more closures. Even FBI Director Christopher Wray, who has remained mostly silent during the past week of unrest, on Thursday referred ominously to vague threats necessitating the need for an intense military presence.

These sorts of statements are necessary for the success of the National Guard’s mission, which, incidentally, has little to do with putting down an insurrection. It probably won’t even mean warding off many protesters on Inauguration Day. The nation’s volunteer army reserve is in Washington for the purposes of political theater — to frighten the crowd that stormed the Capitol into staying home.

That strategy seems to be working. The massive protests that were rumored to be scheduled for this weekend did not occur, neither in D.C. nor in any other state. Only three people in D.C. have been arrested since the National Guard set up The Zone, a minuscule number compared to what was promised. All that remains to be seen is whether the scare tactics work on Inauguration Day.

My guess is that it’ll be all quiet in The Zone.